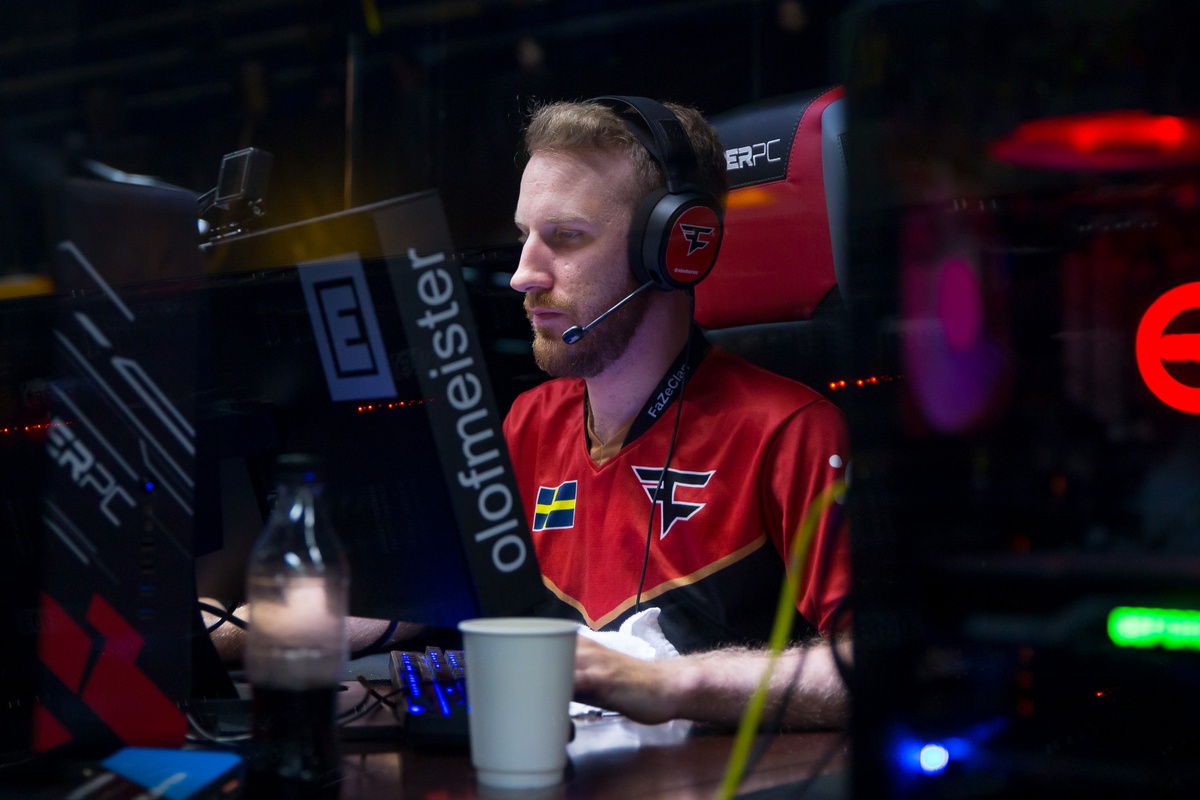 After the opening season of the 2015 North American League of Legends Championship Series, star mid laner Søren “Bjergsen” Bjerg said he felt a “strange pain on the back side of my left hand.”

About a year later, legendary Counter-Strike: Global Offensive player Olof “olofmeister” Kajbjer mentioned a “sore, uncomfortable” feeling in his whole arm during an interview with Fragbite.

Both players knew that pain could affect their performance.

Olofmeister’s arm injury forced his team, Fnatic, to skip the DreamHack Masters Malmo CS:GO championship in April 2016 with $250,000 on the line. Fnatic then finished third and fourth in tournaments during the three months he needed to recover. Before that, Fnatic had won the previous six tournaments in which they played.

Bjergsen didn’t miss League tournaments to recover from his hand injury. But he finished fifth at the 2015 Mid-Season Invitational with TSM three weeks after he first noticed his injury.  They had the second worst performance of the tournament, one that few would expect from the team that had just been the North American champions.

The performance drop of both Bjergsen and olofmeister was due to an inflammation in fibrous tissues called tendons. Clicking mouse buttons and mashing the keyboard requires these tendons to activate their associated muscles so that fingers and hands can move. Months of training and competition may result in overuse of these tendons and trigger the inflammation, a condition called tendinitis. That’s when players like Bjergsen and olofmeister start feeling mild pains and tingling in their hand, arm, wrist, or shoulders.

Many League players have had the same issue. In April, Invictus Gaming top laner and 2018 world champion Kang “TheShy” Seung-lok had to recover from a hand injury. Even Royal Never Give Up’s legendary bot laner Jian “Uzi” Zi-Hao, who won the Mid-Season Invitational 2018 with his team, considered retiring in 2015 due to a shoulder pain.

The issue is also widespread in CS:GO. Ladislav “GuardiaN“ Kovács from FaZe Clan, who has won three tournaments in 2018, felt so much wrist pain in early 2016 that he increased his mouse sensitivity to move his hand less when playing.

These injuries are rarely that painful to start, however.

It may take from six months to one year of tingling and discomfort for a health professional to say the hand injury is severe and has become chronic. Occupational therapist Mariane Campopiano says these injuries are “much more difficult to treat because they are already settled.” Campopiano has her own hand therapy office and is a member of the Brazilian Society for Hands and Upper Limbs Therapy, and her most recent academic work focuses on analyzing the most common upper limb injuries in esports and how to prevent them.

Players with chronic tendinitis have to take a break from competition to recover from the intense pain. The pain interferes directly with their performance and “they don’t have the agility or mobility to do the movements and to give function to their characters,” Campopiano says.

That’s when treating the injury is unavoidable, either with therapy or surgeries. Bjergsen had seen an occupational therapist and managed to control his pain almost completely before he went back to practicing in 2015, but other people with tendinitis may need to undergo surgery to stop feeling pain.

The extreme cases that require surgery are still usually simple to recover from. Campopiano says a player who underwent surgery for a common wrist inflammation like carpal tunnel syndrome can start moving their hand again in three days. They start recovering muscle strength in three weeks, and can go back to regular practice six weeks after surgery. They will then need some weeks of training to recover their previous accuracy and speed with the mouse and keyboard.

Bjergsen and olofmeister’s performances weren’t affected by their injuries in the long run. Bjergsen won the Summer Split of the NA LCS in 2017 with TSM two years after his tendinitis treatment started. Olofmeister won three championship titles with FaZe Clan in CS:GO in the second half of 2017. In 2018, he placed fourth or higher in most tournaments he played.

But what if these players were never injured in the first place? Would TSM and Fnatic have won the championships they lost without Bjergsen and olofmeister? No one can change the past. But teams can make sure events like this never happen again by preventing injuries altogether.

The easiest prevention would be to reduce tendon overuse by reducing practice hours, which is not something professional esports teams do today. Some teams, like the Overwatch League’s Shanghai Dragons, may practice up to 12 hours a day. If the team insists on such a schedule, Campopiano says health professionals like occupational therapists “would have to follow up with them to learn how to adapt this prevention to the routine of each team, game, and player.” Healthcare professionals could adapt prevention routines to be done before, during, and after the competitive season, regardless if any of these periods are too short or too long.

Some esports organizations already have healthcare professionals that include nutritionists and psychologists, but it’s hard to find one that has a physiotherapist or occupational therapist following their players’ routines. Fnatic’s League player sOAZ’s injury in March 2018 shows this might be true. SOAZ developed a wrist injury to the point of having to undergo surgery, which forced him to stop playing for a few weeks.

Long-term prevention doesn’t need to resort to less conventional methods to be effective. Campopiano explains that oddly-shaped ergonomic keyboards and vertical mice are made to reduce the risks of a hand injury, “but when you give a different peripheral to a player, this will affect their movement dynamics. They have to relearn the movement,” she says. “Many times this can have a negative impact on the player’s performance because they’re not used to it. For someone who depends on this to work, it’s a huge impact.”

The way to go might be having esports players instructed about ergonomics in the beginning of their careers. If they learn the safest hand positions to grip a mouse as soon as they leave their casual training routine, these hand injuries are less likely to happen.

A team doesn’t need to treat tendinitis if their players are never injured. Campopiano says this is the perfect scenario for prevention, and that a player’s expected career duration may increase a lot under this condition.

Players’ career in esports can be extended with proper prevention and treatment of hand injuries, though there’s no data yet on how much that would be. Campopiano estimates that professional players who start preventing injuries from the beginning of their career could play at the top level up to 30 years old, since our movement speed isn’t affected that much by aging until then. This could lead to a long-lasting new generation of professional players.

“Future professional players would hate to know their career could last only six years,” Campopiano says.