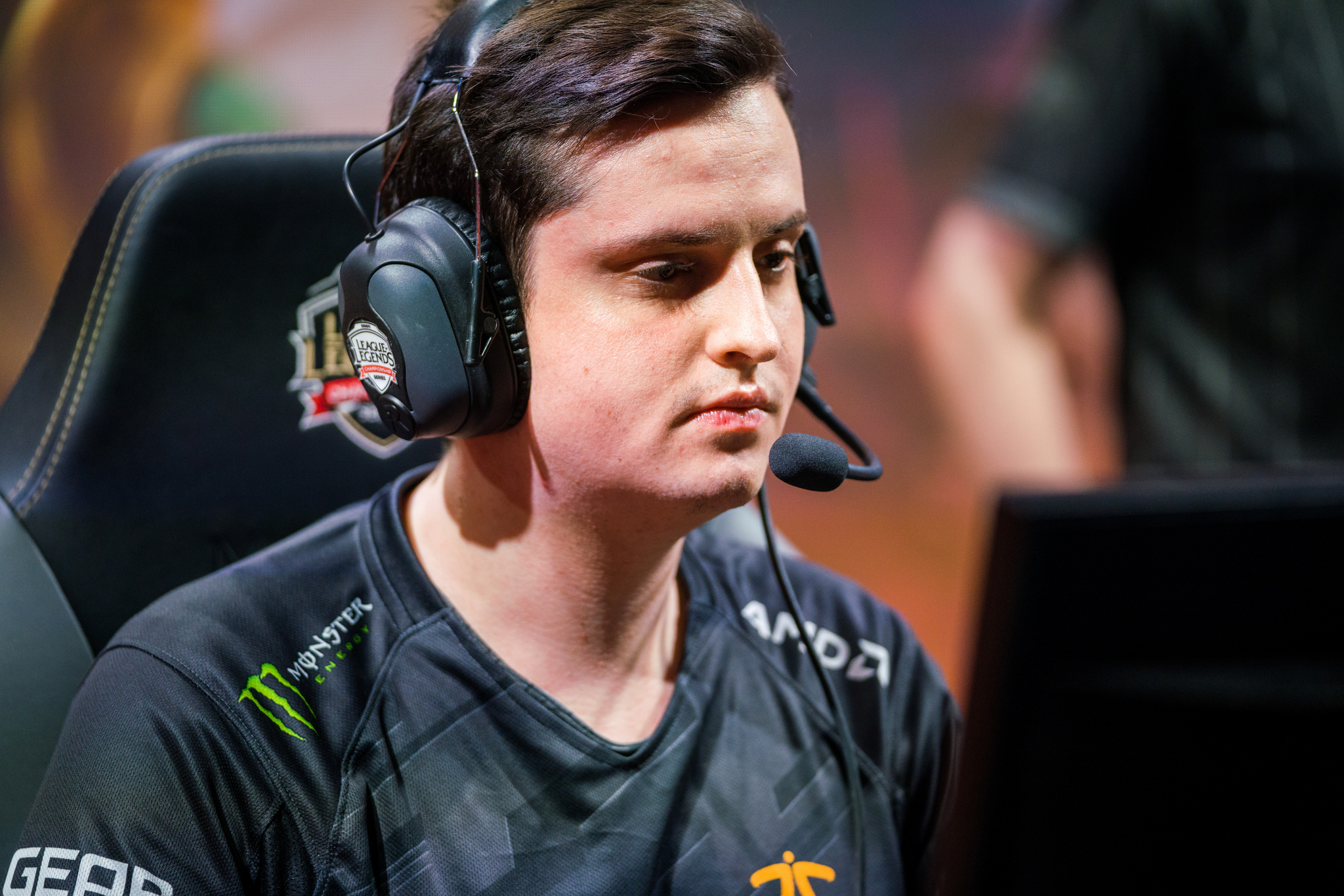 Fnatic is heading into the semifinals against Vitality this Saturday, but longtime top laner Paul “sOAZ” Boyer won’t be joining them, according to Fnatic’s Twitter announcement today.

The unspecified injury to his left hand is the culprit, and he’ll likely be unable to play for two to three weeks, according to sOAZ in Fnatic’s video. Originally, sOAZ was going to reveal his injury tomorrow, on the date of the surgery, but he felt it would be better to release it today so he could be the first one to speak to his fans about it.

Substitute top laner Gabriël “Bwipo” Rau will be stepping in for sOAZ until the end of Fnatic’s playoff run, whether that be this weekend or in the finals. This isn’t as bad as it sounds, because Fnatic’s top lane substitute-to-starter talent ratio isn’t nearly as different as most other teams in the NA and EU LCS.

In fact, Bwipo has already played a few times in sOAZ’s place this split, including weeks eight and nine against Unicorns of Love and Giants Gaming, respectively. He crushed the top lane against UOL, and although he didn’t exactly stomp his lane against Giants, Bwipo was still an integral part of Fnatic’s teamfighting strategy later in the game.

In other words, Fnatic’s fans have little reason to worry, because sOAZ’s lane should be in good hands while he’s away.

Fnatic’s semifinal bout against Vitality begins this Saturday, March 31, at 11am CT.