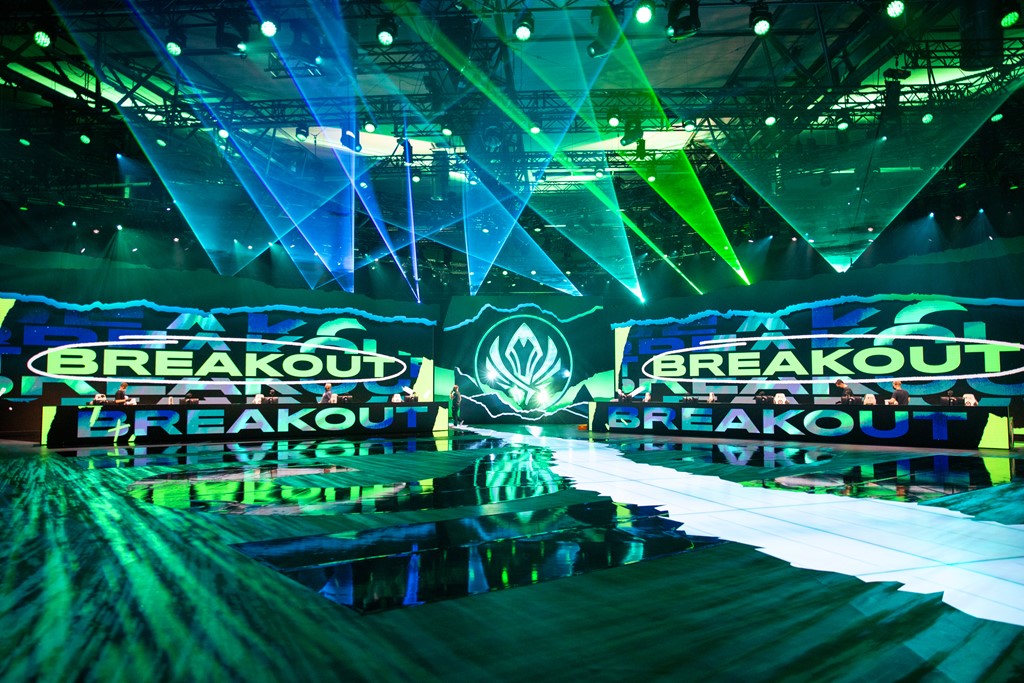 Pentanent.GG made history at the 2021 Mid-Season Invitational on May 9 by becoming the first League of Legends team from the Oceania region to make it out of the group stage at an international event.

Heading into the day, they had a tough schedule with games against the LPL’s Royal Never Give Up and the LCL’s Unicorns of Love. Although they lost to RNG, a single victory against the Unicorns of Love forced a tiebreaker scenario. And a win in that tiebreaker etched their names firmly in League’s history books.

Fast forward to May 17. After qualifying for the rumble stage, Pentanet’s journey was nothing short of brutal. They failed to win a game and were sitting at 0-6 heading into their match against the LCS representative, Cloud9. It was expected by many to be a one-sided affair in C9’s favor. But then, Pentanet surprised the world once again with a 37-minute victory, one of only three wins for the squad throughout the entire tournament.

Pentanet’s story is one that’s been seen time and time again for minor regions competing at international tournaments. Phong Vũ Buffalo won two games against G2 Esports in the group stage of MSI 2019. KaBum Esports took down Alliance at Worlds 2014. Albus Nox Luna beat the Rox Tigers at Worlds 2016. These minor regions, for all of their lack of resources, smaller player bases, and perceived weakness, take games off some of the world’s best when they’re given the opportunity to shine.

But is that enough? Is it worth it for these teams to go to international events, knowing that there’s only a slim chance of them taking home the title, simply for the conciliatory prize of saying they’ve taken a game off of a major region team? There’s only ever been one international champion from a minor region: the 2012 world champion Taipei Assassins, hailing from the LMS, which has since been absorbed by the PCS. Aside from this one historic performance, there have been few minor region teams who have managed to reach the same spectacular heights.

They’re expected to play spoiler to major regions, but we haven’t seen a minor region squad reach an international final since that fated Worlds in 2012. It’s clear, however, that international performance is important to these teams regardless of community expectations.

The road to international competition

To understand what international competition means to minor region teams, we have to look at what it takes for them to qualify for these events. A problem that minor region squads notoriously face is how top-heavy their talent can be, meaning that the best teams in the region don’t often have the opportunity to truly challenge themselves in scrims. PSG Talon, Pentanet.GG, and the Gigabyte Marines (who were ultimately unable to attend MSI 2021) dropped only a single game in the regular seasons of their domestic regions, and Detonation FocusMe only lost two.

PGG’s Pabu highlighted the difficulties his team had in terms of finding meaningful scrim practice domestically in an interview with Dot Esports, saying that he and his teammates picked up “a lot of terrible habits from playing in OCE.” He explained that improvement in the region had become increasingly challenging after the exodus of players to North America and that the only real arena for genuine improvement was in solo queue. “We’re not like a European team who can scrim other national league teams and there’s not a load of academy and collegiate teams like they have in NA,” Pabu said.

This lack of a player base is an issue that a lot of League’s minor regions, particularly those outside of Asia and Europe, face. PCS and LJL teams have some opportunities to access solo queue on the Korean or Chinese servers, but LLA, CBLoL, and LCO teams can encounter huge difficulties playing outside of their own limited competitive ecosystems. This results in an insular environment, as described by Pabu, where truly learning from your mistakes becomes an act of discipline rather than necessity.

Playing and scrimming internationally offers the opportunity for an unprecedented level of improvement for a lot of these minor region teams. PaiN Gaming’s Robo explained in an interview with Dot Esports how the “resilience and experience” gained from previous international showings helped them turn around losing matches. “In this team, there’s four players who have played internationally before, and I feel like that really helped us today,” he said in reference to paiN’s victory against the Istanbul Wildcats on May 10. The serenity and level-headedness that comes from experience on the international stage helped paiN “turn a difficult early game around” in their matchup against the Istanbul Wildcats.

But international experience can only help you so much when it comes to beating major region teams. While these teams can occasionally take games off major region squads, it still feels like an insurmountable task for a minor region to find real success at international events—especially with the high standards that many minor regions set for themselves. Where, then, does the value come for players from minor regions? If the past suggests that a finals spot is an impossible dream, then where is the value in attending a tournament that history says you won’t win?

Unicorns of Love coach Sheepy offered a unique insight into these motivations from the standpoint of someone who’s competed internationally as part of both a major and minor region. Regarding this year’s Unicorns of Love roster, he said regional pride is a huge part of international competition for minor regions and that “obviously [the players] want to represent their country and make the people supporting them proud.” For regions with a lower viewer base, this is a unique opportunity to make those fan bases proud in front of the watching eyes of the wider world of League.

PaiN’s Robo echoed this sentiment of regional pride, highlighting that if paiN made it through the group stage at MSI 2021, they would’ve not only made history, but made history “for Brazil.” For him, playing at MSI was a chance to “show the whole world, the players, and the viewers in Brazil that paiN can also do well internationally.”

These players truly want to prove that success for their region is possible, even if success looks a little different for minor and major region teams. “I’m sure that if people in Brazil can see that it’s possible, it will be a huge step-up for us and we may become quite relevant internationally,” Robo said.

It would be foolish to think that the sole motivator for professional players is pride alone. League is a game ultimately built around the competitive spirit, and it’s that competitive spirit that constantly drives a player’s desire for upward movement within the professional ecosystem. Recent years have seen international events act as center stage for minor region players to prove their worth to major region teams. The signings of Josedeodo to the LCS’ FlyQuest and Armut to the LEC’s MAD Lions prove that strong performances from minor region players on the international stage can truly turn heads and help further a blossoming career in the esports world.

PGG’s Pabu explained that although the potential for upward movement isn’t the sole motivator for strong performances on the international stage, it’s always a consideration. “Everyone knows this is a huge opportunity for your brand as a player and increasing your value, so trying to perform so you have better opportunities, while not at the forefront, is for sure in your head,” he said. But that doesn’t mean that minor region players treat MSI stage games like Scouting Grounds or that players will intentionally play selfishly to show themselves off to the best of their ability.

Pabu said that, ultimately, flashy solo plays aren’t even particularly useful in terms of proving your value. “If you can just play the map well, and play the game consistently and call the right things and get things done, people will notice that is happening,” he said. Pabu highlighted that there’s no real value in being “the one-vs-nine player” and taking the entire game into your own hands. Within the team, although upward movement is a factor, there’s no player who’s “really just looking out for themselves”.

Ultimately, it’s impossible to condense the motivation of every single minor region player into one easily digestible statement. People are complex and their goals and ambitions are even more so. Minor regions have often been the afterthought for international events, especially with the presence of a play-in stage at tournaments like the World Championship. Their time to shine, for many viewers, is simply a hurdle to overcome before the “real” competition between major region competitors truly begins. What is the highlight of the competitive year for minor region players is often seen as little more than a warm-up event.

But with the changes to the structure of MSI removing the play-in stage altogether, minor regions are finally beginning to feel like an integral part of League’s competitive ecosystem. They’re no longer an afterthought, they’re the main event just like everybody else. Minor regions matter more than ever and MSI 2021 proved that they have the potential to go toe-to-toe with the best of the best. It may be a few more years until we see a minor region finalist, but minor region players spend every minute of their limited international playing time trying to make that dream a reality.