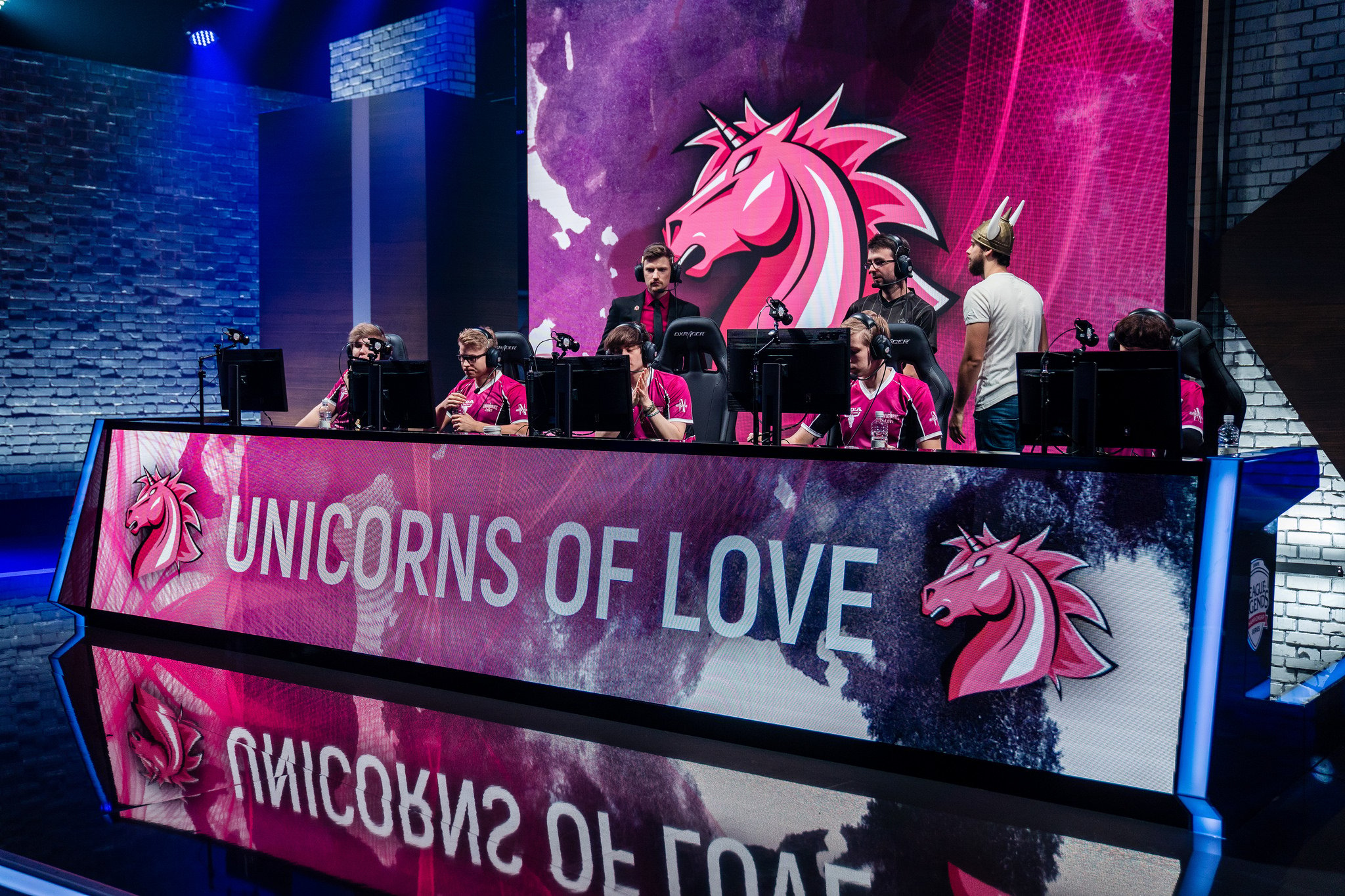 One of the most well-known European League of Legends teams officially won’t be competing in the EU LCS next year.

Unicorns of Love confirmed that it wasn’t chosen as a permanent partner in the EU LCS franchising process, the organization announced in a YouTube video earlier today.

Fabian “Sheepy” Mallant, the manager and coach of Unicorns of Love, discussed the organization’s history in League of Legends since joining the EU LCS in 2015. Most recently, however, Unicorns of Love came in eighth place with a 7-11 record in the 2018 EU LCS Summer Split.

Sheepy believes that Riot Games is looking for “money-driven” partners with “a lot of backing”—and unfortunately, he admitted that Unicorns of Love doesn’t “have the best capabilities of exactly delivering that.”

This news follows an ESPN report last month that claimed Unicorns of Love was declined an EU LCS franchise spot alongside Roccat and Giants Gaming. In September, ESPN also reported that Riot rejected franchise applications from Splyce and a joint bid by H2K Gaming and Paris Saint-Germain.

So far, Fnatic, G2 Esports, Misfits, Schalke 04, and Vitality have reportedly been accepted into the franchised EU LCS, according to ESPN. This would mean that at least five new organizations can be expected to debut in the EU LCS in 2019. And one of the new teams could be Astralis, according to ESPN.

“If there’s one thing I really want to plead toward all of the newcoming teams, please make League of Legends and gaming one of the biggest sports in the world,” Sheepy said. “Make it successful, but do not forget what gaming is all about, which is the community aspect.”