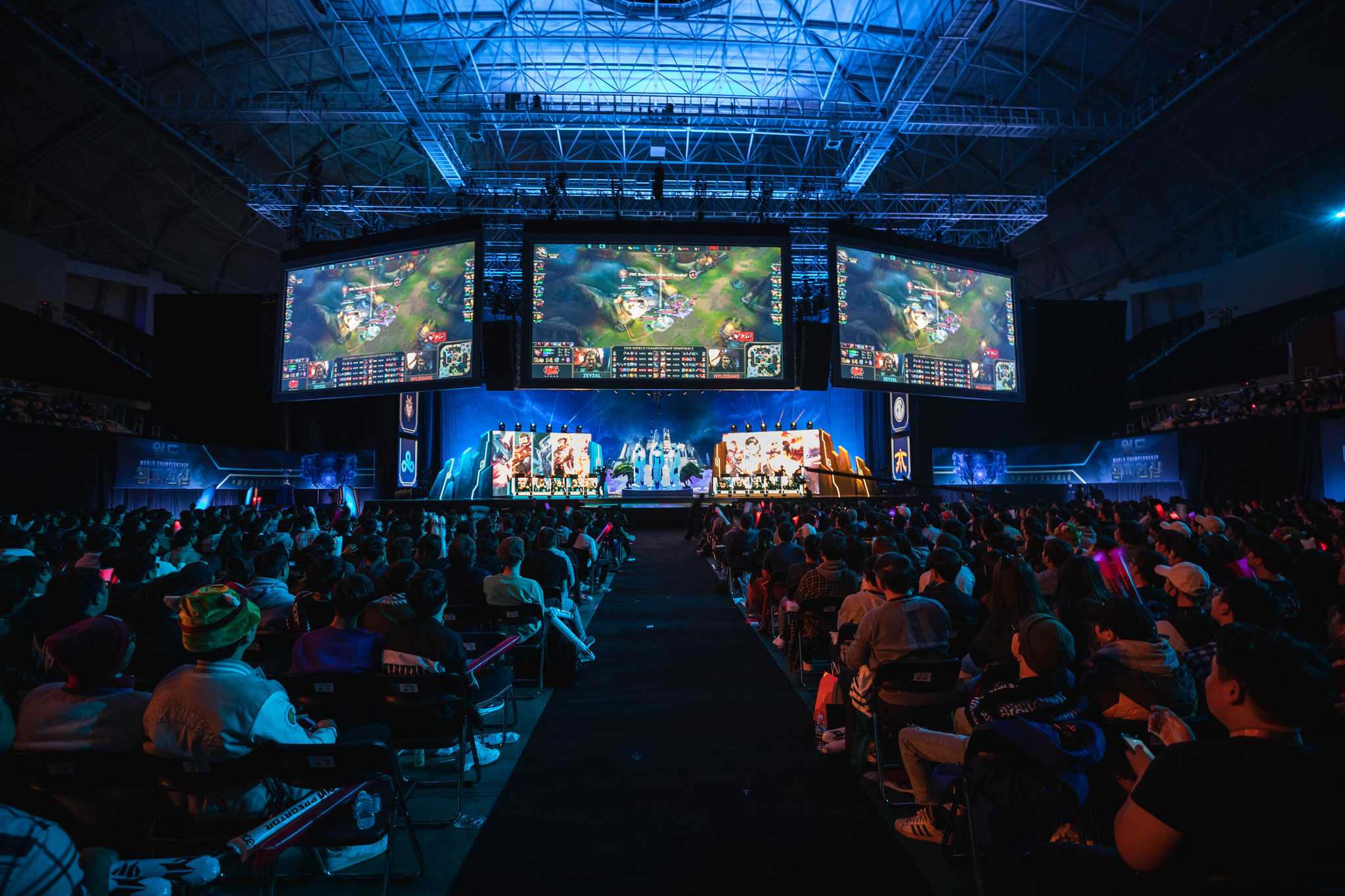 Worlds 2018 is shaping up to be the best ever. We’ve had several weeks of nonstop action, crazy comebacks, and wild upsets. A huge variety of champions have been played in the best meta we’ve had for a long time, and that’s allowed teams to show off all sorts of strategies. Games are faster, bloodier, and more exciting than ever before.

But a few days ago, Jesse “Jesiz” Le, an assistant coach for EU LCS team Misfits, threw a cup of cold water on the tournament when he criticized the low level of play we’ve seen. His mentions on Twitter were immediately filled with fans arguing against his statement. It even sparked a Reddit thread, because of course.

The thing is, Jesiz is not wrong. The level of play is lower than past years. And the other thing? That doesn’t have to be a problem at all.

The first thing we have to be clear about: Saying that the level of play is lower is not saying that the tournament isn’t fun to watch. It’s inane to conflate the two, like trying to pick between March Madness and the NBA Finals. Why choose when you can have both?

The other thing that it’s not saying is that the achievements of teams like Fnatic, Invictus Gaming, G2, and Cloud9 are somehow invalidated. Just the opposite, actually. Those four teams made it to the semifinals because their level of play was objectively—and in some cases surprisingly—higher than that displayed by other teams.

Fnatic and IG are in the final this weekend because they deserve to be there. They’ve played the best of all the teams in this tournament. Whichever one wins will rightly be lauded for an incredible achievement. And you can do that while analyzing the strategy and tactics that led to victory and defeat.

You can have your cake and eat it too, as long as you don’t shoot the baker.

And he was right, by the way

With that out of the way, we can actually start analyzing Jesiz’s statement. And the thing is—he was right. The level of play we’ve seen from teams like RNG, Afreeca Freecs, and to some extent, KT Rolster, was much lower than what we expected. And those expectations were built on solid evidence from their play throughout the year.

Take the G2 vs. RNG series, for instance. For almost the entire year, RNG have tried to wean themselves of their reliance on star bot laner Jian “Uzi” Zi-hao. Uzi even took some time off in the Summer Split to rest and rehab some old gaming injuries. RNG didn’t lose a beat, figuring out a split push style that played to the strengths of their junglers and solo laners.

And all of that went out of the window vs. G2. RNG drafted team comps that were hilariously tilted to getting Uzi ahead on Lucian, putting all their hopes on him. Oh, and those comps had absolutely no ability to control Baron from red side or siege objectives unless Uzi was comically ahead. He got ahead in most games, but G2’s bot lane stayed relevant while their solo laners dominated.

We learned afterwards from Kelsey Moser and Emily Rand that there was a reason for RNG’s strange strategy: They spent most of the tournament preparation scrimmaging with Flash Wolves, another team that did not have an accurate read on the meta. All of a sudden, RNG’s goof made sense.

What did not make sense was RNG’s inability to see what wasn’t working and adjust. And we cannot emphasize enough: They literally spent almost the whole year learning how not to play like that. But at Worlds, RNG choked, and they weren’t the only ones.

KT Rolster were never known for strong macro play, but we expected a dominant lane phase. Instead, they drafted themselves into corners and were annihilated in every lane vs. IG.

Afreeca got to Worlds with strong preparation and creativity. They brought out a great draft in game one vs. Cloud9, punctuated by a top lane Viktor. But it all was undone by mid laner Lee “Kuro” Seo-haeng burning two Summoner Spells within the first minutes of the game and getting absolutely nothing to show for them.

In reality, these were issues we identified back in the group stage but thought the teams had overcome. Sure the meta has changed to favor faster games and less vision, hallmarks of past teams from Korea in particular. But that shift is also what enabled kt and Afreeca to make it to Worlds in the first place, beating traditional late-game powerhouses like SK Telecom T1.

So yes, these teams are making mistakes, the type of misplays we used to not see from the likes of SKT. Those analytical mistakes are as much a part of the Worlds fabric as the incredible player and team stories. And success stories, like G2’s ability to execute high-level strategies without choking, add to the tournament as well. Taken all together, the successes and failures have created a wonderful tapestry the likes of which we’ve never seen before. So enjoy this year’s Worlds final between Fnatic and IG, warts and all. Chances are it will still be epic.