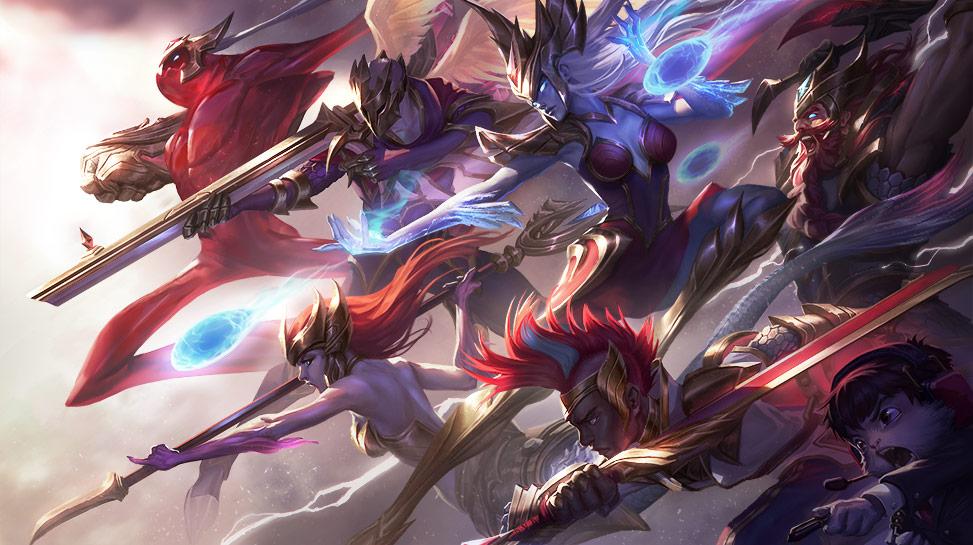 Over the past few years, Riot has not had good luck with the Worlds meta. There was the debacle of the juggernaut update in 2015 that made Mordekaiser a must-ban champion and made the blue side win-rate surge to nearly 59 percent. Last year’s Ardent Censer meta led to game after game of teams protecting late-game scaling ADCs with an array of tanks. It took agency out of the solo lanes and screwed over star mid laner Lee “Faker” Sang-hyeok on his quest to win three straight championships.

But this year has been different. For the first time, there is no champion that’s had 100 percent priority in the draft phase. Teams are trying out all sorts of champions and strategies. Innovators have been rewarded while those who follow the Korean meta—like the Koreans—have been knocked down. Combine all this, and you have the best Worlds meta, ever.

The weird thing is, just a few months ago, we weren’t quite sure we’d get here at all.

The benefit of nuking ADCs

The League of Legends meta was thrown for a loop this year after Riot introduced a massive series of changes in the middle of the season. Riot changed itemization for nearly all mages, removed vision from jungle items, and nuked marksman champions.

Players, casual and competitive, complained the loudest about the last change. It affected the widest array of champions and hit them at extremely fundamental aspects, like their base damage stats. In response, professional teams all over the world were forced to innovate, just as we suspected when the changes were made.

Teams experimented with diverse champions from mages to Mordekaiser in the bot lane. In mid lane and jungle, teams tested funnel strategies. Even teams that didn’t do much benefited: They got to play against different styles and strategies. When Teemo is being played in the LCK, the unifying Korean meta gets thrown out the window and everyone is forced to find new ideas. The results were astounding. Fnatic proved that Gabriël “Bwipo” Rau was an awesome player. G2 discovered bot lane Heimerdinger in the chaos. Both made big waves in the quarterfinals last week.

The funny thing is, one of the teams that showed the most innovation isn’t even here at Worlds. That would be Misfits of the EU LCS. Truth be told, Misfits’ journey of discovery started at last year’s Worlds, where they showed everyone that engage supports could work in the Ardent Censer meta. This summer, they taught people how to break the funnel by playing things like bot lane Draven and figured out how to win without a strong mid lane presence.

It’s ironic that the team that taught others so much couldn’t save themselves. And that too could be said of the Koreans.

What about the Koreans?

For years, the Koreans have taught teams all over the world how to treat their lanes, how to communicate with the jungler, and how to manage waves. In essence, they taught the basic backbone that League strategy was built on. They played the right way, making the most of their talent in a way that no other region could match.

But one fundamental changes this year broke the iron fist of Korean rule. The first was the removal of green smite, which severely limited how much vision junglers could supply. Korean teams still led the Worlds field in wards placed and cleared.

But the relative lack of vision compared to past years meant that games teams could scrap earlier and snowball faster. Average game time at Worlds is down to just under 33 minutes through the quarterfinals stage, according to League stats site Games of Legends. This is down from nearly 36 minutes last year and over 38 minutes in 2016.

Non-Korean teams were more than willing to scrap in the fog of war. And when major objectives came, they usually won—none of the Korean teams had superb dragon or Baron control, according to stats site Oracle’s Elixir. No more could LCK teams just stall games, building incremental farm and vision advantages that allowed them to win key fights. People started just running at them and gunning them down.

Usually at Worlds, there’s a break between the first two parts of the group stage and another break before the quarterfinals. In those gaps, distinct metas can form as teams get a chance to analyze what just happened.

Last year, pressure bot lanes came back after the first week of groups, and teamfight comps were discovered heading into the knockouts. The higher the stakes get, the more likely teams are to default back to teamfight comps that pit skill against skill and have the ability to contest objectives.

But this year, we have no idea what we’ll see. But we’d love for not much to change at all. Because what we’ve seen from each of the teams is super exciting.

Cloud9 should continue to bait top lane picks, counter them, and use the jungle pathing they learned from RNG in the group stage to dictate sides of the map. They have a ton of things to clean up, but their identity is solid.

Fnatic, on the other hand, should continue to trust mid laner Rasmus “Caps” Winther despite a difficult series vs. EDG. They have an advantage in mid-jungle that few remaining teams can deal with, and they’re also a safer late-game team than Cloud9.

On the other side of the map, G2 should continue to focus on split pushing to give cover for their bot lane. It will be interesting to see if G2 can handle Invictus Gaming’s two top laners in a race to the opposing base. We want to see mages alongside bruisers in the top lane and for G2 jungler Marcin “Jankos” Jankowski to ditch Gragas for more early-game pressure. And it would be awesome if IG bot laner Yu “JackeyLove” Wen-bo can bring back luster to Kai’Sa—he’s one of the best in the world on her.

In essence, we want this crazy ride to continue. Hopefully someone finds something new in the break before the semifinals that shocks us all over again. This is already shaping up to be the best Worlds ever, and it’s been helped greatly by the fast pace and increased diversity of the meta.