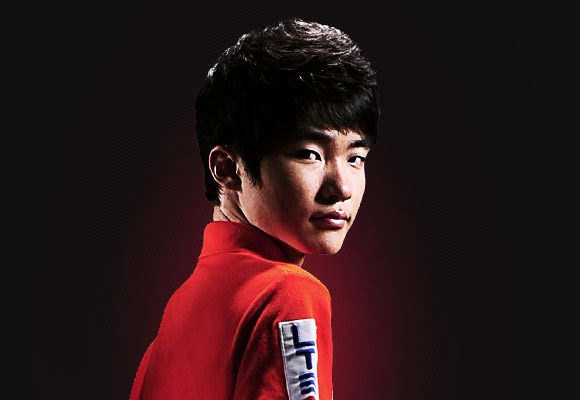 Lee “Faker” Sang-hyeok is widely regarded as the best player to ever enter Summoners Rift. During his team’s dominating run from 2013-2014, highlight reels populated all major discussion boards. His famous outplay of Ryu “Ryu” Sang-ook during the fifth game of the Champions Summer 2013 is the quintessential Faker moment.

It is often said that Faker’s dominance will never be rivaled by another player. His deep champion pool and an ability to bring new picks into competitive play have cemented him as the number one player in the world, if not all time. It only helps that the history of the game has often been dictated by mid laners.Bjergsen, Froggen,  Misaya, Toyz, are all players that have dominated a region. As the premier region Korea’s representative should demonstrate to the world what a mid laner can do for a team. However, as talented as Faker is,there is another mid laner who has managed to dominate Korea with a more impressive record. Bae “dade” Eo-jin.

Dade is the true king of Korea. To understand this a refresher in Champions history is required. In June of 2013 CJ Entus Blaze was on an undefeated streak, and looked to crush MVP Ozone in the finals of the Spring season. The mighty Flame was the undisputed king of top lane, the best top laner to never hold an OGN title win. However, the MVP Ozone coaching staff and players identified the “Sixth Man Strategy” that was being employed by the CJ team. In a short three game series that showed the prowess of both the preparation of the coaches and the in game shot calling of Dade, Ozone dismantled Blaze. In a fitting ending to the season Dade was crowned the season MVP beating out Imp, Flame, Bengi, and Faker.

The 2013 Summer season began the rise of SKT T1. Faker’s team would tear through multiple events and go on the greatest winning spree in League of Legends history. Quietly in the background Dade and Ozone would take third place and move into the Season 3 Worlds group stages. Samsung took this opportunity to purchase Ozone and rebrand them Samsung Galaxy Ozone in time for the World Championship. In what has become a tradition within the scene, an untested regional powerhouse would crack under the pressure and underperform on the international stage. An international community that was largely ignorant of Korean results ignored Dade. On the return to Korea Dade led Ozone to a second place finish, falling only to Faker.

In one of the few successful swaps in professional League of Legends the Samsung staff switched their two mid laners. Dade going over to the newly branded Samsung Blue, while Pawn taking his place on the newly minted Samsung White. Dade, seemingly banished to the Samsung B-team, proceeded to take his new team to a first place finish in Champions Spring 2014 and take home another seasonal MVP award. Throughout the tournament Dade and his crew dispatched CJ Frost, their sister team White, and clinched their title against NaJin White Shield. A testament to Dade’s deep champion pool, of the twelve bans Najin White Shield had, an astonishing ten went towards Dade.

With both legendary mid laners having two championship wins the parallels between their dominance are more easily seen. Comparing the KDA from their winning seasons of Champions you begin to understand how Dade becomes more dominant. Faker, the greatest player to have played League of Legends, had a KDA of 4.81. Dade bested him with a 6.28 KDA. What is even more interesting is that Faker’s statistics include his teams win over Dade’s in Winter of 2013.

The next season of Champions found Dade once again in a finals appearance with Blue. A victory would cement his place as the greatest Korean mid laner, perhaps even eclipsing Faker. Instead, in a tight five game series against the KT Arrows, Dade lost his chance to escape Faker’s shadow. A second place finish in the season MVP to perhaps the most entertaining and aggressive jungler Lee “KaKAO” Byung-kwon also stopped Dade short of a third MVP award.

Regardless, Blue entered the 2014 World Championships as the number one seed from Korea. This time Dade performed well, dropping only one game to Fnatic in the group stages, which still resulted in substantial criticism from fans. The reaction from their fans for losing a single game showed the lofty standards placed on the team. In the quarter finals they soundly defeated the North American powerhouse of Cloud 9, and moved into the semifinal match against their sister team that would determine the winner of Worlds. Ultimately Blue fell short and was quickly swept by White. Once again Dade was one series short of dethroning Faker.

The argument that Dade or Faker had a stronger team, or support staff, is irrelevant. It is true that Faker led his team to the only back to back wins in Korean history, however SKT’s legendary run might matter less in context and can be more easily attributed to the pinnacle of the SKT player’s ability. If anything, that Dade was able to lead two separate teams to the finals twice speaks to his resiliency and adaptability.

His departure from the Korean scene marks a subtle change in competitive League. The mass Korean exodus poses an interesting question as to which league will be the new powerhouse region. Had Dade been the only elite tier player to leave his next series of achievements would mean less as the level of competition would be drastically lowered. Instead we find a number of players, including the majority of his own team, moving to other regions. Never again will the highest caliber of players remain contained in one region competing amongst one another. No dedicated League fan would say that Worlds is the pinnacle of competitive play, instead most would point to Champions.

If the 2013 KT Bullets had another shot at Faker and crew on the World stage there is a chance that Faker would not hold the same authority over the community. While NaJin White Shield played exceptionally well in the 2014 qualifiers for Worlds, beating out both SKT and the Arrows, they were certainly not the team that would win Worlds. In fact, Faker and SKT might have been the dark horse for Worlds had they been able to qualify as the meta shifted back into their favor. Worlds is without a doubt an exciting tournament, a test of the different regions, but the weight behind it’s results do not tell the whole story. The unproportional weight given to the winning team, regardless if the best teams are represented, biases the community to the standout performance of an individual or a team. Otherwise known as the Faker Effect.

Faker might be the best individual player in League history, but his legacy does not dwarf Dade’s. Instead Dade has the more impressive career without the blind fanaticism simply because he did not win a World championship. As Riot standardizes the different region’s leagues and qualification systems Worlds can become the premier tournament for the League community. Until then the community must identify which league has the most competitive teams, and distinguish the best players from within that league. Within Korea Dade’s accomplishments not only rival, but surpass Faker’s. All that is left is to await his next move, and if he is able to elevate his new team to an elite level it will be time to admit that Faker is not the best player to ever enter the Rift.