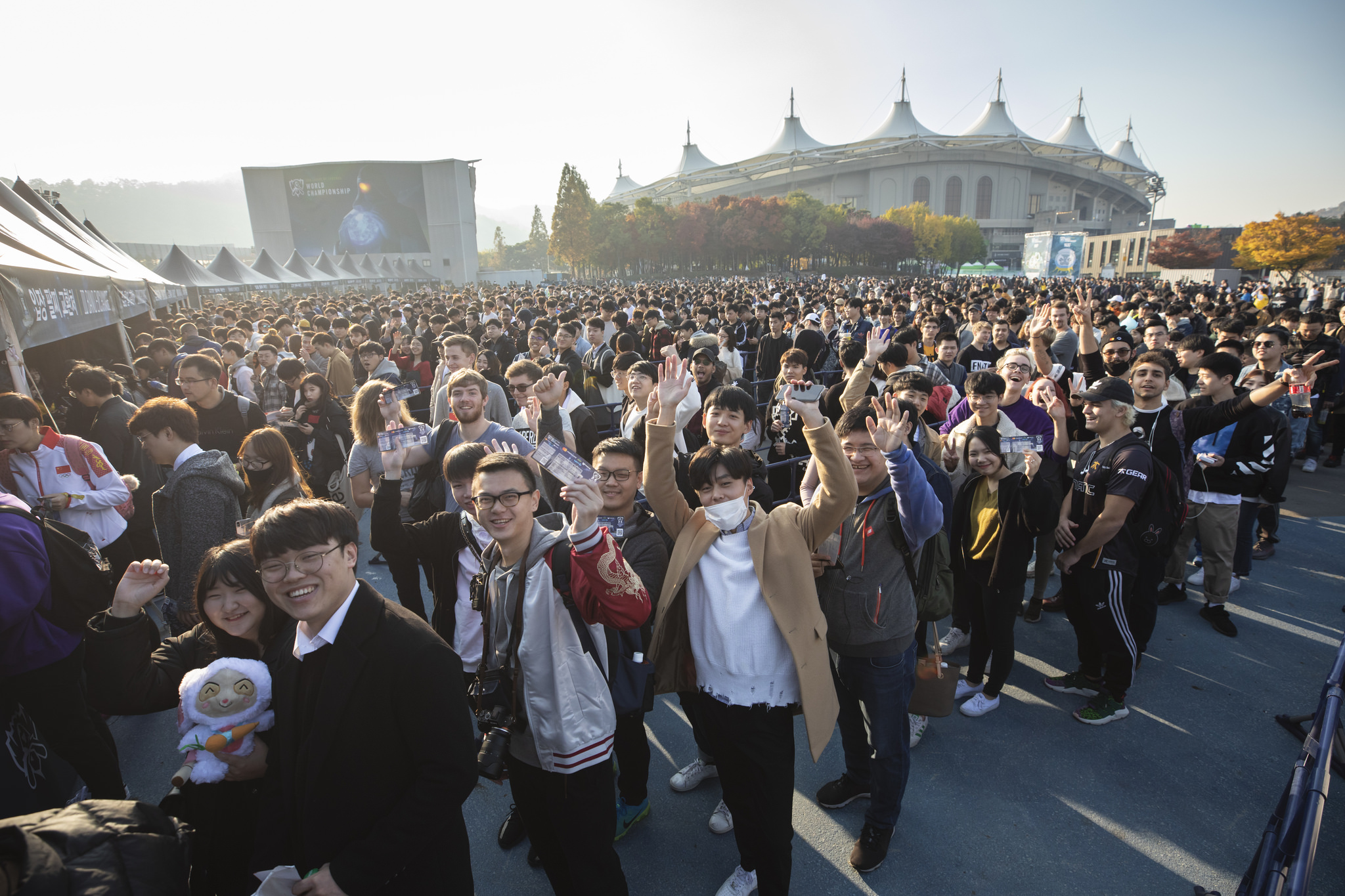 The 2018 competitive season for League of Legends is officially over with the conclusion of the All-Star event last weekend, and today, Riot released its annual statistics report for the year’s events.

There were several interesting numbers highlighted on the report, such as the $4.2 million raised by fans for the Worlds prize pool or the 44 million peak concurrent viewers during the tournament. But the most impressive number by far is the 99.6 million unique viewers that Worlds boasted overall. That is, according to a press release from Riot, the “largest viewership number for any esports event in history.”

The numbers in Riot’s report were seemingly gathered by Riot’s internal analytics team, and at this time there is no way to confirm them with an outside source. That being said, it would make sense that Worlds was at least the most popular this year, as esports stats firm Newzoo did its own study that showed Worlds was viewed more than the Overwatch League Finals, the ELEAGUE Major in Boston, and The International in 2018.

That’s even more significant when you take into consideration the fact that this year’s Worlds wasn’t even the most expensive for Riot to put on. Last year’s World Championship in China, which ended in the famous Bird’s Nest, was still Riot’s most expensive Worlds to date, and 2018’s still surpassed it in terms of overall popularity.

Riot’s statistical breakdown of the event also shed some light on other data, too, like just how well each Worlds anthem, those being “RISE!” and “POP/STARS,” performed. K/DA’s breakout hit topped the list at 242.8 million video and music streams, while “RISE!” hit 143.7 million. Riot stated that both songs broke into the mainstream music audience, but only “POP/STARS” topped Billboard’s World Digital sales chart, Google Play Top Songs, and iTunes’ KPop category.

While Worlds was definitely the high point of Riot’s competitive year, this year’s Mid-Season Invitational also outperformed all previous MSIs in terms of viewership, too. All of this success comes at the end of what was definitely the most controversial year in the company’s long run.

There was an award-nominated report from Kotaku’s Cecilia D’Anastasio that shed light on the company’s rampant sexism, the game’s pattern of change was more divisive than any previous year, and then word of budget cuts for Worlds sent the game’s community into a frenzy. Not only that, but the sexism report has escalated to lawsuits from Riot’s current and former employees. And finally, there was also the company’s female and non-binary exclusive seminars at PAX that, like most things on this list, divided the game’s community down the middle.

Riot’s overall goal is to “grow League into the next premier global sport,” and while its statistics from 2018 show an upward trend, the company still has much to address for the coming year.