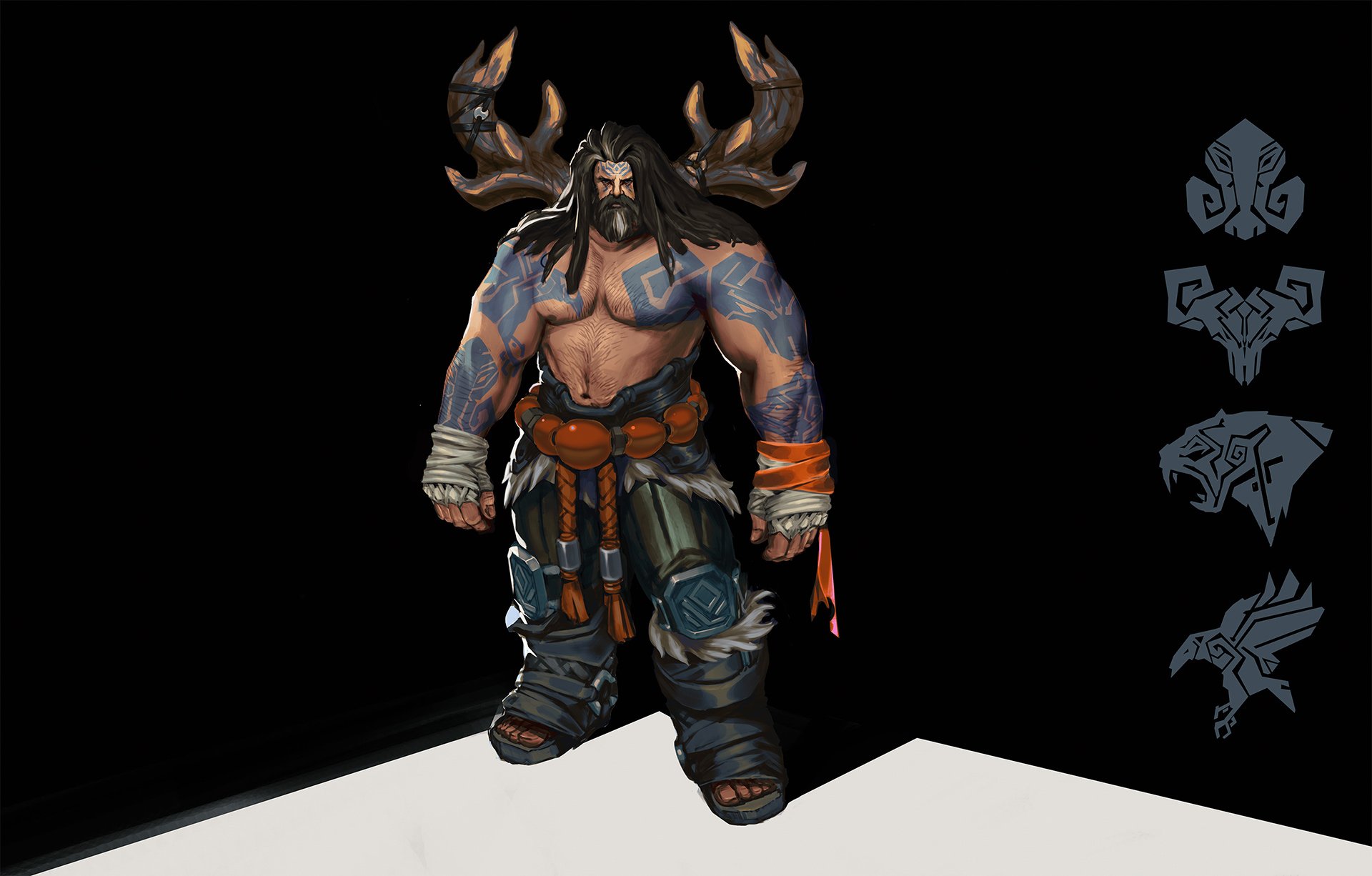 It’s been a while since we’ve heard about Udyr’s VGU set to release next year in League of Legends. But in today’s Champion Roadmap, we got a new look at the Spirit Walker—and his many stances.

The last time we got a peek at the possible designs for Udyr’s rework was in a dev post from late June, where Riot specified its goals with the update are to bring him up to visual standards while maintaining the feel of the man of many stances. The concept art shared in that post depicted various versions of League’s resident shaman, as well as possibilities as to what new stances he may take.

Alongside teasers of the next marksman and support champions, today’s Champion Insight gave us a more in-depth look at Udyr’s rework, with clear revisions that tie him closer into the game’s lore. The antlers present in the original concept art for the VGU have become a staple part of the new design, though had to be tuned “because they were large and demanded a lot of attention.” Udyr also now shows connections to his Ionian adventures with Lee Sin through a headwrap gifted to him by the Blind Monk, which he wears proudly on his fists.

Riot also teased the updated stances that Udyr will be able to take when his VGU arrives, combining some of his classic moves with some new styles. In Udyr’s new concept art, we can see him performing his Bear and Phoenix Stances, with the Phoenix Stance now more closely resembling Anivia. But his Turtle and Tiger Stances appear to have changed.

From the symbols on the picture, it seems these new stances take the form of a Boar and a Ram, taking inspiration from Sejuani (specifically Bristle) and Ornn, continuing the staple trend of this VGU for Udyr to be able to harness the power of Freljordian demigods and heroes. One of the symbols depicts the Tiger Stance, although the concept art shows a stance resembling Volibear much more than his current Tiger Stance.

Udyr has come a long way from his days as a bear skin-wearing, scrappy-punching shaman, and now appears to be in a much better shape—with deeper roots that connect him more thoroughly to the world of Runeterra. Since Udyr’s rework is still in development, all of these changes are subject to be altered before his official release. His VGU is expected to ship next year, although no date has been announced.