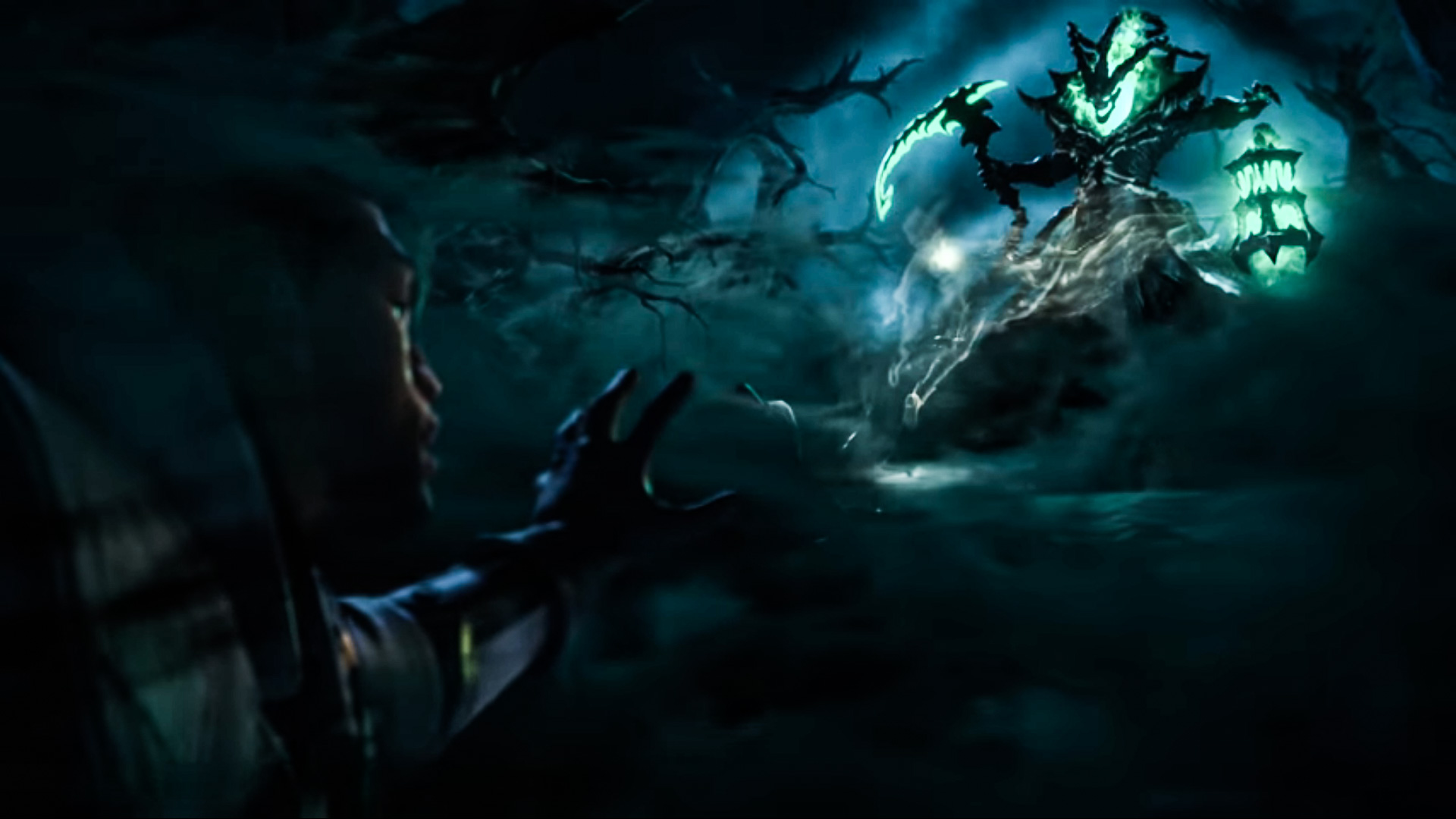 Riot is preparing something special for Thresh and Lucian ahead of its 10th anniversary celebration. Speculation is rife—many people think that it’s all pointing to a new champion, Senna, Lucian’s dead wife whose soul was captured by Thresh.

On Oct. 13, Riot released another teaser, this time a short video that shows the moment that Senna soul was ripped from her body. The story between Lucian, Senna, and Thresh is one of the best in League lore. It even features a fun in-game Easter egg: When Thresh and Lucian are both loaded into a game, Thresh starts with one soul—Senna—in his passive.

The “Dark Passage” teaser video follows along with the newly released “Homebound” short story. The story follows Lucian’s attempts to track down Thresh and find him in the Shadow Isles. The video ends with Lucian’s boat heading towards what can only be Thresh’s home base.

Speculation is rife that in some sort of confrontation there, Senna will be released and become League’s next champion. That champion is supposed to be a non-traditional marksman, so Senna might fit. Or maybe she’ll come back in ghost form to haunt Lucian in the flesh. Whichever side of the coin she lands on, she’ll probably have a skin that shows the other.

Riot’s anniversary celebration should happen in just a couple days, depending on which region you’re in, so we could see Senna unleashed very soon.