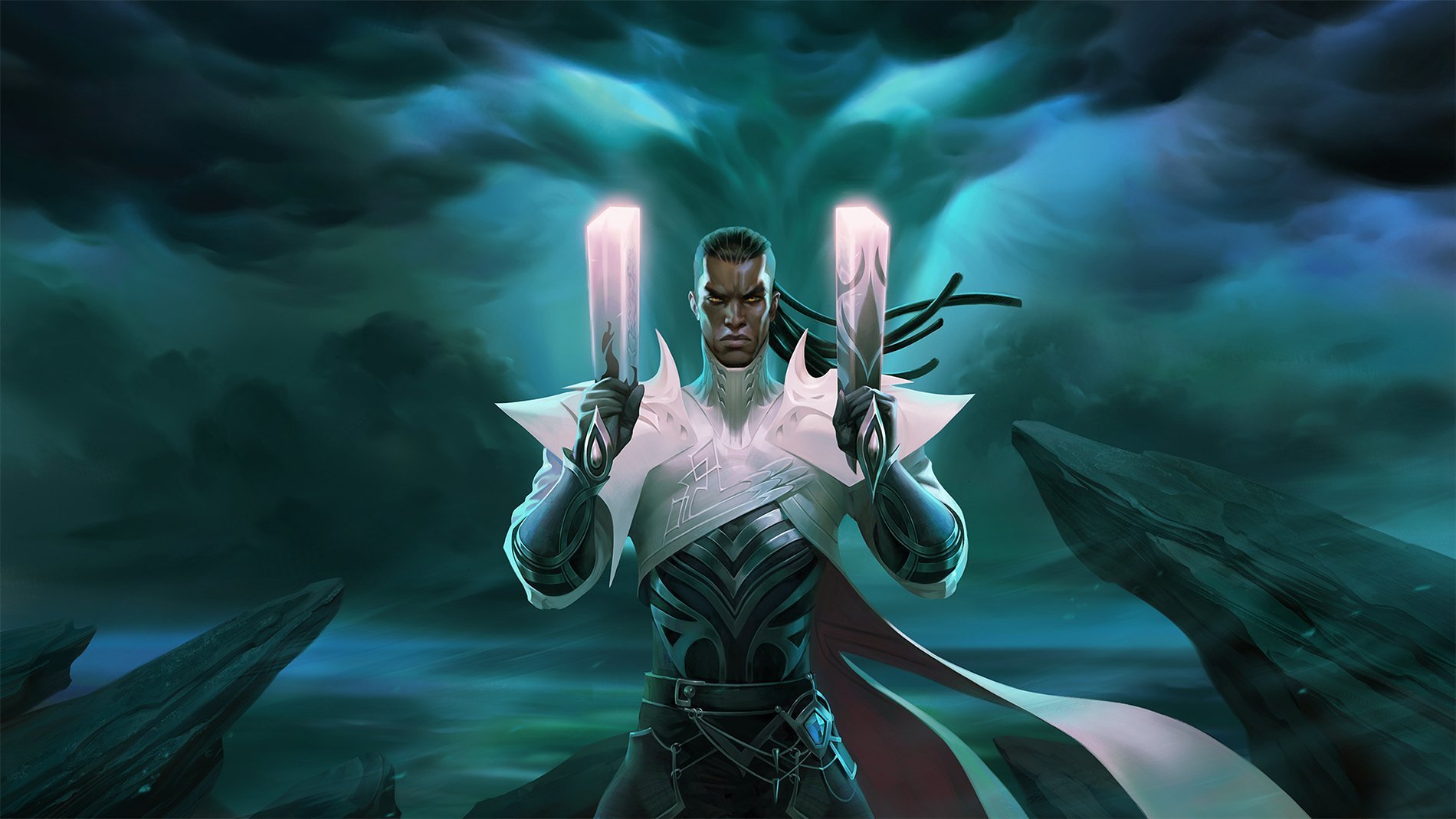 League of Legends’ weekly lore update has arrived for the Patch 9.20 cycle and fans may have gotten a glimpse of the game’s next champion with today’s new short story.

Titled “Homebound,” the story follows Lucian as he tracks the Harrowing, or the Black Mist, in search of Thresh. He comes across the storm on an island and chucks a grenade into the mist, creating a break in its coverage. There, Lucian finds Thresh in the center of the storm and fires shots at his lantern, hoping to overwhelm the relic and release the souls trapped inside.

His shots hit their mark, but Thresh regains control of the prison. Lucian hears the voice of his wife Senna and her screams of agony ringing from the lantern. The marksman is struck backwards and he falls to the ground unconscious.

Lucian later wakes up on a cot with bandages around his ribs. After stepping outside, he encounters a woman named Mira responsible for his care. He learns that she has set out on a task to retrieve the bodies of her people—specifically the body of her father—who fell prey to the Black Mist. Lucian agrees to help her, but the pair encounter a cult-like group of fire-worshiping inhabitants named the Naktu who share the land with Mira’s village.

Lucian goes back to his ship to plan his next excursion against the Harrowing. Mira approaches the ship and the two once again set off to find the body of Mira’s father. They trace the shoreline and cross the river boundary between the land’s inhabitants. There, the pair finds a shipwreck and they race down to the wreckage to further investigate.

After reaching the shipwreck, they find Mira’s father. They scramble together several vines to make a stretcher so they can carry his body home. On there way back, however, they come across the Naktu east of the river, on the side of the border that belongs to Mira’s village. Mira convinces him to leave them be and they travel home to finally bury Mira’s father.

During the burial process, Lucian realizes his persistence in tracking Thresh is what has failed to let Senna go and each of his failures in freeing her has added to her suffering. Before he leaves the island, he tells Mira he no longer plans to chase the mist, but will instead set out to bury his own dead. He sets sail for the Shadow Isles for the final destination of his journey.

Many League fans believe Senna could be the next champion joining the game. On the Public Beta Environment, one user found a mysterious fog rolling out of the fountain at the start of the match, suggesting that the next champion will be from the Shadow Isles. Riot may be leading up to the character’s release by further introducing her with today’s short story.