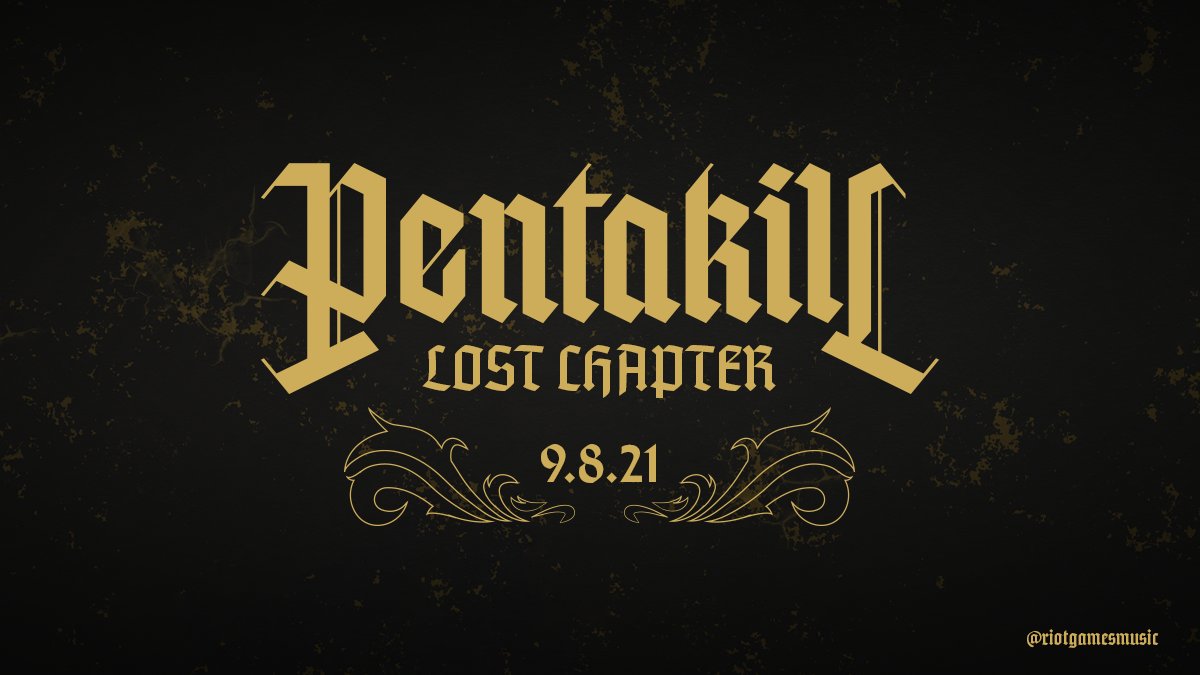 After a long four-year hiatus, League of Legends fans will finally be seeing the return of the game’s popular virtual rock group, Pentakill. Riot Games has officially revealed the band’s next album, Lost Chapter, as well as a handful of new art that suggests the champions will be getting a new look on Summoner’s Rift.

On the official Riot Games Music Twitter page, the account’s header features the members of Pentakill in some new battle gear, ready to shred on stage and destroy any enemies in your solo queue games.

At first glance, the champions are clad in different costumes from what we see in their original skins. Mordekaiser, for example, has a gladiator helmet on with wings on its sides, while Olaf has traded his cowboy hat for horns. It also looks like Yorick doesn’t have the tall top hat in his original look. Sona has a new dress and Karthus’ face is a lot more human than specter.

Additionally, some fans have pointed out that on the official album art, a little graphic is featured just above the Lost Chapter title that resembles the crown of the Ruined King, Viego. This could hint that the heartbroken sword-swinger might be joining the band to vent out his feelings through the power of music.

This album was confirmed to be in production by Riot earlier this month when the Riot Games Music account released an image with a vague date. Last year, the company’s creative director Christian “Praeco” Linke said that there was going to be around 10 original songs on the album, which should provide metalheads that Pentakill fix they’ve been craving over this long wait.

Lost Chapter is set to be released on Wednesday, Sept. 8. You can pre-save the album on Spotify, Apple Music, and Deezer now.