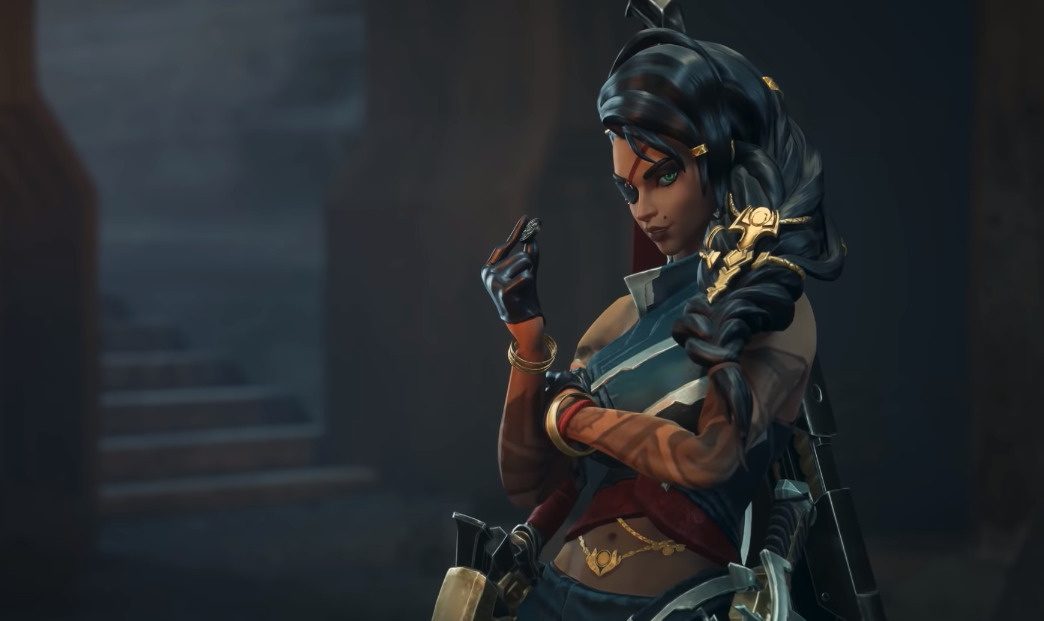 Inklings of a new champion have floated around the League of Legends community for the past few weeks, but fans of the game have now finally received confirmation of Samira’s release onto the Rift. Riot Games released a new champion trailer today, giving players an official look at Samira’s abilities.

Known as the Desert Rose, Samira carries both a giant sword and two dual-wield guns. She can attack both at melee range and from a distance and uses her attacks to build “Styles” or combos as part of her passive ability. There are six different Styles, with the highest being “S.”

Once she has reached the S grading, Samira will be able to use her ultimate ability, Inferno Trigger. This ability is an AoE ability in which Samira shoots her guns and deals damage to all surrounding enemies 10 times over a two-second duration. Each shot deals physical damage, applies lifesteal, and has the chance to critically strike.

Samira’s Q, Flair, either fires a shot or slashes forward with her sword based on how far away the enemy is from Samira to deal physical damage. Either hit has the chance to critically strike for 25 percent bonus damage. Her W, named Blade Whirl, slashes in an AoE around her for one second, dealing physical damage and destroying any enemy missile that enter the area.

Her E, Wild Rush, can be used as a gap closer. Samira dashes through an enemy or an ally and slashes any enemy she passes through. The attack does magic damage and grants Samira 30-percent attack speed for three seconds. If Samira kills an enemy, the ability’s cooldown is refreshed.

The Desert Rose will remain on the testing server for a few weeks before going live with a later update.