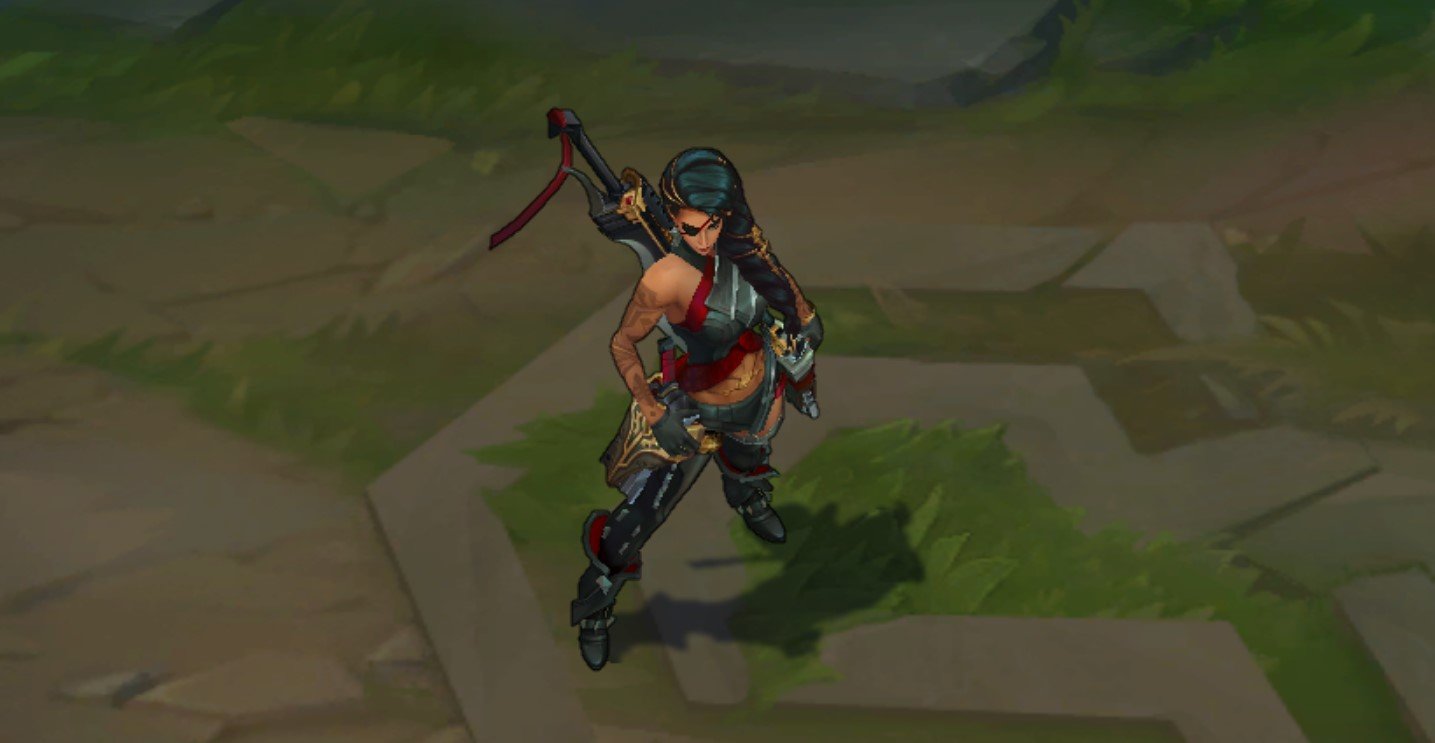 Move over Aphelios, there’s a new 200 years on the horizon. The 151st champion in League of Legends has had her abilities revealed earlier today.

Samira, the Desert Rose, is set to be released on the 10.19 update for the PBE, so she’ll likely arrive in a few weeks. But she was datamined from the files via Surrender at 20, rather than visualized in-game, so players can’t test her kit yet.

Samira’s abilities are vast and dynamic. She uses both her blades and her guns to shoot and slash enemies. All of her abilities seem to combine for a more efficient trade pattern rather than be utilized individually, likely making her a high skilled champ to learn.

Check out all of Samira’s abilities below:

Samira builds a combo by hitting attacks or abilities unique from the previous hit. Each one increases her Style, from “E” to “S” grade (six total). Samira gains X percent movement speed per grade.

Samira’s attacks in melee range deal an additional X magic damage, increased up to X based on the target’s missing health.

Samira’s attacks against enemies affected by immobilizing effects knock up for 0.5 seconds and deal damage over six separate attacks. Samira dashes into range against targets slightly outside her attack range.

If this ability is cast towards an enemy in melee range, Samira will instead slash with her sword, dealing X physical damage.

Either hit can critically strike for 25 percent bonus damage.

If cast during Wild Rush (E), Samira will strike all enemies in her path upon completion.

Samira slashes around her for one second, damaging enemies twice for X physical damage each and destroying any enemy missiles that enter the area.

Samira dashes through an enemy or ally, slashing enemies she passes through and gaining attack speed. Killing an enemy champion refreshes this ability’s cooldown.

Samira can only use this ability if her current Style rating is S.

Samira unleashes a torrent of shots from her weapons, wildly shooting all enemies surrounding her 10 times over two seconds, each shot dealing X physical damage and applying lifesteal.

Each shot can also critically strike.

Alongside her release Samira will get her own PsyOps release skin, which is the latest techno-themed skin lane to be added.