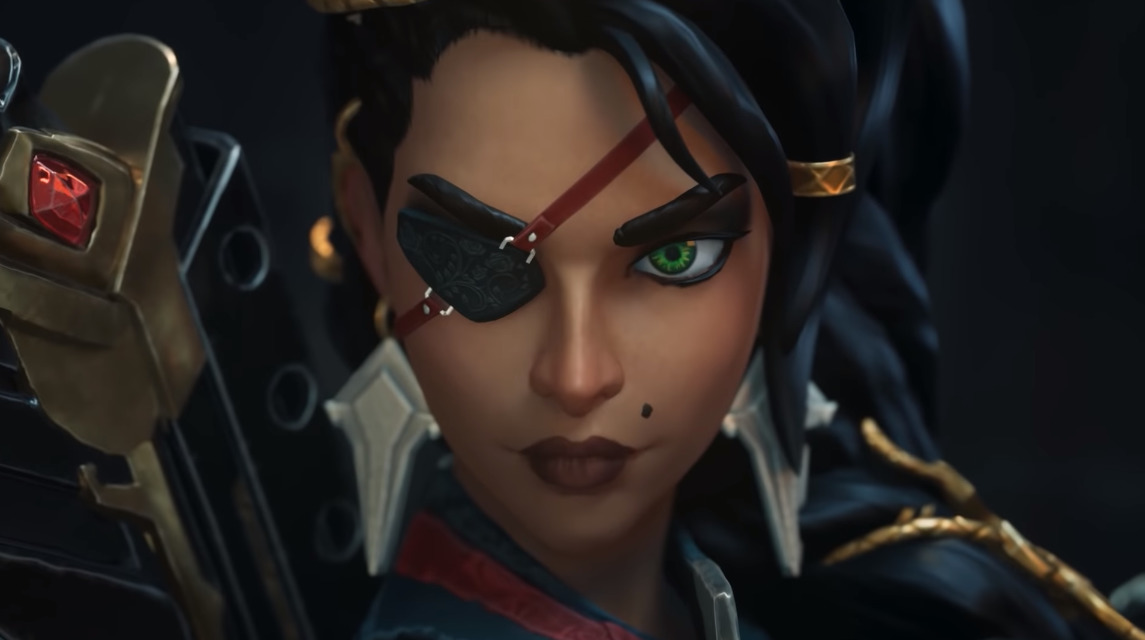 League of Legends has been on fire over the past couple of weeks with champion releases. Riot Games released Lillia and Yone back-to-back, but fans of the game have now received official confirmation of the game’s next champion, Samira.

Brazilian content creator Streamie, who leaked Lillia, Yone, and the Spirit Blossom skins, leaked Samira as well, a Noxian markswoman with a “jawdropping” kit. But today, the developer dropped a new champion trailer for Samira, giving fans a first official look at the Desert Rose’s abilities.

Here’s everything we know about Samira so far.

She uses both a gun and a sword to fight off her enemies. Her aesthetic is comparable to Heroes of the Storm champion Valla. They have plenty of similarities, including their ultimates, according to Streamie.

What are Samira’s abilities?

Samira builds a combo by hitting attacks or abilities unique from the previous hit. Each one increases her Style, from “E” to “S” grade (six total). Samira gains X percent movement speed per grade.

Samira’s attacks in melee range deal an additional X magic damage, increased up to X based on the target’s missing health.

Samira’s attacks against enemies affected by immobilizing effects knock up for 0.5 seconds and deal damage over six separate attacks. Samira dashes into range against targets slightly outside her attack range.

If this ability is cast towards an enemy in melee range, Samira will instead slash with her sword, dealing X physical damage.

Either hit can critically strike for 25 percent bonus damage.

If cast during Wild Rush (E), Samira will strike all enemies in her path upon completion.

Samira slashes around her for one second, damaging enemies twice for X physical damage each and destroying any enemy missiles that enter the area.

Samira dashes through an enemy or ally, slashing enemies she passes through and gaining attack speed. Killing an enemy champion refreshes this ability’s cooldown.

Samira can only use this ability if her current Style rating is S.

Samira unleashes a torrent of shots from her weapons, wildly shooting all enemies surrounding her 10 times over two seconds, each shot dealing X physical damage and applying lifesteal.

Each shot can also critically strike.

When does Samira release on the live servers?

It’s unclear when Samira will be released. She might appear during Patch 10.19 PBE’s cycle, which Riot said would be a light patch in terms of changes, or she could possibly make an appearance during Patch 10.18 on the live servers. If she has any bugs whenever she hits the PBE, her release might be delayed to Patch 10.19 or the preseason update.

A delay like this wouldn’t be unusual, though. Riot has delayed champion releases in the past to flesh out all of the possible bugs that could arise.

This article will be updated as more information becomes available about Samira.