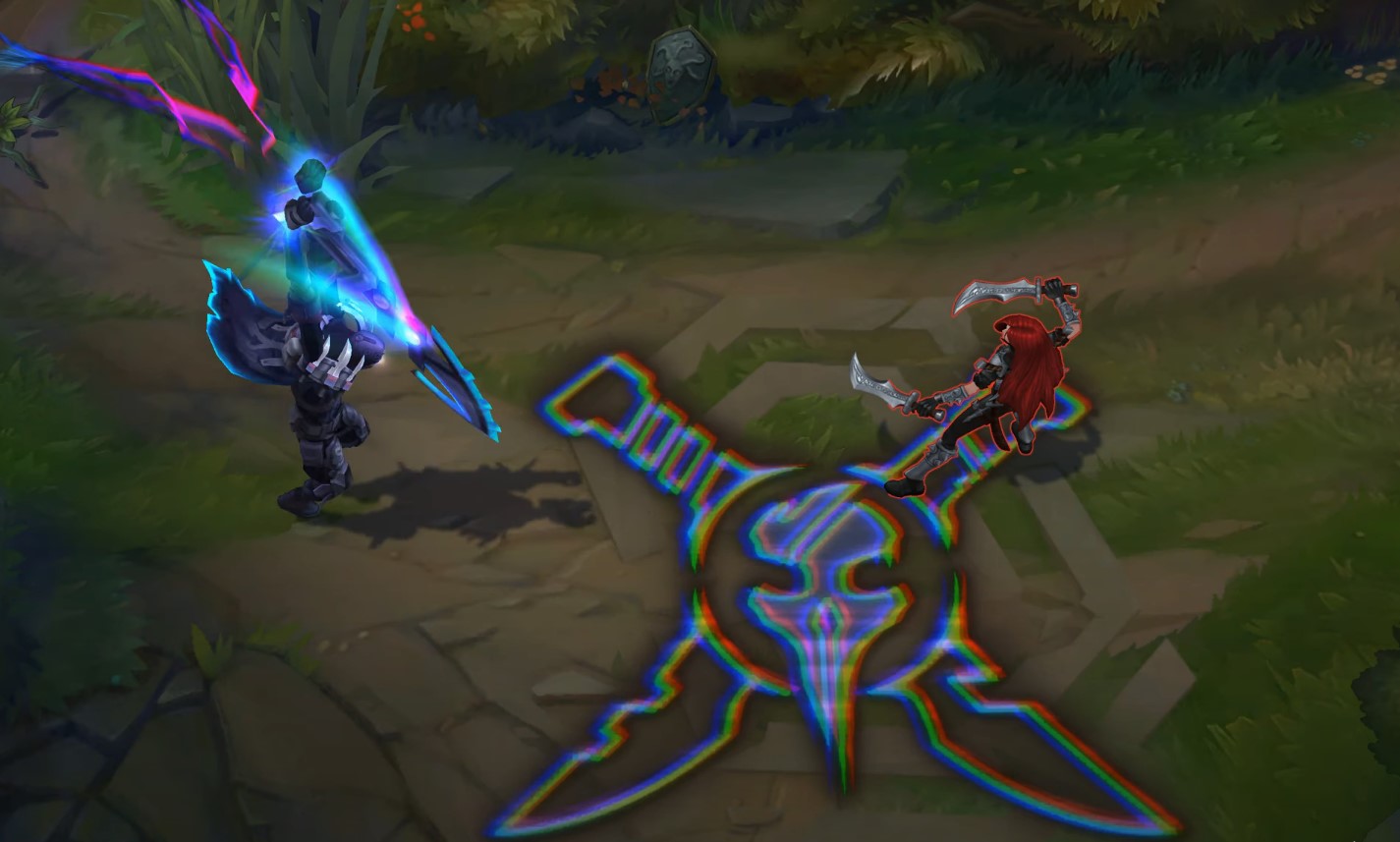 Even more champions are set to receive their own cosmetics from the newest techno-themed skin line in League of Legends.

Earlier today the latest skin line was data mined by Surrender at 20, which previewed the PsyOps skin line for five new champions. One of which is Samira, whose abilities were data mined, and is expected to release on the PBE soon.

Alongside Samira there are four new champions that will receive the PsyOps skin: Pyke, Zed, Viktor, and Kayle.

The psychic android-themed skin is somewhat robotic and shares some similarities to the True Damage skin line. On the surface, the skin line looks relatively dark on each champion model. But once the character uses abilities, the neon colors are revealed.

The Righteous top laner has cool new robotic themed wings with her blade given a futuristic overhaul.

The deadly mid laner has a new animation on his ultimate, Death Mark. Instead of a swirling shuriken, he injects the enemy with three small blades.

The Bloodharbor Ripper has a dark blue-themed PsyOps skin which is featured on all of his abilities.

It’s fitting that the one who seeks to advance humankind has his own futuristic skin line.

Since she’s been data mined rather than added to the PBE, Samira’s PsyOps skin can be previewed from her splash art.

These aren’t the only new champs that are set to receive the PsyOps skin line, however. Ezreal, Master Yi, Shen, Vi, and Sona will get their own once the skin has been released in the near future.