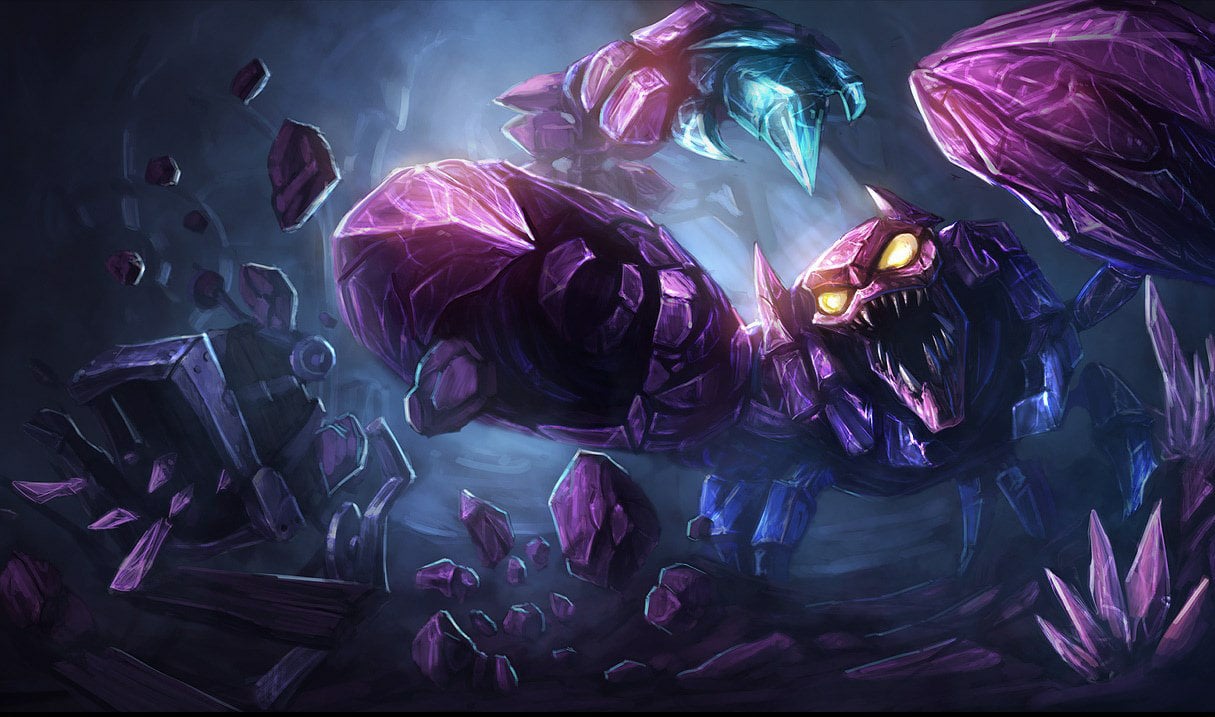 Riot’s League of Legends memes are back—and this time a crystal scorpion is involved.

“This is the buff Skarner needs,” Browning said.

Skarner’s new Impale (R) would suppress his target, stealing its size until they eventually disappear into thin air. The result? One huge scorpion.

In all seriousness, this is the last thing Skarner needs. The Crystal Vanguard is sporting a 54.5-percent win rate in Platinum ranks and above, according to Champion.gg. To limit his power, Riot has plans to reduce his base HP and health per level in the upcoming Patch 11.4.

Surprisingly, Nautilus didn’t make a cameo in today’s meme. But Riot devs have a history of putting the Titan of the Depths into new abilities. After players complained of Nautilus’ Q hitbox last year, Rioters adjusted Dredge Line so that it took up the entirety of mid lane. Another made Wukong’s clone turn into two Nautiluses (Nautili?) that throw their hooks simultaneously. And a third allowed Udyr’s Phoenix Stance to summon two Anivias and one Nautilus.