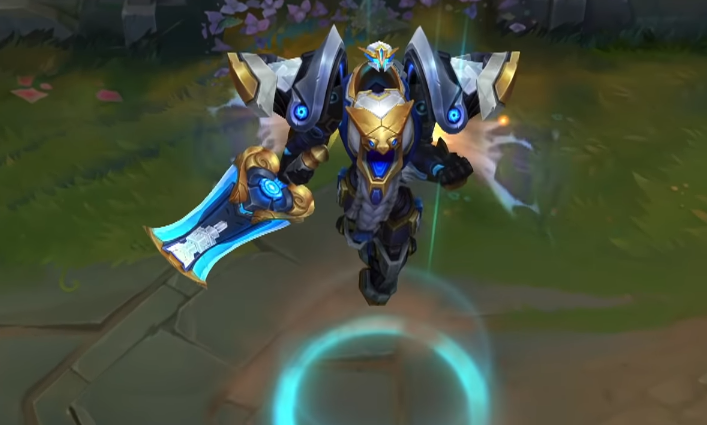 ‘Tis the season to be jolly—especially if you’re a League of Legends fan. Riot Games is seemingly looking to break records this holiday season with today’s release of 12 new skins on the game’s Public Beta Environment.

The League developer has finally shown off the new Mecha-inspired skins that were teased earlier in the week. Named Mecha Kingdom, this branch of the Mecha skin line redesigns Jax, Draven, Garen, Leona, and the newly revealed juggernaut Sett as robots of epic proportions. Each champion boasts their own unique color pattern to set them apart from the other four kingdoms.

Related: Everything we know about Sett, League’s next champion

Mecha Kingdom Garen will release with a Prestige Edition, making it the first skin of 2020 to receive a golden-themed variant in the new year. It is still unclear if the skin will be able to be unlocked with event tokens or if players will need to buy the Prestige skin with 100 Prestige Points.

If battle robots aren’t your style, don’t worry. The Dragonslayer, the Guardian of the Sands, and the Freljord skin lines are all receiving new additions this holiday season.

The skins will remain on the PBE for further testing before going live with a later patch in 2020.