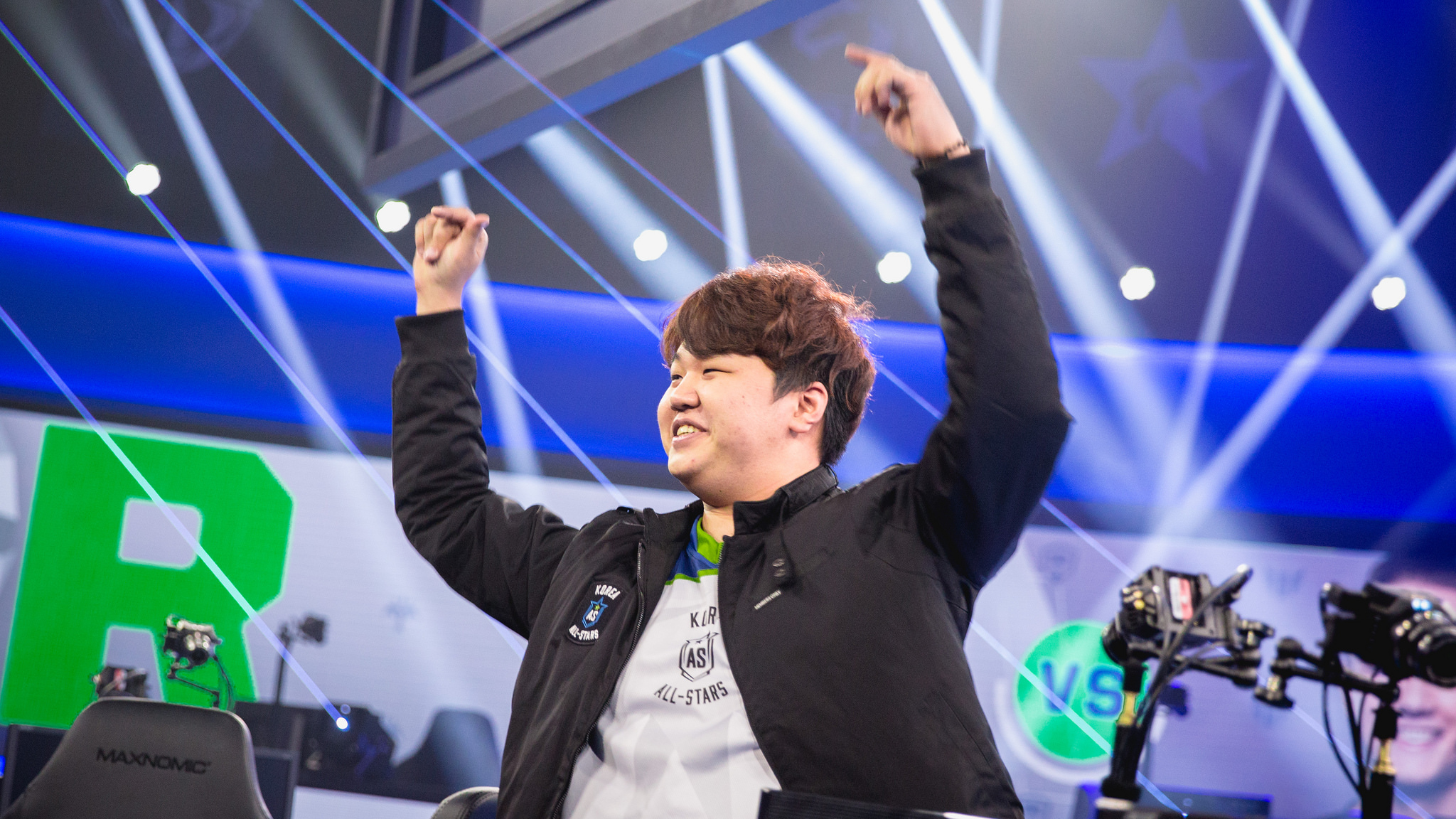 One of the most surprising things about this year’s League of Legends All-Star Event wasn’t North America flaming out of the group stage or Southeast Asia looking like a major region team.

It was how serious the players looked in those matches. Riot’s goal going into the event was to make it more competitive by changing the format, removing the fun game modes and making it a more intense regional tournament. That it succeeded was evidenced by the six-hour-long final series as players tried their best to win.

But making All-Stars more competitive robbed it of some of its soul. In prior years, the event was more relaxing for pro players, many of whom had come off a grueling Worlds run. After the event, Longzhu ADC Kim “PraY” Jong-in reminisced on stream about how All-Stars used to be.

“During the feedback session, I suggested that [All-Stars] was too competitive this year,” PraY said, in a translation by esports news site Game Is Hard. “It’s no longer the festival that it used to be, but a continuation of Worlds.” Burnout is real, especially for Korean players that go through a tough schedule to end the year. The LCK summer split and playoffs bleed right into Worlds prep. Then there’s the KeSPA Cup, and finally All-Stars.

Previously, All-Stars was their chance to take a break and to get to know fellow pros. Not this year. Players from all regions were tryharding, which prevented a lot of friendly banter. “It’s too stressful,” PraY said. “I’m playing with teammates that I’ve never played before, and yet there is that pressure not to lose a match.”

PraY did manage to have some fun, agreeing with EU ADC Martin “Rekkles” Larsson to play a Garen mirror match in their one-vs-one. But when he tried propositioning his next round opponent, Jian “Uzi” Zi-hao for a mirror match, he met a stone wall. Uzi was very serious at the event, but who could blame him? He’s under tremendous pressure from his fan base to succeed at all events, especially when regional pride is on the line.

PraY had some funny stories to share about mid lane teammate Lee “Faker” Sang-hyeok, including a time when he lost his passport, and how Faker is instantly recognizable by fans in every region. And apparently, Faker has strong opinions about Bitcoin, the cryptocurrency that has taken the world by storm. At a post-match dinner with teammates and Riot Games employees, Faker struck up an intense chat about Bitcoin. “That conversation honestly went on for an hour,” PraY revealed. “Let’s just say that Sang Hyeok has very strong opinions about certain things.”

At the end of the tournament, PraY did get to relax a bit. He got to know fellow LCK player Lee “CuVee” Seong-jin a little better. CuVee is renowned through the region for his gregarious attitude, a big part of why he’s such a good teammate on Samsung Galaxy. “CuVee’s endearing, so likeable,” PraY said. “I’ve always used to be Sang Hyeok (Faker)’s fan, but now I think I’m also a fan of CuVee.”