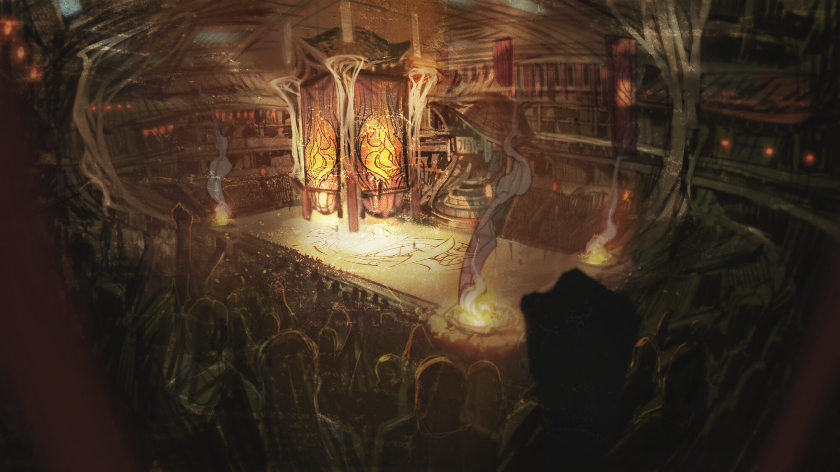 League of Legends fans are speculating the next champion to come to the game after Aphelios will be named Sett. The conclusion comes after Surrender at 20 leaked a new loot asset, and fans found a potential tease during the game’s 10-year anniversary.

We know a new juggernaut champion is in development, since Riot Games shared that in the champion roadmap last month. It then wrote the juggernaut will be coming from the Ionian undergrounds, which is fitting to the fan leaks.

With the Public Beta Environment update on Nov. 27, an asset titled “Sett’s Calling Card” was added to the game. It’s a gold card with an animal-looking creature that players will be able to gain by impressing Sett. In which way that will be done isn’t clear, but it’s likely this will be one of his abilities. The card should be openable from Jan. 14 next year.

The monster on the card looks similar to the image Riot posted with the champion roadmap. A golden, wolf-like creature shown in what seems to be a battle arena is possibly one of the beasts Sett can use as his calling card to fight for him.

Fans have also pointed out Shen and Akali were seen fighting a big juggernaut in the 10-year anniversary edition of Riot Pls. They suggest Sett can be seen on a TV in the background of the office shot around the 25:58 mark, and it’s easier to spot him if the video is watched on lower speed. If the assumption is correct, Sett will be a huge, almost scary-looking mass of flesh.

The leaks come just a few days after Riot announced the complicated ability set of the upcoming League champion, Aphelios. He will be the last champion to release this year, and it seems Sett will be the first of 2020.