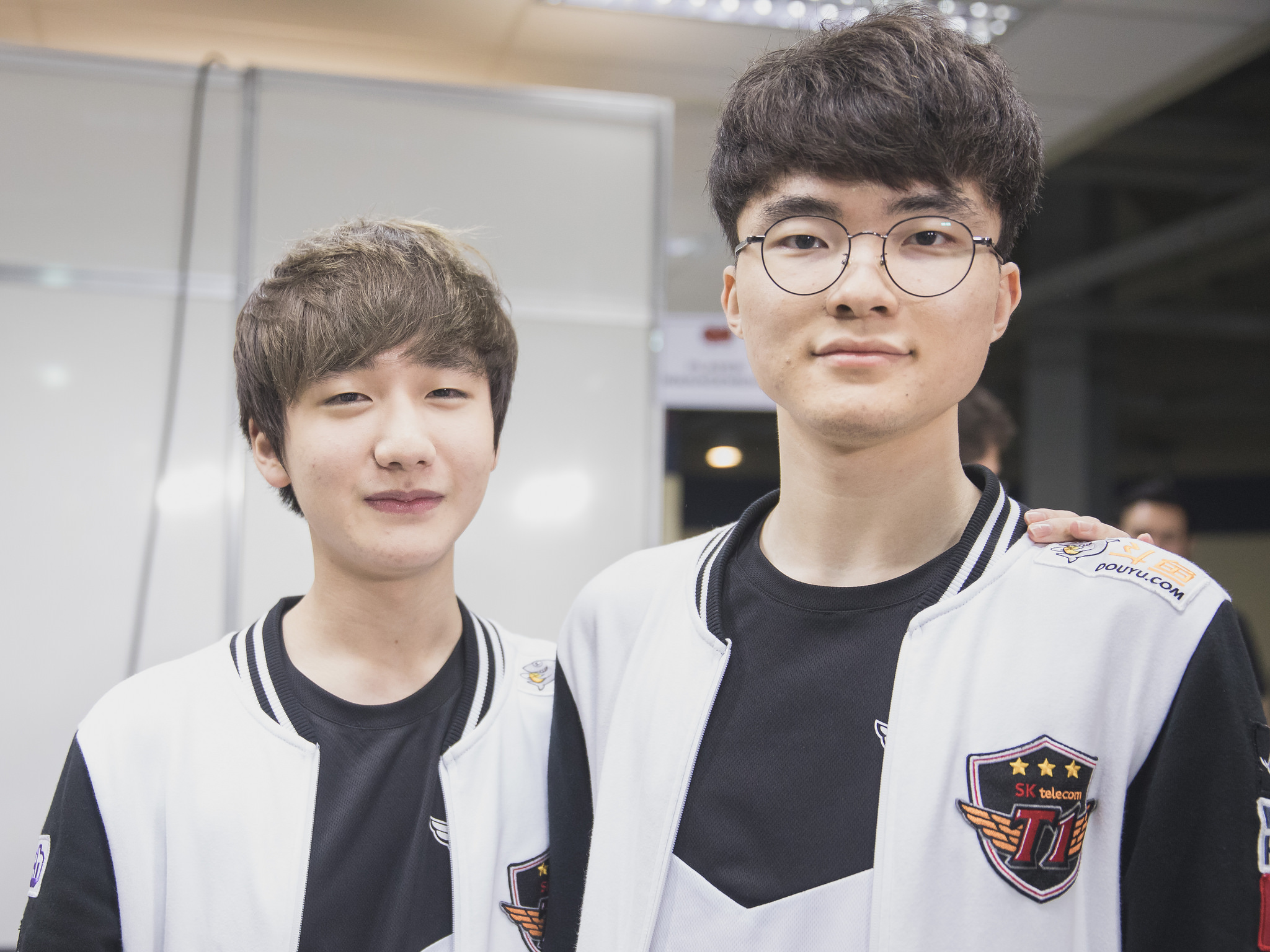 While reflecting on the individuals that helped shape him to the the player that he is, Peanut had high praise for Faker in particular.

“The most impressive player I’ve ever met was Sang-hyeok (Faker),” Peanut said in the INVEN interview. “Everybody probably wonders ‘what is that man like when he plays games’. I had the chance to learn from him being together in SKT T1, he has some kind of aura that makes him different from others.”

Peanut’s career has spanned through multiple teams in Korea, including Najin e-mFire, ROX Tigers and of course, SK Telecom T1. On SKT he helped the team to a Spring Split and Mid-Season Invitational title, as well as runners-up at the 2017 World Championship.

Peanut has had the chance to play alongside some impressive teammates in his short career including players like ADC Kim “PraY” Jong-in and support Kang “GorillA” Beom-hyeon. But after praising the countless coaching staff that had affected him most in his life, Faker was one of the players that received the most praise from Peanut.

Now a member of Longzhu Gaming, Peanut has his sights set on improving next year after what he feels was a disappointing Summer Split for himself and SKT. “We were good at the spring season and MSI so we won, but we weren’t good enough afterwards,” Peanut said. “It was my fault. Especially round 2 of the summer season; that was the worst.”

After multiple second place finishes, including the recent loss to KT Rolster at the KeSPA Cup, Peanut and Longzhu will have their sights on victory next split.