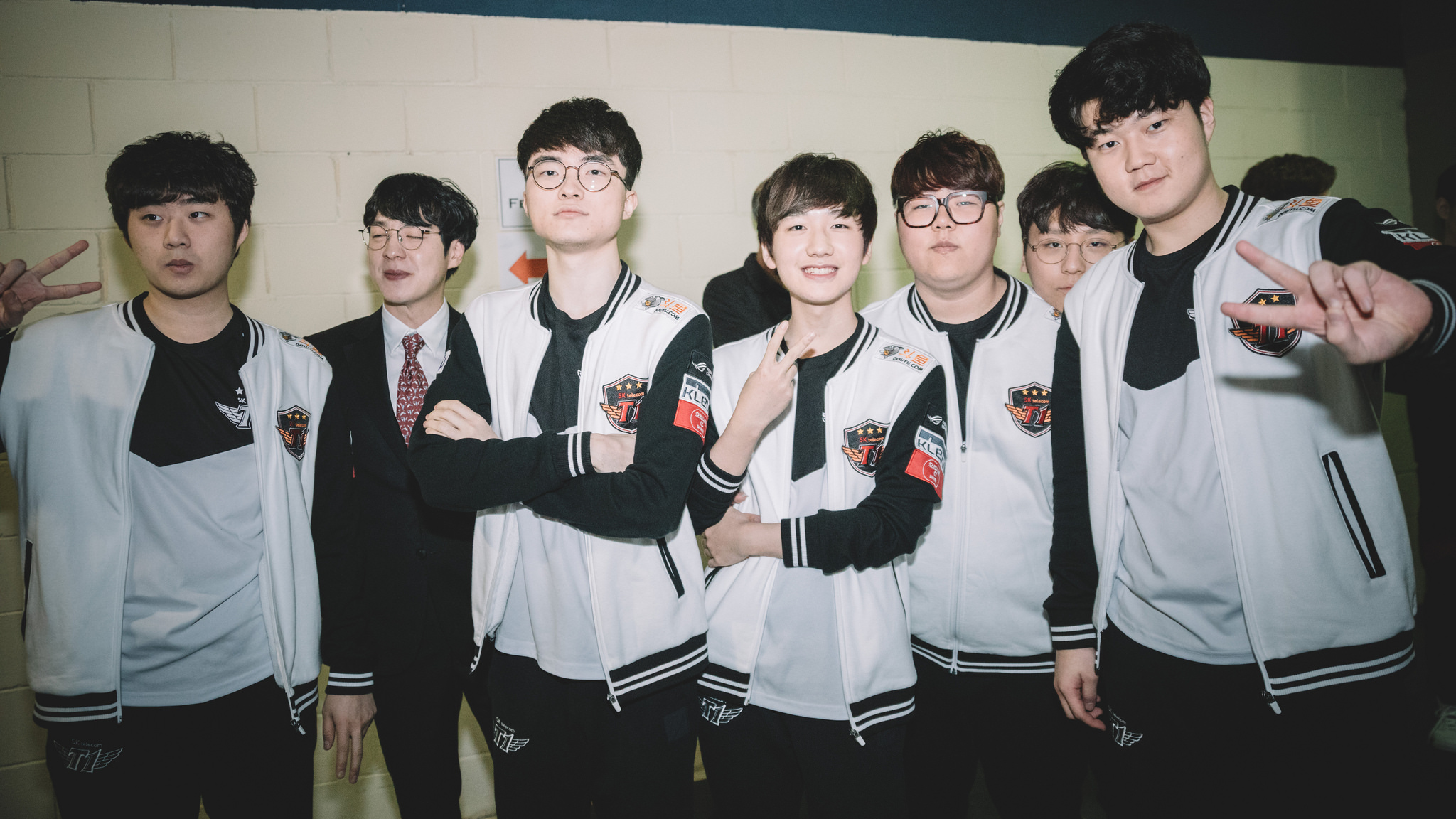 After a blistering opening ceremony to kick off the MSI 2017 Group Stage, SK Telecom T1 were able to take the first win of the day by beating G2 Esports.

G2 came into the tournament looking for redemption, to prove that they deserve to be international mainstays. At MSI 2016, G2 Esports’ international debut, the team went 2-8 and failed to reach the knockout stage, letting down the EU crowd in the process. To redeem themselves, G2 were set the daunting task of trying to take down the best team in the world—Korea’s SK Telecom T1.

A great start from G2 landed them a kill on Lee “Faker” Sang-hyeok in the opening minute after an early game invade, giving G2 an early advantage. They were unable to use the early kill on Faker to extend their advantage, however. This gave SKT the opportunity to slowly reduce the gold deficit by applying pressure on G2 to bring the game back to even footing.

WATCH: G2 starts its MSI run strong with a double in the bottom lane.

G2 found a beautiful play in the botlane ten minutes in against Bae “Bang” Jun-sik and Lee “Wolf” Jae-wan. A successful dive onto the bot lane duo gave G2 two kills and first tower gold. It was a beautiful team play by the EU LCS champions, who caught the SKT botlane duo off-guard.

The lead was short lived, however, as SKT managed to find three tower kills within mere minutes of each other. This advantage came from G2 giving SKT too much freedom on the map, allowing SKT to bring the game back to a level playing field once again.

SKT were able to control the vision throughout the midgame and deny G2 any chance of a sneak attack. Any time G2 tried to find a play, SKT were quick to punish them by either pushing the sidelines, catching out members of G2 for a quick easy kill, or forcing G2 into unwinnable situations that SKT could easily capitalize on.

SKT were able to get a deserved Baron after winning a successful fight against G2. The Baron acted as a catalyst for SKT to not only extend their lead, but destroy any hopes that G2 had of winning the game.

Miscommunication, something G2 struggles with in international play, gave SKT opportunities to collapse on the team and continually push their lead. These failed attempts at making plays kept SKT in the game, and even when G2 were able to catch roaming members of SKT off-guard, G2 were never able to secure the kill to give them a much-needed advantage. All these misplays eventually gave SKT a big enough advantage to take an elder dragon, second Baron, and close out the game.

G2 will face Flash Wolves later on in the day to try and bounce back from this loss, while SKT look to continue their strong performance against the GPL’s Gigabyte Marines.