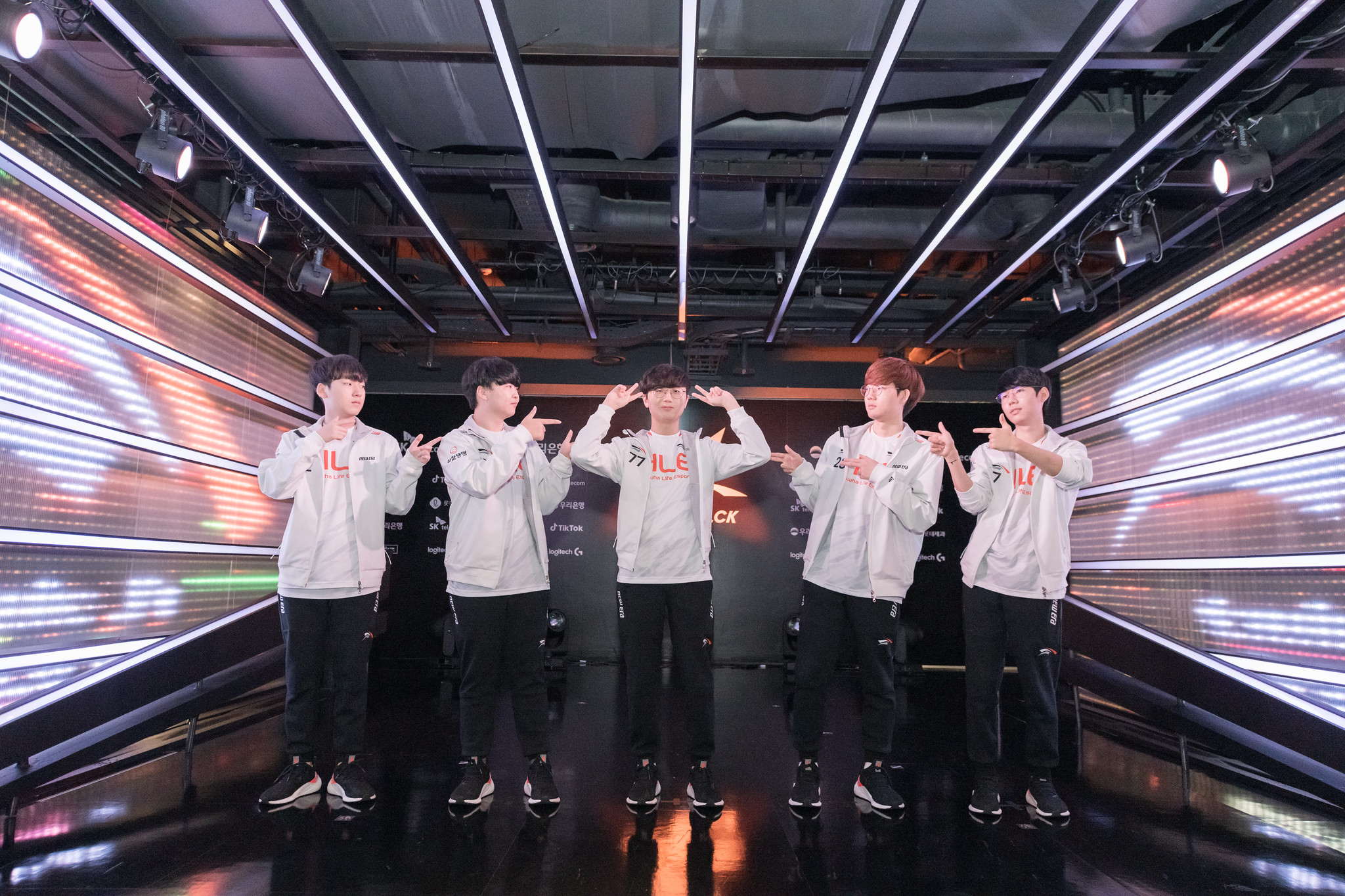 Hanwha Life Esports beat Nongshim RedForce 2-1 today in the fifth week of the 2021 LCK Spring Split off the back of a spectacular performance by top laner Park “Morgan” Gi-tae.

HLE have looked strong this split and were the favorites to win this series against NS, in part due to Chovy and Deft showing what they’re capable of during their last couple of matches. While both players played well throughout the entire series today, HLE’s rookie top laner was in the spotlight on two different picks. Morgan used Gragas and Renekton to carry two games in a row, securing both MVP votes for his incredible performance today.

This League of Legends series began with a huge statement game from the NS squad. They had a superior draft in every lane and used their champions to secure early leads after a botched invade by HLE. The game quickly spiraled out of control following this early game in favor of NS, who were able to convert their gold lead into a Mountain Dragon Soul, multiple Barons, and secured the first win of the series.

Following NS’ dominance of the first game, HLE changed their draft to a more tank-oriented composition. They picked up three tanky champions alongside Taliyah and Kai’Sa as the backline. Off the back of an amazing performance by Morgan’s Gragas, HLE equalized the series after he kept picking off the carries of NS and throwing them into his team with barrels.

With all the confidence on their side after their win in the second game, HLE went for a well-rounded composition with a decent frontline and better backline damage. Morgan was given Renekton, who’s been a contested pick in the LCK this split. With the champion, he won the laning phase and then aided his team to secure the victory over NS.

Following this victory, HLE (6-3) have climbed to second place in the 2021 LCK Spring Split standings. While they did show weaknesses in the first game of the series, they bounced back and secured a crucial win today.

HLE will be back in action on Saturday, Feb. 20 with a matchup against the top team in the standings, DWG KIA. Tune in at 5am CT to see if HLE has what it takes to beat the reigning world champions.