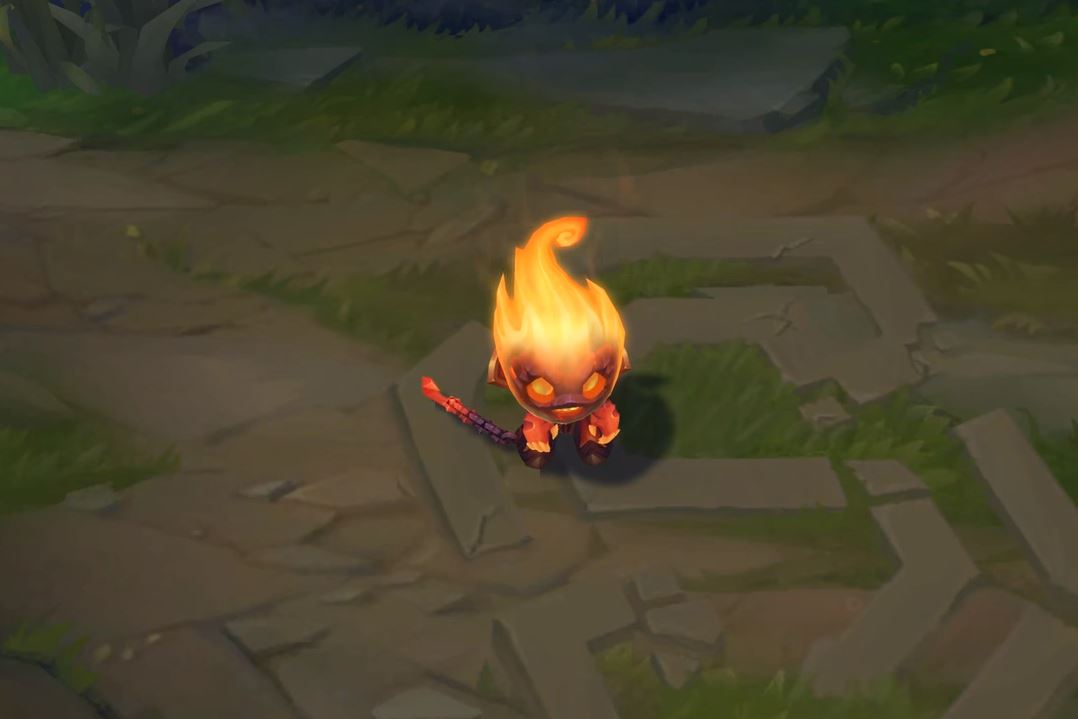 The name of the game for League of Legends lately has been “skins,” with pop-themed skins leaked today, a Halloween-themed one for Janna leaked yesterday, and Dragon Trainer Heimerdinger teased yesterday and confirmed today.

Well, guess what? There’s more. In a teaser video for the upcoming in-game Worlds events, a Halloween-themed Ekko can be seen tossing a pumpkin and wielding a spiked baseball bat, as well as Halloween Kled. Also today, Infernal Amumu was loaded onto the PBE. This is a lot of skins revealed in a very short amount of time, even by League’s standards.

To see Ekko in all his spoopy glory, you’ll want to skip ahead to around 13 seconds into the video. Kled’s skin is shortly after at about 19 seconds. WWhile we can already bask in Amumu’s cute and fiery glory on the PBE, we know next to nothing about both Kled and Ekko’s skins, other than the short blips of footage in the event teaser. Based on how they look, we can make some guesses on the names, but that’s about it.

Ekko’s skin is loaded with bright greens, and his gnarly baseball bat gives us a little bit of a hint. The only skin line that fits that bill is the Slayer line with Pantheon, Jinx, and Nunu, so we presume this one will be called Slayer Ekko. If it isn’t, well it certainly looks like it could be. Kled’s is a little more obscure, because it really just looks like a spooky skin.

Kled has a dastardly mustache and a high collar, giving him a bit of a vampire look, so we’re hoping, fingers crossed, that it’s going to be called Kount Kled. Because, well, that’s hilarious.