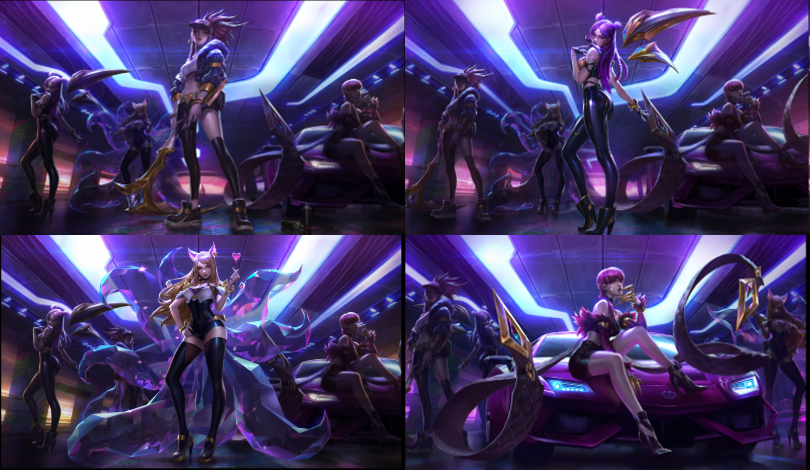 A new set of idol skins may be on the horizon for League of Legends after a new batch of leaked splash arts surfaced on the Korean forum Ruliweb earlier today.

The four leaked splash arts seem to feature Kai’Sa, Evelynn, Akali, and Ahri. The four champions are posed as if they were being photographed for an album cover.  The four skins also bear a striking resemblance to the popular KPOP group, BLACKPINK, aesthetics wise.

While the other three champions featured in the splash art have various skins, this will be Kai’Sa first new skin since her release in March.

If these leaks are proven true, this will be Ahri’s second music-themed skin. In late 2013, Ahri received a similar pop-star themed skin, which played music during her recall animation.

While Riot Games has yet to formally announce these skins, let’s hope this set releases soon so we can see them on the World Championship stage.