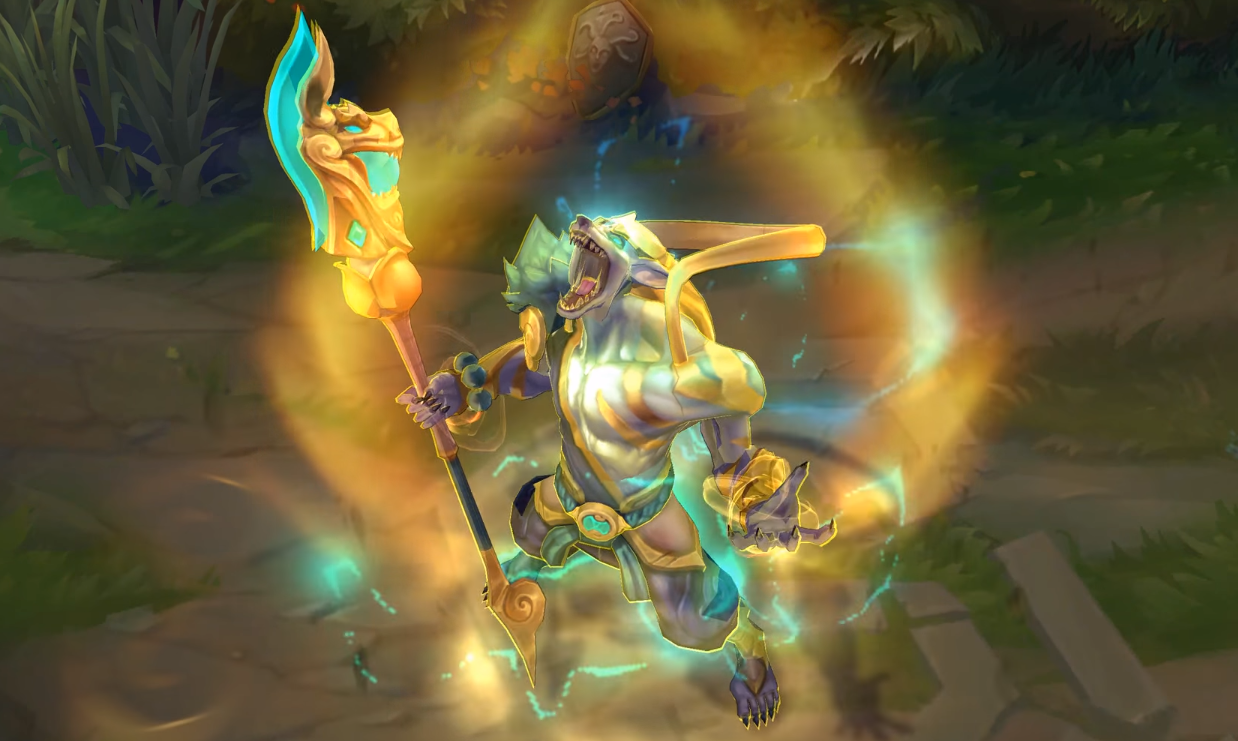 When you press the ultimate button, something surges inside of Nasus as he awakens a golden fighting aura that time had long forgotten. His enemies freeze and gasp at the overwhelming power in front of them, as his new skin’s ultimate boosts his power to levels over 9,000.

Nasus in his ultimate form bears a striking resemblance to Super Saiyan Goku, a powered-up version of the character Son Goku from Akira Toriyama’s popular series Dragonball. As well as the golden aura that surrounds the champion, Nasus’ eyes also shine blue, which is identical to Goku’s Super Saiyan form.

The resemblances don’t stop there. In his base form, before using his ultimate ability, Nasus’ hair is black, similar to Son Goku’s standard look. He also does a small burst animation that is similar to how Goku transforms into a Super Saiyan in the Dragonball series.

Nasus isn’t the only Lunar Revel skin to come to the Rift, however. Lux and Warwick will also be getting skins by Patch 8.2. Sweetheart Xayah and Rakan, as well as Artic Ops Gragas, are expected to launch in Patch 8.3 in a month’s time.