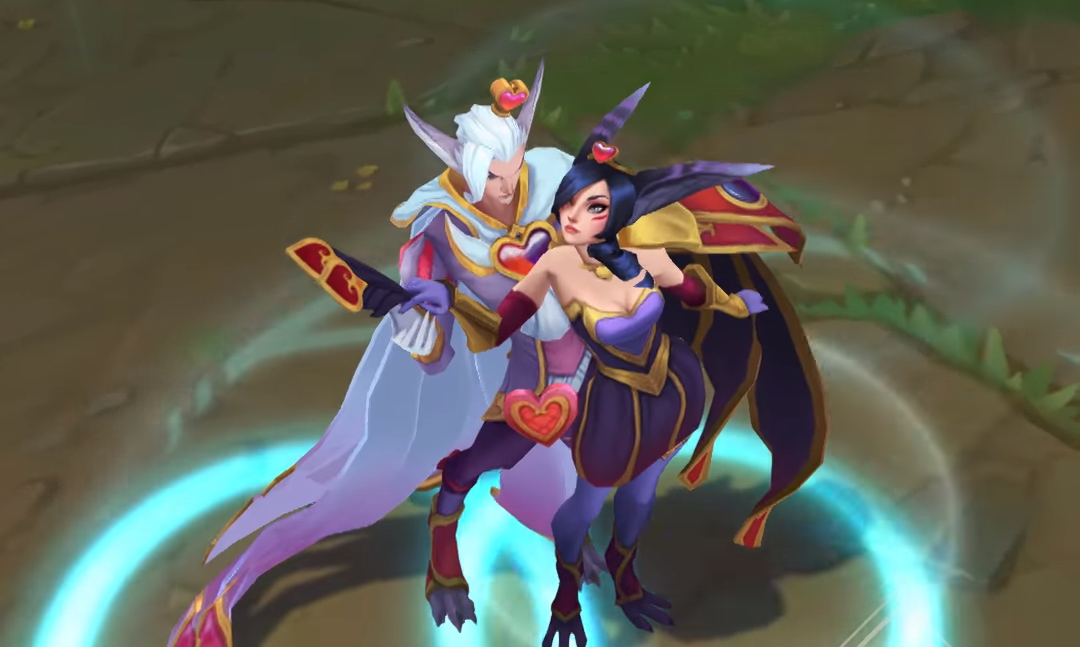 Xayah and Rakan are both getting Sweetheart skins for Valentine’s Day 2018, according to Riot Germany’s Facebook post today. Arctic Ops Gragas will also be released alongside them—because every love story needs a third wheel.

When Xayah and Rakan were released in 2017, they were released as a pair and are the first romantic couple the League of Legends champion arsenal had ever featured. They boost one another’s abilities, say sweet things in-game, and are downright adorable—so it’s no surprise that they’re both getting this year’s Valentine’s Day skins.

Both skins appear to have custom recall animations that throw Xayah and Rakan into a Waltz, and the dance can be synced up to fuse their recalls together, just like their normal recall as a duo. Arctic Ops Gragas doesn’t have anyone to sync up with. That’s OK, because his new recall animation is pretty cool, too.

Both 2016’s Sweetheart Sona and 2015’s Sweetheart Annie were only available for a limited time in February of each year, so we expect Xayah and Rakan’s skins will be exclusive to the holiday this year, too. In the past, Sweetheart skins have varied in price, with Annie’s at 750 RP and Sona’s at 975. But for almost all of 2017 there weren’t many skins under 1350, so these probably won’t be lower than that either.

Both the Sweetheart skins and Arctic Ops Gragas, as well as this year’s Lunar Revel skin line, are expected to go live with Patch 8.2 in about two weeks.