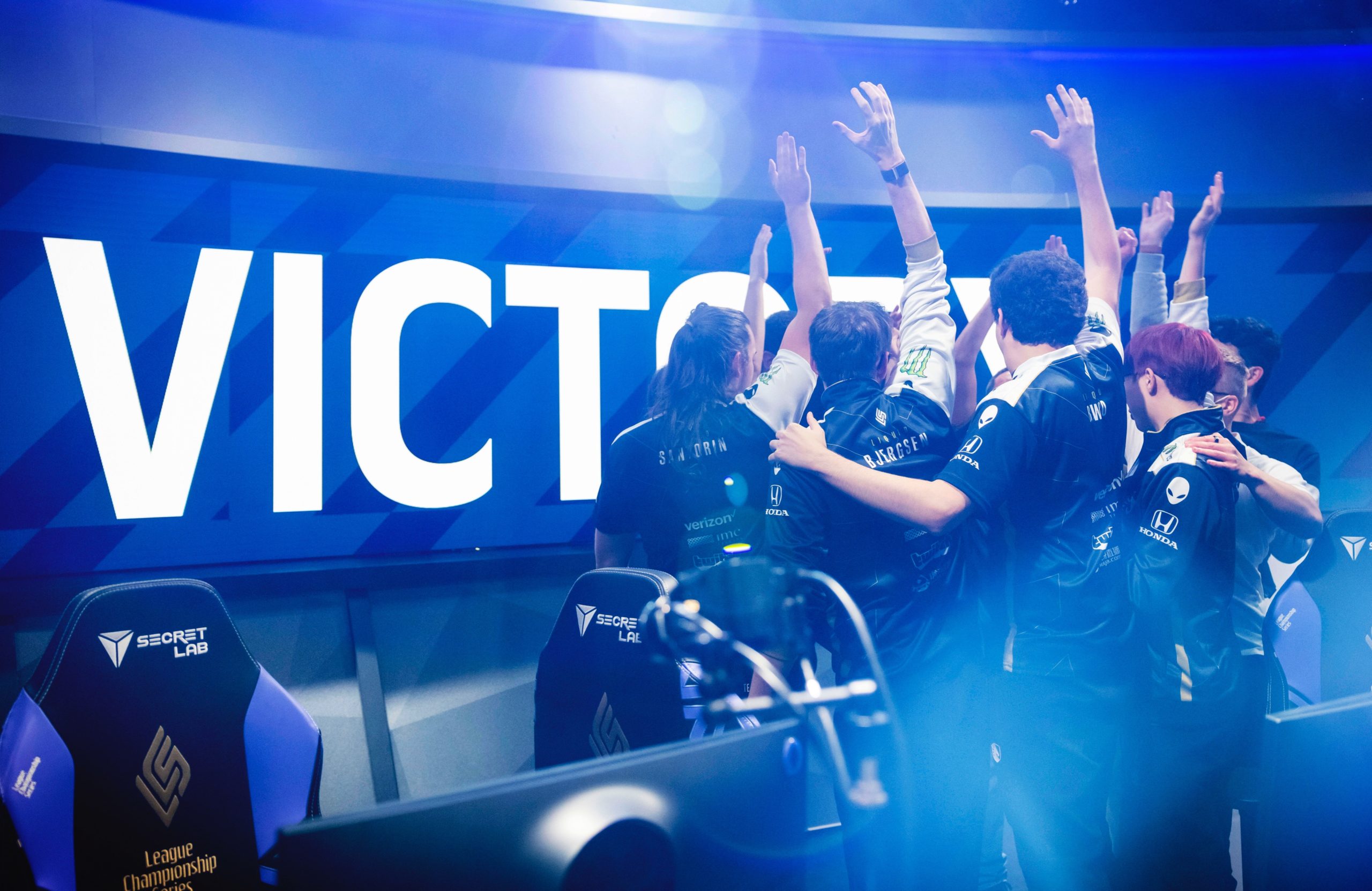 Most professional esports players don’t usually have time to reflect on the past. They’re often too focused on the present, preparing for the next team meeting, the next scrim session, and eventually, their next opponents on the big stage.

In League of Legends, the competitive scene moves just as quickly as the game itself, with fortune and failure coming and going in the blink of an eye. Sometimes, however, it’s good to slow down, take a breath, and look back at where one has come from—especially when it comes to players who have made the long flight over the Atlantic to North America as imports of the region.

People don’t usually plan out what they’d tell their younger self since it’s a conversation that will never happen. But for pros, it can be cathartic to reminisce on the past to fully appreciate where they have ended up and to motivate themselves to push forward into the future.

For players like CoreJJ and Bwipo, they’ve made the tough decision to leave home and join the LCS. They might be in different places in their careers, but they both had to start somewhere, and they also had to put in a ton of hard work to get where they are today. Before the 2022 LCS Spring Split playoffs began, the two stars took the time to contemplate their humble beginnings, while considering what they’d tell their younger self if they had the chance.

When CoreJJ was asked what message he had for a young version of himself, he gave a small, knowing smile and said “don’t give up.”

Ever since he returned to NA in 2019, the 27-year-old superstar has quickly become many fans’ favorite player. He has consistently been a top-three player in the league, winning two LCS championships, reaching the 2019 MSI finals, and earning two regular-season MVP awards as the leader of one of League’s most recognizable orgs, Team Liquid.

Aside from his individual greatness, however, CoreJJ has also helped grow the NA scene by helping establish special in-houses between LCS players and aspiring pros to try to foster a better environment for improvement at the top level. This system eventually evolved into the exclusive, high-Elo Champions’ Queue system we see today.

He even changed his residency from Korea to NA this past offseason, showing his willingness to succeed in the LCS and build the region from the ground up. CoreJJ has been so important to the NA League scene, and yet, some people might not know he almost didn’t go pro in the first place.

“At some point, I was thinking about [how] I couldn’t win any tournaments as a pro gamer,” CoreJJ said. “I actually played another game before I played League of Legends, and even though some people said I was a good player, I couldn’t win anything, even [amateur] tournaments. So I was pretty depressed back then.”

Before joining Team Dignitas in 2014, CoreJJ played on Bigfile Miracle in Korea’s former secondary league, the NiceGameTV League of Legends Battle. He and BFM finished in the bottom half of the standings in the NLB and were also a bottom-tier team when they played in that year’s Summer Champions. In time, he made his major region debut with Dignitas, but the roster wasn’t able to stand up to the juggernauts of NA in 2015.

His first big break occurred when he joined Samsung Galaxy. But even then, he had to prove himself as part of a six-man roster while splitting playing time in 2016. After making the tough decision to swap from AD carry to support, he finally found the path to his first and only Worlds trophy, placing him among the pantheons of his time.

There were plenty of chances for CoreJJ to step away and throw in the towel. He was constantly at the bottom of the standings in the first few years of his career. He never won an LCK title and he had to fight tooth-and-nail for a final Worlds spot through the regional gauntlet in the three years he attended with SSG and Gen.G.

After three years with the same team in Korea, he thought he saw his limits at Worlds and considered retirement, according to an interview with Liquid. Instead, he continued to break boundaries, joined a team in NA, and led them to multiple LCS championships. The 15-hour workdays might have led to four straight years of Worlds group stage eliminations with Liquid, but even then, he continues to fight.

CoreJJ’s perseverance through adversity is part of his drive toward becoming the best player in the world, resulting in him being a perfect example for any aspiring pro watching from the sidelines. This also made him the perfect floor general for a Liquid superteam poised to challenge for yet another LCS championship.

“Every time I changed, it was for my improvement,” CoreJJ told Liquid. “I wanted to be at the top every time, so if I changed teams or changed positions, it didn’t matter. I just kept trying to be at the top, to be the best.”

Fans usually only see the extreme highs and the success stories around star players, but they hardly ever get to see the blood, sweat, and tears these players had to shed on the way to the top. CoreJJ is one example of this determination, but another player who had to deal with his own battles is fellow Liquid teammate, Bwipo.

Four years ago, a 20-year-old Bwipo began his journey into a major region by joining one of the most prestigious organizations in the LEC, Fnatic. It was a surreal experience for the top laner—a bright-eyed rookie looking to make his mark on the European scene—and he immediately knew that every game he played since the first day was do-or-die.

But before the two LEC championships, countless finals appearances, and international praise he’s garnered throughout his career so far, Bwipo also had to earn his place on the biggest team in Europe by grinding for three years in various secondary leagues and tournaments. From 2015 to 2017, the talented Belgian played for mCon Esports, Sector One, Dark Passage, ROX, and nDurance, winning an ESL Benelux championship and a few minor tournaments along the way.

When he finally got a chance to join the EU LCS, he came into the league as a substitute, having to share time with one of the most experienced players in the league, sOAZ. Across 2018, Bwipo appeared in only five regular-season games but played a majority of the 2018 Spring Split playoffs, MSI 2018, and even at Worlds 2018. He got a chance to demonstrate his skills on the international stage, and the following year, he finally took his place as the starting top laner for Fnatic.

After such a long and arduous road, Bwipo considered what he’d tell his younger self. And first, he laughed and jokingly said, “pick Swain instead of Urgot in the [2018 World Championship] Finals.”

Bwipo admitted he regrets that decision to this day since that one pick ended up losing Fnatic a pivotal first match against Invictus Gaming, which snowballed into a sweep for the Summoner’s Cup. It also stung because Bwipo said he warned coach Dylan Falco that TheShy’s Sion would become unkillable—and to no one’s surprise, TheShy did end up becoming unkillable.

After sharing that tragic yet hilarious memory, however, he sobered up and said he wouldn’t leave a message for 20-year-old Bwipo after all.

“I think that I’m happy with the way I grew as a player, and in the end, I look back on my journey and it is what it is,” Bwipo said. “I’m very fortunate and privileged, and I wouldn’t change what I went through. There were some tough lessons that had to be learned, you hurt some people along the way, you make the mistakes you make, but that’s what makes you who you are.”

Bwipo’s time with Fnatic was the definition of up-and-down: He won two LEC trophies and was a Worlds finalist, but also dealt with various behind-the-scenes issues and even made a sudden role swap to jungle. But ultimately, Bwipo gained valuable experience—both in-game and in life—that helped him become a champion for the people to cheer for.

Both Bwipo and CoreJJ are examples that heartbreak and hardships are almost inevitable in the world of professional gaming, but those dark and desolate valleys are what make the bright, beautiful peaks that much more enjoyable in the end. Now, they and the rest of their team are climbing to yet another summit as they battle for Liquid’s fifth LCS championship.

You can catch CoreJJ, Bwipo, and the rest of Liquid in action when they face off against 100 Thieves in the second round of the 2022 LCS Spring Split playoffs on Saturday, April 16.