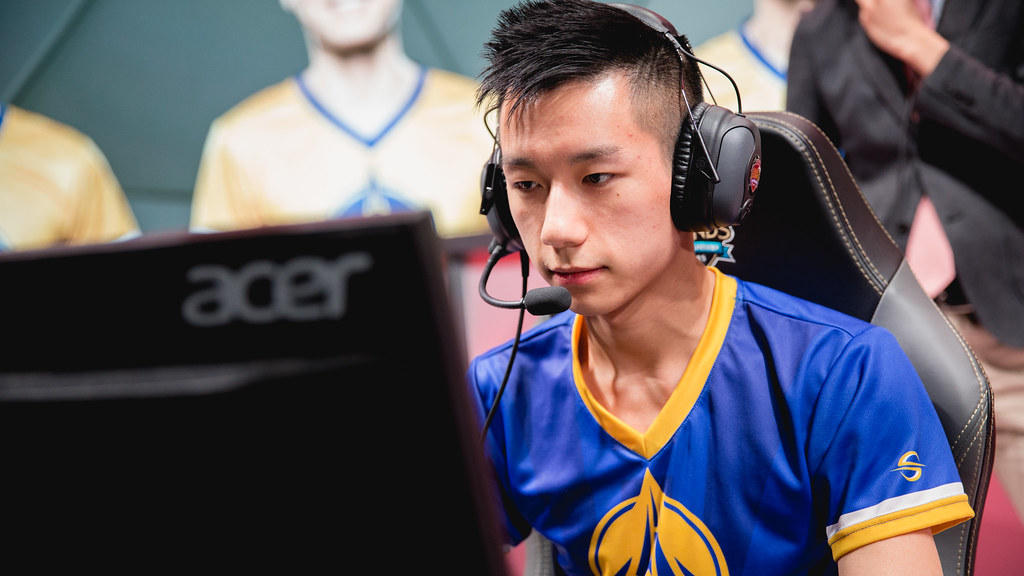 On a June 5 Twitch broadcast, former pro Hai Lam was playing solo queue when he ran into an all-too-familiar problem for League of Legends players. After making a couple of mistakes in the early game, two of his teammates decided to AFK. Hai’s team was screwed. And he wasn’t happy.

He told them they had a “shit attitude” and said one was being a “terrible” player.

A few matches later, he received a chat restriction for 10 games.

Many believe the League community is regressing and a culture of toxic, game-ruining behavior is quickly spreading. Searching “toxic” on the game’s subreddit reveals numerous complaints from fed-up players, a topic also discussed by a multitude of pros and streamers. And Riot’s lack of action and underwhelming report system does little to curb offenders.

To solve such a delicately paramount issue, “the problem needs to be fixed from both ends,” Hai told Dot Esports in an email.

Hai’s recent chat restriction caught the ire of the community. Fans, pros, and content creators struggled to understand the punishment. Hai is considered one of the scene’s most upstanding figures, even founding esports organization Radiance around a culture of respect, friendliness, and positivity. But exhibiting mild frustration towards two griefers was deemed against League’s code of conduct, resulting in a penalty.

While Hai admits that he wasn’t being “positive” in his language towards the AFK players, he feels the chat restriction was unjust and that a warning would have sufficed.

“If I was a repeat offender or had previous punishments, I could see the restriction being more justified,” Hai said. “But as a first time ‘offense’ on something that is pretty minor, it was pretty disheartening.”

Even though Riot’s communication with content creators is “usually pretty good,” according to Hai, he suspected the player support rep who explained his chat restriction was using “cut/paste templates as responses.”

The support rep encouraged Hai to look back at the chat logs, even though it can be “painful,” explaining that it can help him “learn” and “grow.”

The bizarre string of events eventually crescendoed when Hai was issued a three-month probation from the League Partner Program (LPP), losing perks like audience giveaways, event invites, and co-reveals. Riot quickly reverted the probation, handing Hai a warning instead. The company also apologized for the rash decision.

“The probation [was] too strict without any warnings/conversations being given prior,” Hai said. “They built a dedicated program to help support creators, the least they can do is put actual effort in managing/handling the affairs of their program/people.”

While this issue was rectified swiftly, the catalyst that ignited it all was consequential: game-ruining behavior.

The issue of toxicity running rampant in League has been building up over the last few seasons, with players, pros, and content creators weighing in. Former League pro Voyboy sparked the conversation with his “The Sad State of League Solo Q” video on May 4, calling out Riot for its inaction towards disruptive behavior. The streamer argued that the ranked scene has gotten worse every season in terms of player attitude.

European content creator Bizzleberry followed up on this idea with the “sad state of the League Partnership Program” on June 15, claiming that openly toxic LPP partners aren’t being reprimanded by Riot and set a bad example for the playerbase.

Hai agrees that player behavior has gotten worse over the years, but calls it a “hard thing to solve.”

“The community is at fault for the state of Solo Q, whether they want to admit it or not,” he said. “Yes, Riot can directly influence it by issuing out more punishments to people griefing, AFKing, and inting. However, it wouldn’t be a problem if people didn’t promote/excuse that behavior in the first place.”

Hai hopes Riot can “spur action” by punishing repeat offenders and adding more resources into managing the report system. The problem “needs to be fixed from both ends.”

Riot has taken a few steps towards addressing toxicity this season, outlining short and long–term goals for combating disruptive behavior in a May 8 blog post. The company increased the prevalence of instant feedback reports in NA by allowing you to see if an offender was punished in something you didn’t report them for. And a new Champion Select feature is slated to go live in Patch 10.13, allowing players to mute and report griefers before the game even starts.

As for suspending players who are intentionally feeding or going AFK, Riot game director Andrei “Meddler” van Roon explained in the blog post that it might be harder than it looks.

“We’ve been very cautious about it historically due to the risk of falsely identifying, and therefore punishing, a player who isn’t actually trolling,” Meddler said. “Avoiding unjust temp bans is important to offer a good player experience.”

But Riot has vowed to “dedicate more resources” towards specifically addressing inting, AFKing, and other game-sabotaging behavior.

Going forward, Hai wants to focus on his own attitude in difficult situations.

“It’s important to me to represent what my organization Radiance stands for,” Hai said.

But this same philosophy isn’t always practiced by players in solo queue. If disruptive behavior is appropriately handled, then a fully-functioning system can hopefully emerge. A player has a bad game and intentionally feeds, Riot punishes them, and the offender “reforms.”

So Hai, ultimately, is right. For this idealistic scenario to work, action is required by both parties—Riot and the community.