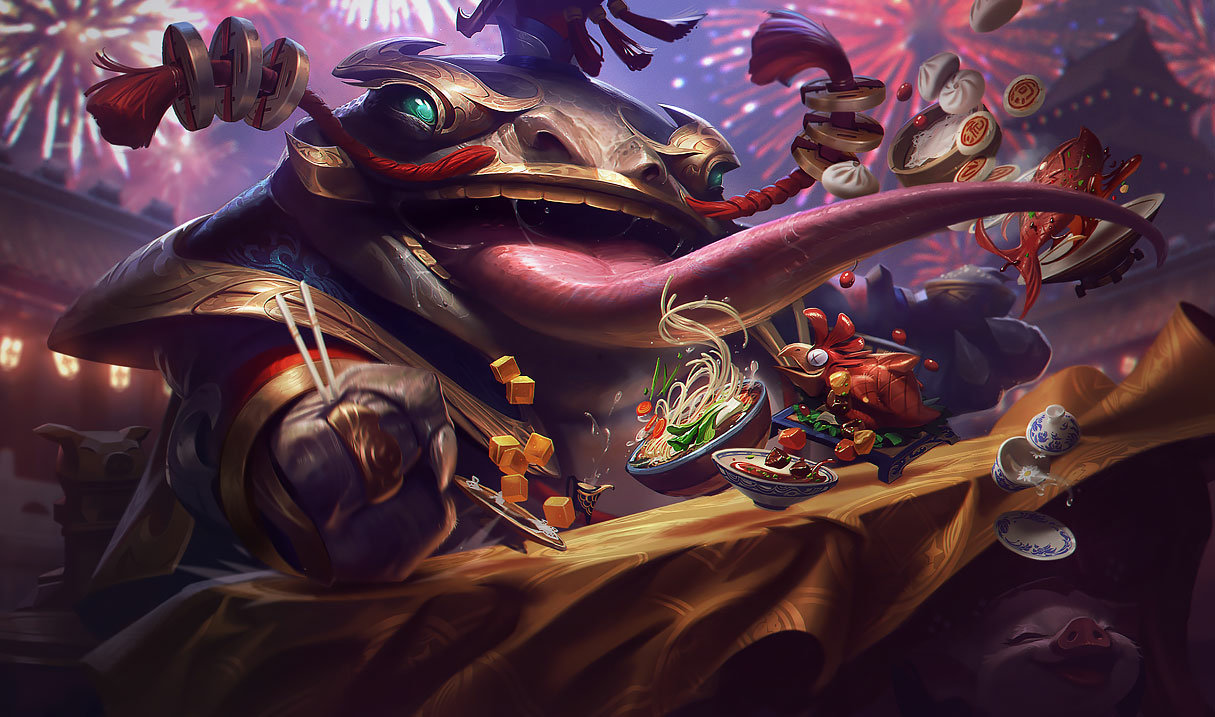 We’re a week away from the release of League of Legends‘ Patch 11.13, which is slated to be “the biggest meta shake-up we’ll see for quite a while,” according to Riot Games. In preparation, gameplay design director Mark “Scruffy” Yetter sent out the game’s detailed patch preview today, complete with all of the upcoming champion changes.

In this patch, players will get their chance to try out the new Tahm Kench rework, which will see the community’s beloved catfish undergo some significant changes to his abilities. The biggest alterations come to Devour and Abyssal Voyage, two abilities that have been switched around. The old W ability has now become his ultimate, while the old ultimate is now a regular ability. Each ability has also been tweaked so that the Kench will have plenty of usefulness in both solo queue and pro play.

Additionally, a handful of champions will be receiving changes as we head into one of the biggest patches of the year so far. The adjustments aren’t eye-popping, though. Rumble is getting minimal nerfs to his Scrap Shield cooldown, while its movement speed is being nerfed by five percent at each level. Lee Sin is getting his Tempest damage reduced in the late game, while Riven’s E shield will be reduced by 15 at all levels.

The planned buffs to Dr. Mundo have been moved to a later patch, but Xayah and Aphelios are both getting some damage buffs in 11.13. The former will receive a slight increase in damage to her Double Daggers, while the latter will be getting increases to his passive AD and lethality stats. Olaf’s health per level is also getting a small increase, going from 93 to 100.

Lastly, Viego is getting some changes that are focused on pushing him from the mid lane to the jungle position. His Q, Blade of the Ruined King, will be getting its healing from minions reduced to 50 percent, while his Harrowed Path movement speed will be increased by five percent at each level. He can also cast the ability quicker and farther away from walls since the length of the projectile is being increased by 75 units.

Along with these changes, Riot is introducing some sweeping reductions to mobility creep, making multiple adjustments to various items in the game, and bringing two new items to the store. You can check out all the changes when Patch 11.13 drops on Wednesday, June 23.