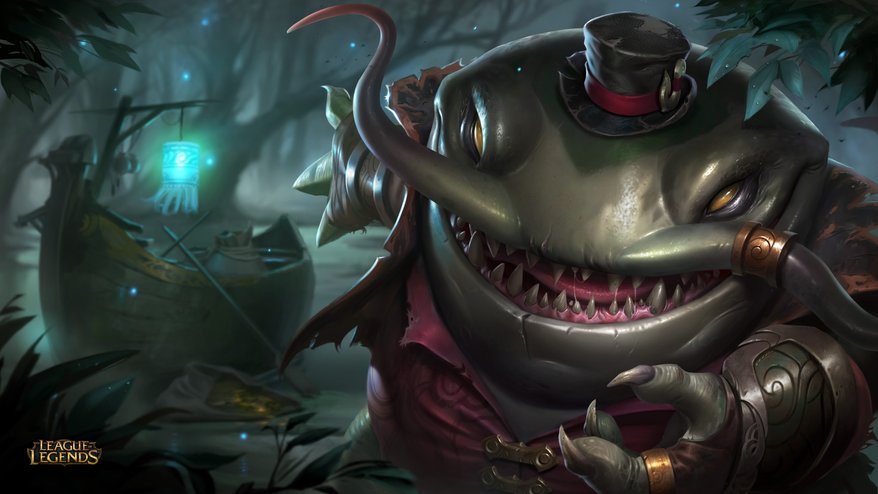 It’s time to unload to toad.

League of Legends fans have widely anticipated the Tahm Kench mini-rework, which should make him more viable in a solo queue setting as opposed to only in highly-coordinated team play. Surrenderat20 mod Spideraxe compiled the River King’s updated tooltips today, detailing the full ability kit that’s being tested on the PBE.

Riot had already hinted that Tahm’s Devour would swap to his ultimate, giving his new W an AoE knock-up. Now, fans can see the specifics of the full kit, though the numbers are liable to change before they hit the live servers. Not much changed on Tahm Kench’s passive, An Acquired Taste, and Thick Skin (E). Notable tweaks on Tongue Lash (Q) include a self-heal for six to 10 percent of missing health and it now applies a passive stack when hitting a champion. The biggest alterations are on his W and ultimate.

Tahm’s new W, Abyssal Dive, resembles his old ultimate with a couple of adjustments. The toad dives down and then reappears at a target location, dealing damage and knocking up all enemies in the area for one second. Devoured allies can still come along for the ride, but the range on the ability is far less than it was when it was his ultimate. As for Devour (R), enemies consumed will take more damage than the previous iteration. And allies Devoured will be granted a shield for up to 2.5 seconds after being spit out.

With Kench’s mini-update hitting the PBE today, fans can likely expect it to hit the live servers soon.