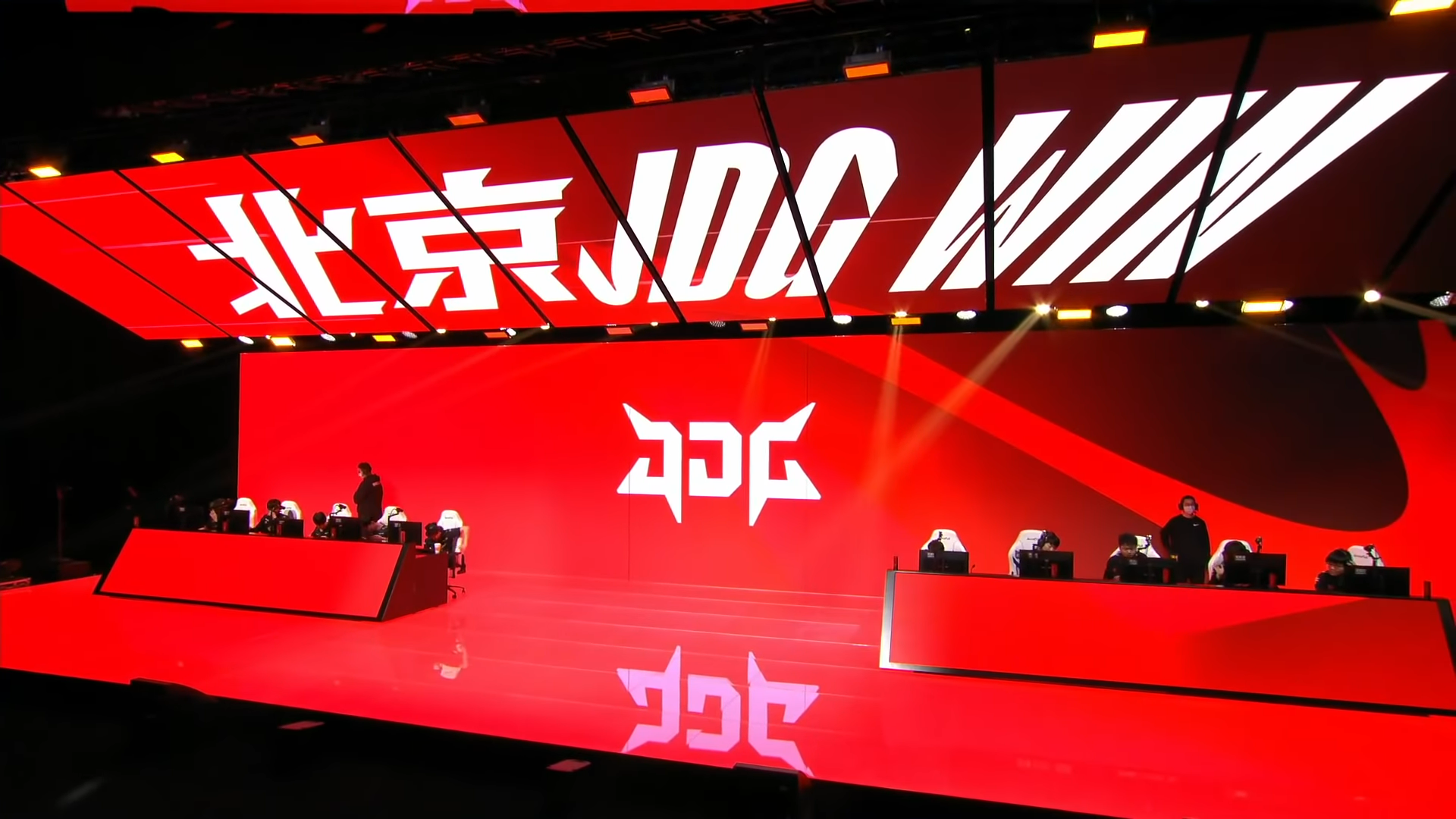 Today’s upper bracket final match between JD Gaming and Top Esports was an intense and exciting showdown that was arguably the best series yet in the 2022 LPL Summer Split. With a grand finals spot at stake, both League of Legends teams refused to go down quietly. The series ended with JDG completing a reverse sweep of TES to secure a 3-2 victory.

In game one, JDG had built up a solid gold lead thanks to perfect early-game engages. But all their hard work came crashing down with TES securing the first Baron. It was the comeback moment that TES needed, and with JackeyLove’s Draven popping off, the enemy team’s defenses just crumbled.

Game two again saw JDG getting an early-game lead. This allowed them to secure the first Baron and an Ocean Soul, and they were able to open up the TES base, even taking down their Nexus turrets.

But JackeyLove refused to surrender. His Zeri earned a spectacular quadra kill while defending his base. His 15/2/4 KDA shows the crucial role he played in TES’ comeback, allowing his team to gain a 2-0 lead in the series.

By this time, JDG had realized their win condition: remove the threatening JackeyLove first. So in game three, he always got focused on by JDG players in teamfights.

The strategy clearly worked and JDG were able to steamroll into the enemy base and successfully take down their Nexus.

Game four turned out to be another long tussle between the two teams. In the late game, TES looked poised to take this game and the series thanks to JackeyLove’s fed Lucian.

But their hopes were dashed when JDG managed to kill off four of their champions after TES got the third Baron. With only the support Nami to defend the base, JDG easily took down the Nexus and leveled the series.

In another Silver Scrapes moment, League fans got to witness the best plays from both teams. But it was JDG who turned out to be the ultimate victors. Yagao’s mid lane Azir carried JDG, helping his team jump from a 7,000 gold deficit to mount an amazing reverse sweep and seal the game along with the series.

JDG’s 3-2 victory allows them to advance to the grand finals of the 2022 LPL Summer Split playoffs. They are just one step away from claiming the title. While they’re undoubtedly disheartened, TES still have a chance to make it to the finals. They must beat EDward Gaming on Aug. 28 if they want to have a rematch with JDG in the grand finals.