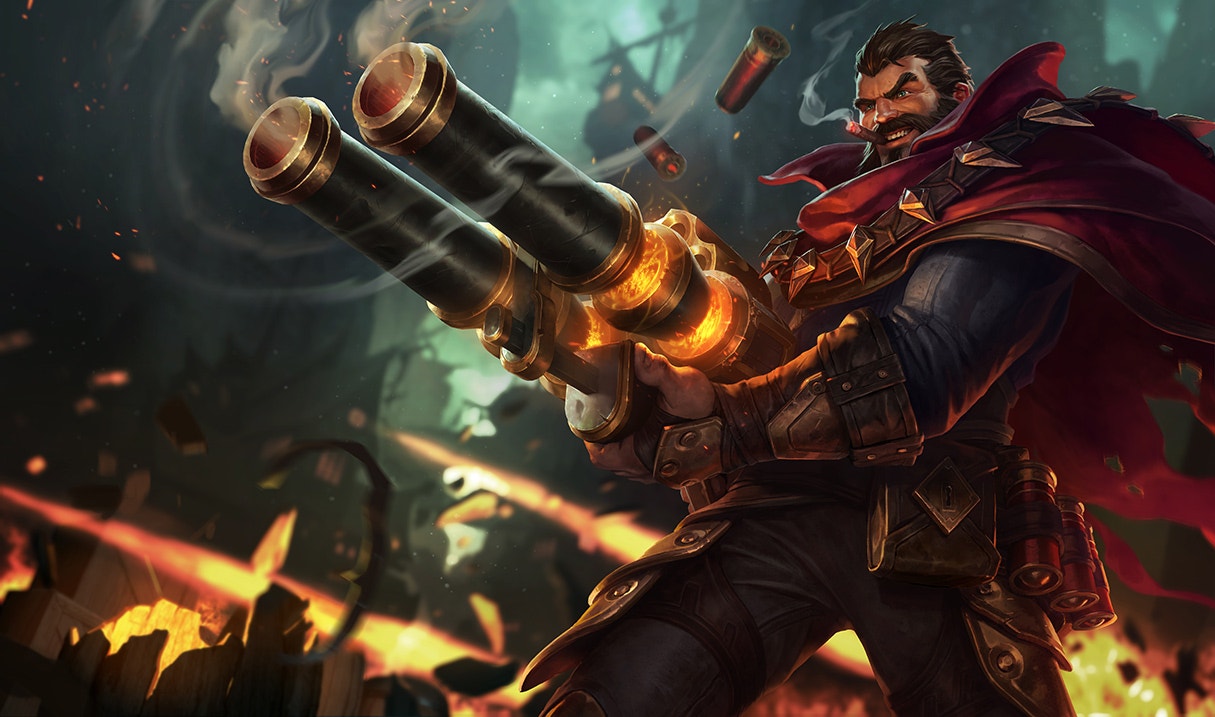 It’s time for another round of champion and system nerfs for League of Legends. This iteration is looking very closely at some of the game’s most staple marksmen, as well as an undead rock singer and some excessive areas of healing.

Riot Phlox, designer on the Summoner’s Rift team for League, revealed in detail the champions set to be hit by the nerf hammer in Patch 11.21, which were first teased yesterday. These champion nerfs will also be accompanied by nerfs to other aspects of League that have taken control of the past few patches, including a few runes and items.

Various marksmen are being disarmed through massive hits on the central parts of their kits. Graves, who dominates two lanes and the jungle in solo queue and professional play, will have the armor gained through his E decreased. Similarly, the pirate captain herself, Miss Fortune, is set to receive not only a decrease in her base mana but an increase in the cost of her W.

Marksmen that are normally played in solo lanes are also being hit hard due to the pressure they can unleash, particularly on melee and immobile opponents. League’s most recent marksman, Akshan, will focus less on dealing damage while swinging and more of that sheer mobility with decreased damage on his E. Quinn’s wings are being clipped just a little bit with nerfs to the attack speed granted with her W.

Karthus is the only non-marksman set to be nerfed in Patch 11.21, but with an emphasis on his power in the bot lane. In order to deal less consistent damage at a rapid rate, the mana cost per second on his E is being increased.

Other than champions, players can expect big nerfs to three runes, as well as changes to two staple items. Guardian, often the rune of choice for tank supports, will have its granted shield decreased slightly. Fighters that normally bring Conqueror will have to take into account the decreased adaptive damage and buff duration. The only non-keystone rune being nerfed is Ravenous Hunter, with its omnivamp healing granted per stack being decreased slightly.

Following Ravenous Hunter’s healing nerfs is a heavy nerf to one of the most dominant items of the year: Goredrinker. In exchange for a higher damage ratio granted based on base AD, its health regeneration and Spite passive, which grants bonus AD based on missing health, are being removed. To bring Stridebreaker up to par with other Mythic items, it will also be receiving this increased damage percentage of base AD, as well as a flat increase in AD given.

Patch 11.21 is set to tackle some of the more tedious aspects of League in recent months, with a heavy emphasis on healing. All of these changes are tentative and may end up being altered before their release on live servers on Oct. 20.