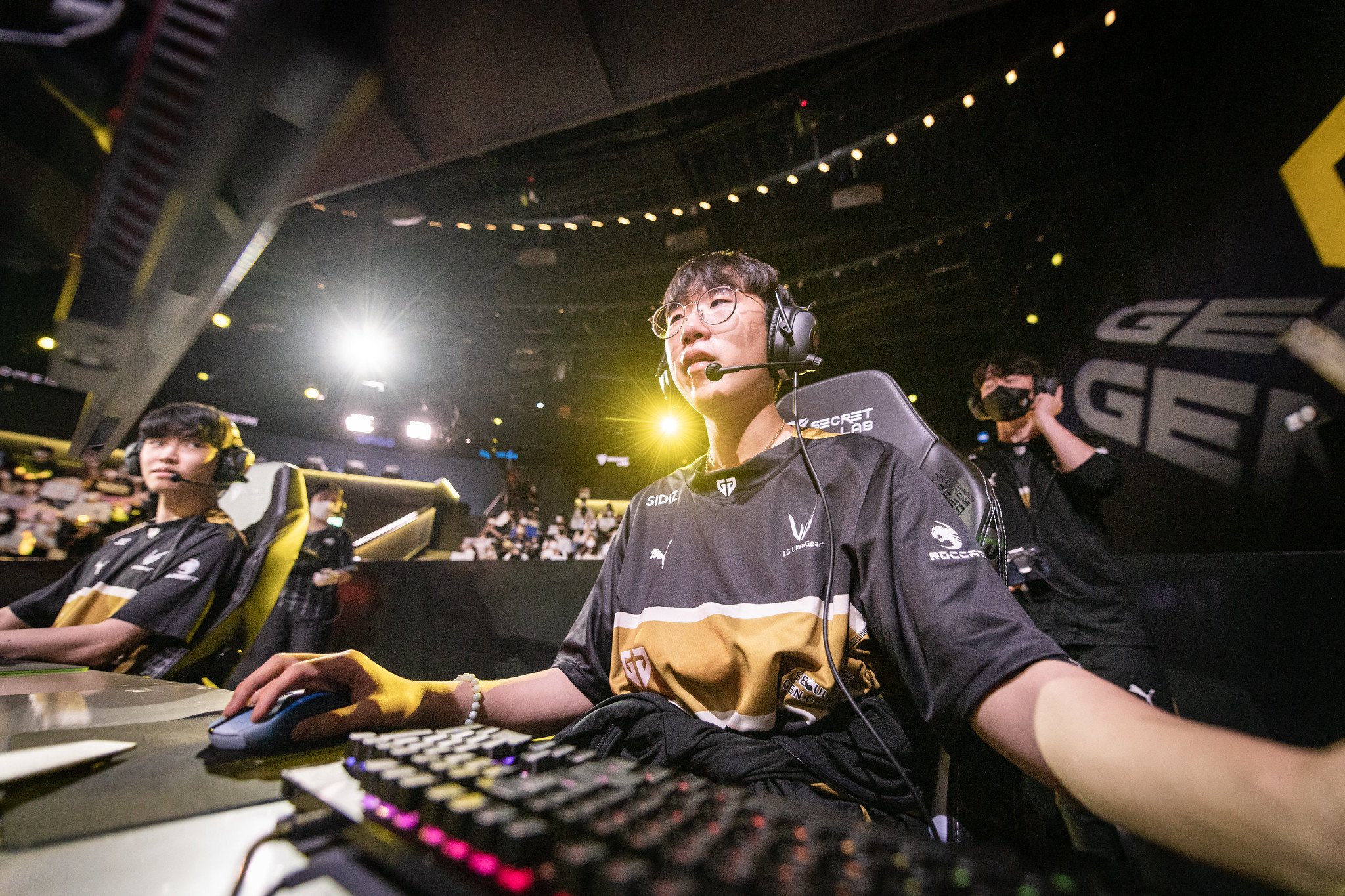 Gen.G clinched the No. 1 overall seed in the 2022 LCK Summer Split playoffs earlier today, surprising few fans. What was stunning about their top seed-clinching 2-0 victory over Fredit BRION earlier today, though, was that both games in the League of Legends series were played in the exact same amount of time: 33 minutes and 59 seconds.

The first game of today’s series saw Gen.G jump out to a respectable lead in the mid-game following a two-for-zero teamfight in the northeast quadrant of the jungle. From there, Gen.G gained continuous control of the map until a later teamfight allowed them to push into the BRION base, earning the final hit on the Nexus at the 33:54 mark. Because League’s official game time statistic accounts for the five seconds that it takes for the Nexus to explode, the first game of the series officially ended at 33:59.

The second game of the series was far tighter than the first, with neither team holding a gold lead of over 1,500 until the 30-minute mark of the game. Just like the first game, though, the second one wrapped up precisely at 33:59 following a late-game teamfight victory and subsequent push by Gen.G. BRION’s death timers were long enough for Gen.G to carry momentum into BRION’s base, getting the last hit on the Nexus at 33:54 once again, forcing the game to officially end at 33:59.

Although today’s series saw two games of identical length, BRION and Gen.G showed incredible variance in the way they approached these games. Across the two games, no champions were repeated in the teams’ drafts and 20 unique picks were made over both games.

Following today’s match, both Gen.G and BRION have one match each remaining on their schedules. BRION can’t finish higher than eighth place this split. They’ll wrap up their summer run against the red-hot Liiv SANDBOX on Aug. 12.

Gen.G will look to cap off their near-perfect split against KT Rolster on Aug. 13. Should Gen.G win that match, they’d be just the third team in LCK history (and the first not named SKT or T1) to finish a split with a record of 17-1 or better. Six LCK teams all-time have finished with a record of 16-2 or better in a single split.