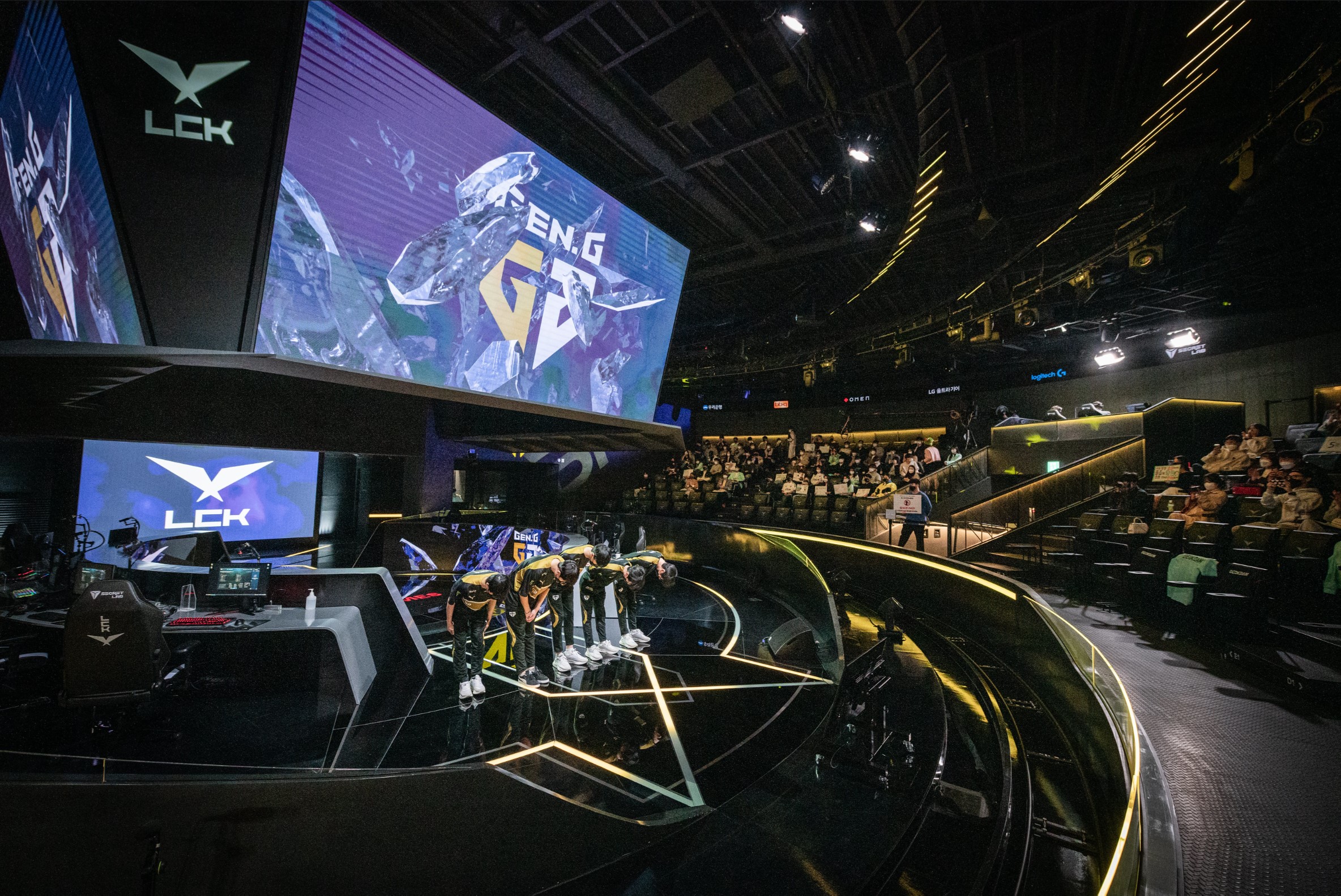 Gen.G’s LCK Summer Split run ended earlier today with the team winning its 17th match of the split. In total, Gen.G posted a record of 17-1 this summer, becoming just the third LCK team in history to win 17 or more matches in a single split.

Earlier this year, T1 won all 18 of their Spring Split matches, becoming the first team in history to post an undefeated split in Korea. Gen.G’s 17-win split in the summer is monumental in its own right, especially regarding T1, as this feat marks the first time that a team apart from the SK Telecom/T1 franchise has won 17 or more matches in a split. The only other team to do so before 2022 T1 and 2022 Gen.G was SK Telecom’s 2015 Summer Split team.

This split, Gen.G solidified themselves as the best team in Korea, surpassing T1 in the regular season in the standings with two full matches in the loss column between them. T1 finished the split with a record of 15-3, dropping three matches on the domestic stage this summer after not losing a single one during the first half of the season. However, T1 was the only team in the LCK to take a match off Gen.G this summer when they beat them by a score of two games to one on July 8.

Beyond their impressive 17-1 match record, Gen.G posted an individual game record of 35-5 this summer. No team in LCK history has won that many individual games throughout a split while losing that few games, giving Gen.G the best single-split winning percentage by an LCK squad, ever. In fact, 14 of the team’s 17 match wins this split came via the two-game sweep.

Going into the LCK summer playoffs, Gen.G is easily the hottest team in Korea. The team has won 22 of its last 24 individual games and clinched the top seed in the postseason earlier this week. That top overall seed comes with the privilege of a first round bye, meaning Gen.G advance directly to the second round of the playoffs. Additionally, they’ll be able to select their opponent for that round depending on who wins the two first round LCK summer split playoff matches.

The LCK summer playoffs will begin on Aug. 17, while Gen.G will play their first match on Aug. 20.