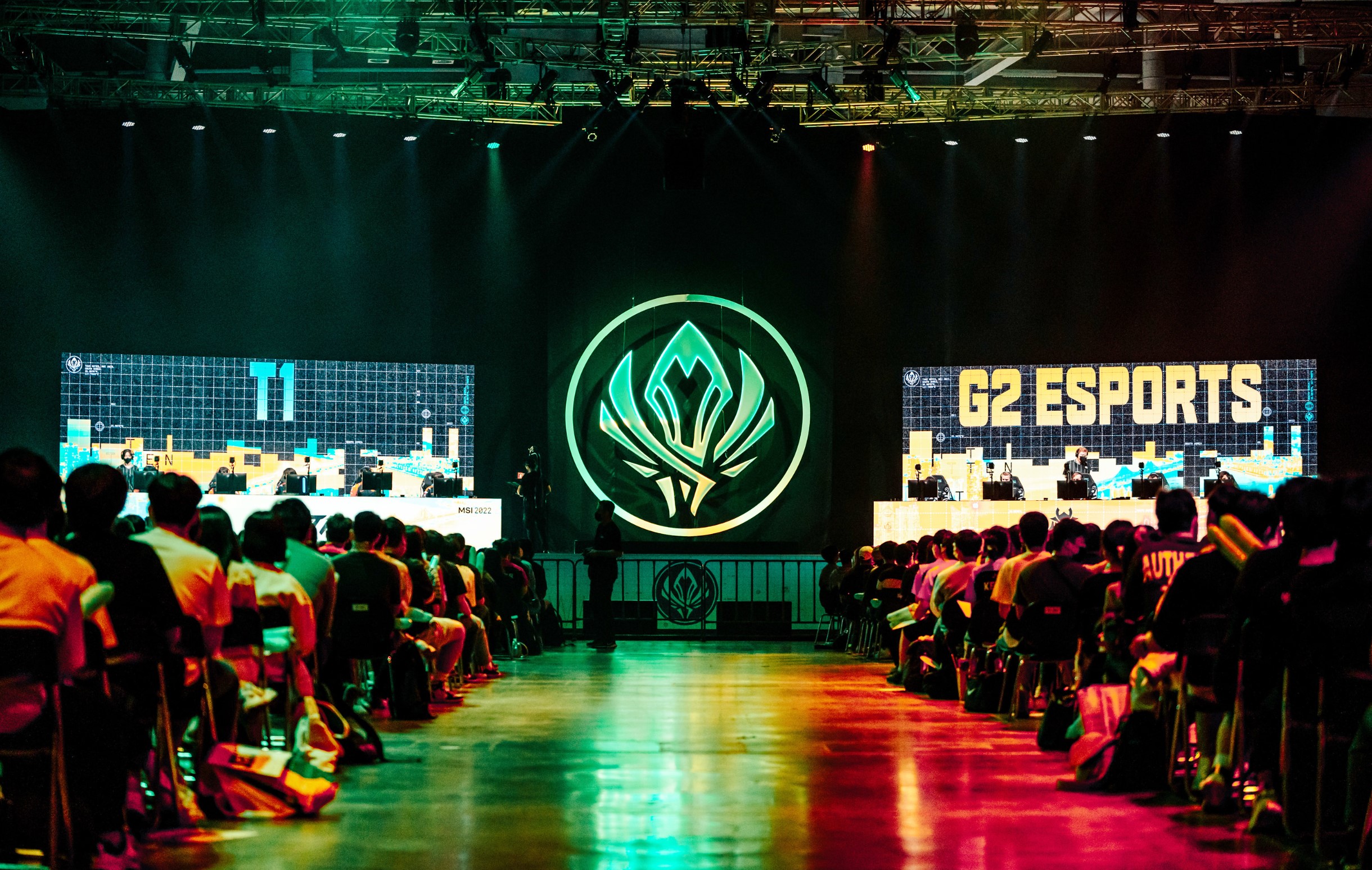 T1 were in dire need of a mental reset after losing to Evil Geniuses earlier in the day, and G2 Esports handed them one on a silver platter. In just over 21 minutes, T1 restored their confidence against a struggling G2, who have now lost four consecutive games in the wake of their history-making 24-game winning streak.

G2 and T1 came into this match tied for second place at the MSI rumble stage with even records of 4-3. And although G2 won the first meeting between these two teams, handing T1 their first match loss of the year in the process, T1 roared back to claim victory today, barreling down G2 by a total kill score of 18 to 9.

Rebound wins like this one are nothing new for T1, either. The team has not lost consecutive individual games since the 2021 World Championship. T1 have won 11 out of 11 games following losses this season.

For T1, it was AD carry Gumayusi who carried the torch against G2. The young star whipped out his signature Aphelios pick, a champion he’s now won 11 out of 12 games with in 2022, playing him to the tune of a 5/1/7 scoreline. Across his career, Gumayusi holds a record of 26-5 with the champion, according to League stats site Games of Legends.

After winning four straight games to open the rumble stage, G2 have now lost four in a row to even up their record. To further the thematic prominence of the number four, G2 currently hold sole possession of fourth place in the rumble stage standings. With just two games left to play on the schedule, G2 are on the brink of being potentially locked out of the final bracket of MSI.

Should G2 and T1 be tied at the end of the rumble stage, a tiebreaker game would be in order considering the two teams split their head-to-head matchups. Both teams’ schedules feature games with the recently eliminated Saigon Buffalo tomorrow. G2 will close out their rumble stage run against Evil Geniuses—a team they’ve beaten five times in a row—while T1 will wrap things up with a game against Royal Never Give Up.