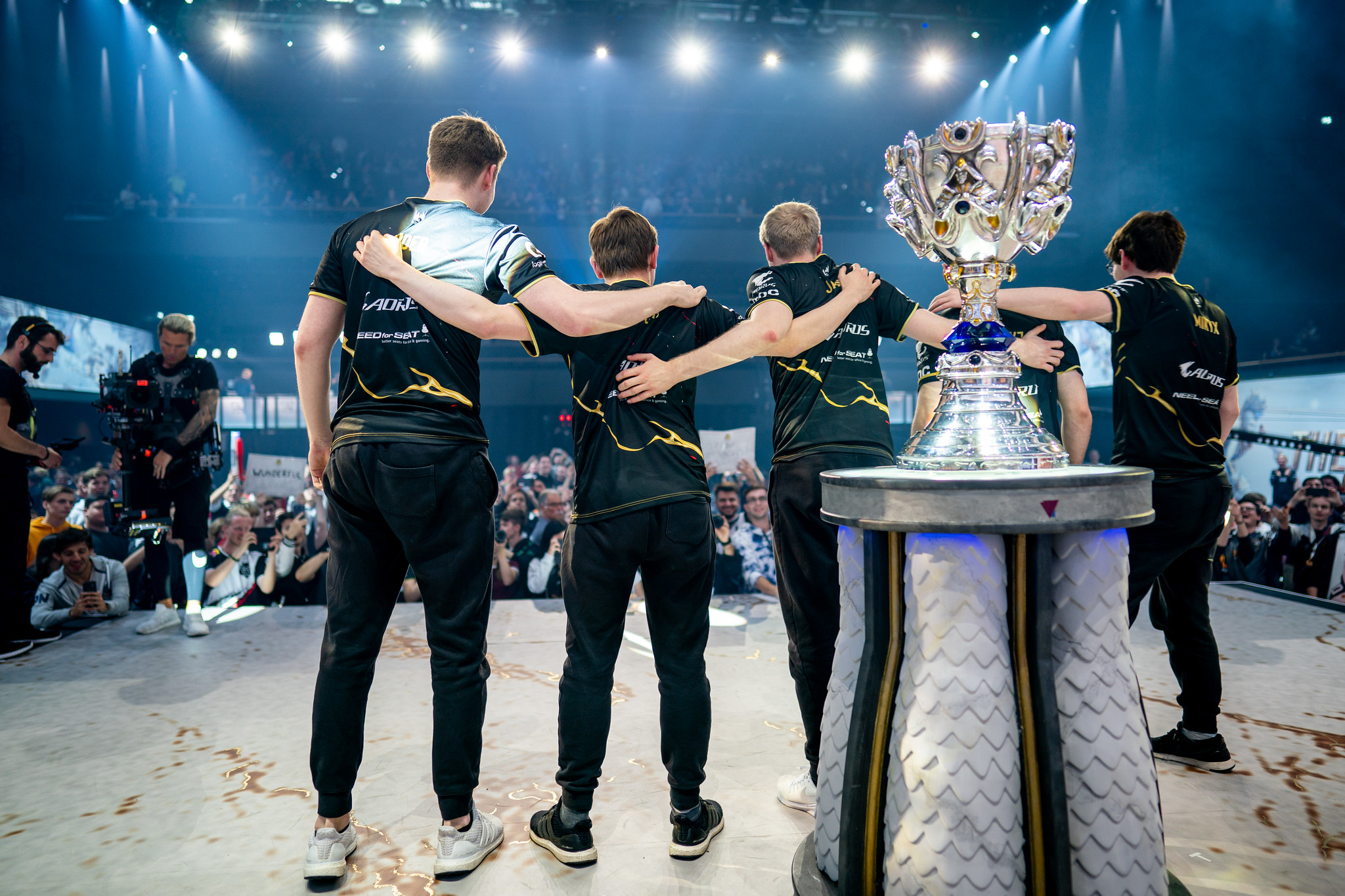 G2 were a clear favorite coming into Worlds. In addition to their first-place finish at MSI, every player on the team was voted onto LEC Summer Split All-Pro first team. Though their success was easy to predict, it wasn’t clear just how dominant they would be.

G2 was sorted into Group A along with Cloud9, Griffin, and Hong Kong Attitude. Cloud9 has a history of making it out of groups. Last year, they made it out of a group that included Gen G. and Royal Never Give Up. And Griffin finished second in the LCK for three consecutive splits. Given the other teams’ track records, an upset against G2 wouldn’t have been surprising. But G2 snuffed out any hope for an upset and destroyed their opponents.

Earlier this week, G2 swept Griffin and Cloud9 in under 30 minutes. Today, G2 showed some struggle against HKA, but crushed them nonetheless.

During the match, G2 wasn’t mindful of HKA’s positioning and were caught out multiple times by HKA support Ling “Kaiwing” Kai Wing on Thresh. But G2 quickly shot down HKA’s chance of winning with impeccable teamfighting. Similar to their game against Cloud9, G2 drafted a standard team composition. Mihael “Mikyx” Mehle on Rakan found ideal engage opportunities which were easily followed up by the rest of G2.

G2 will have to face Griffin, Cloud9, and HKA once more to close out their group stage. Considering how dominant G2 has been thus far it’s hard to believe they will drop a game to any of these teams.

G2 will finish off their group stage run on Friday, Oct. 18 begining with their rematch against HKA at 9am CT.