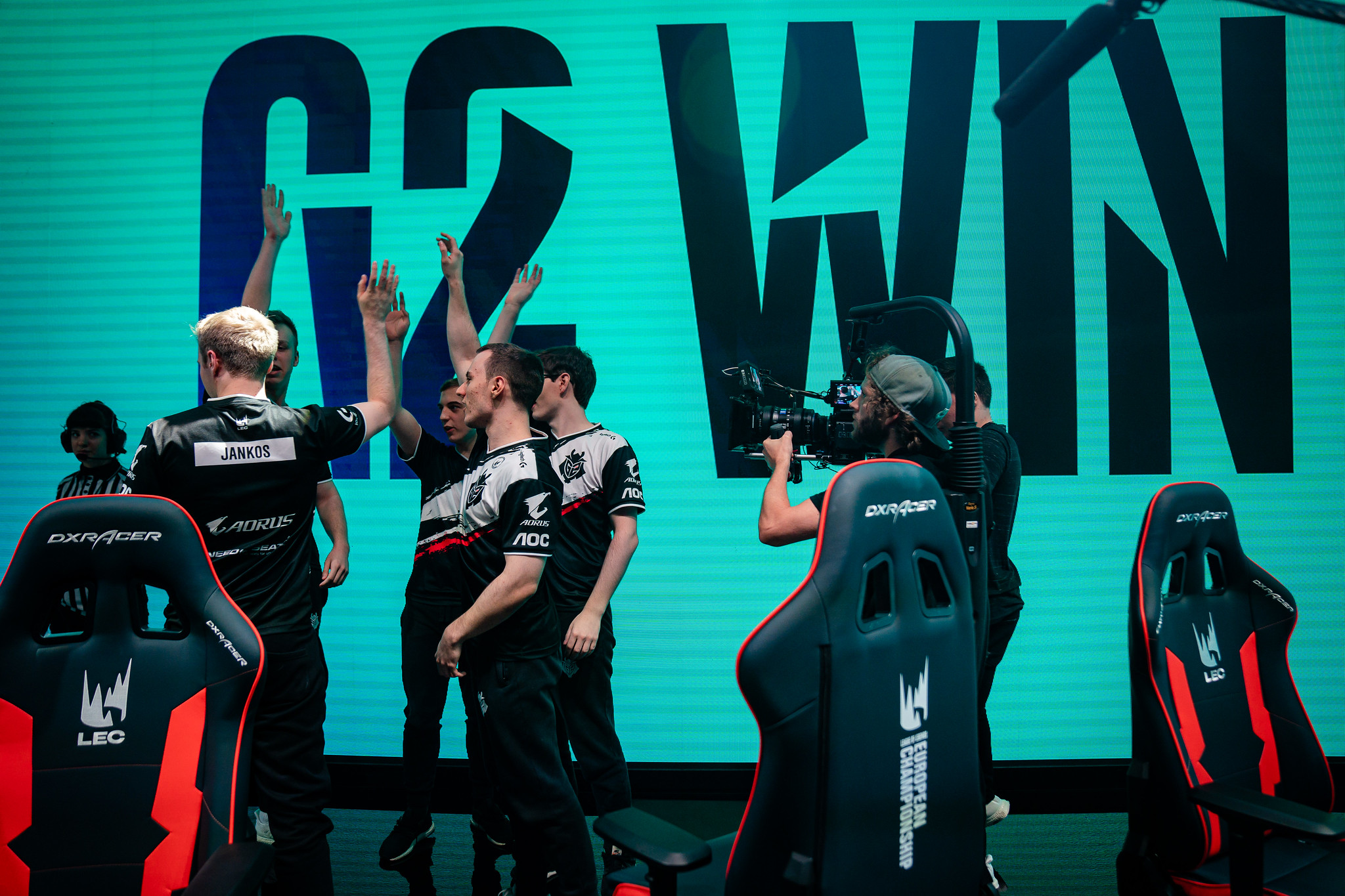 G2 Esports started off their group stage run with a convincing victory over Griffin during the 2019 League of Legends World Championship.

G2 came into Worlds as the LEC first seed and reigning Mid-Season Invitational champions. Last year, G2’s Worlds run ended in the semifinals. In an effort to improve their roster for 2019, G2 signed Fnatics mid laner, Rasmus “Caps” Borregaard Winther. Additionally, G2 moved Luka “Perkz” Perković from mid to bot lane, which he previously had no professional experience in. The choice to move Perkz was questionable, but he quickly became the best ADC in LEC.

G2 went on to dominate the 2019 LEC season, coming in first during the Spring and Summer Splits. And now, they’re a top contender for this year’s Worlds Championship.

Griffin, on the other hand, came into Worlds as one of the most volatile teams. Their ability has been proven time and time again during the LCK regular seasons. But they’ve been known to choke in best-of-five scenarios. They also have no international experience outside of Rift Rivals. On top of this, Griffin dropped their long-time coach Kim “cvMax” Dae-ho just two weeks before the group stage. Going into their match against G2, which Griffin we would see was incredibly unpredictable. Unfortunately for Griffin, League viewers saw the worst of the LCK second seed.

Griffin started with a questionable substitute. Instead of playing Choi “Doran” Hyeon-joon, they swapped in Choi “Sword” Sung-won, who hasn’t played on stage in several months. Their draft focused on going top early and getting Lee “Tarzan” Seung-yong ahead on Taliyah. Both of which failed to set Griffin up for success. Griffin isn’t known for playing towards top side and this showed when their attempts to gank for Sword failed. Moving into the mid-game, Griffin appeared to be disoriented. They were able to pick G2’s players here and there, but they were also getting picked themselves and struggled to position themselves in teamfights—leaving G2 to steamroll.

Though Griffin’s decisions were strange, G2 looked amazing regardless. They’ve been known for their innovative picks, and today, they locked in Ornn to counter Renekton despite Ornn being out of meta. G2 also showed why they are world-class by switching up their style.

Due to Perkz’s experience mid, G2 are able to play unconventional team comps with bot lanes like Garen and Yuumi. Today, however, they played a standard, front-to-back composition with Kai’sa and Leona. With Ornn and Leona, G2 were able to engage at will and safely while their carriers cleaned up. Practically every fight was in G2’s favor as they finished off Griffin in a 30-minute victory.

While G2 showcased their dominance in their first game at Worlds, Griffin struggled to come together on the international stage. Both teams will have their second game of the group stage tomorrow. Griffin will face Hong Kong Attitude beginning at 12pm CT followed by G2 vs. Cloud9 at 1pm CT.