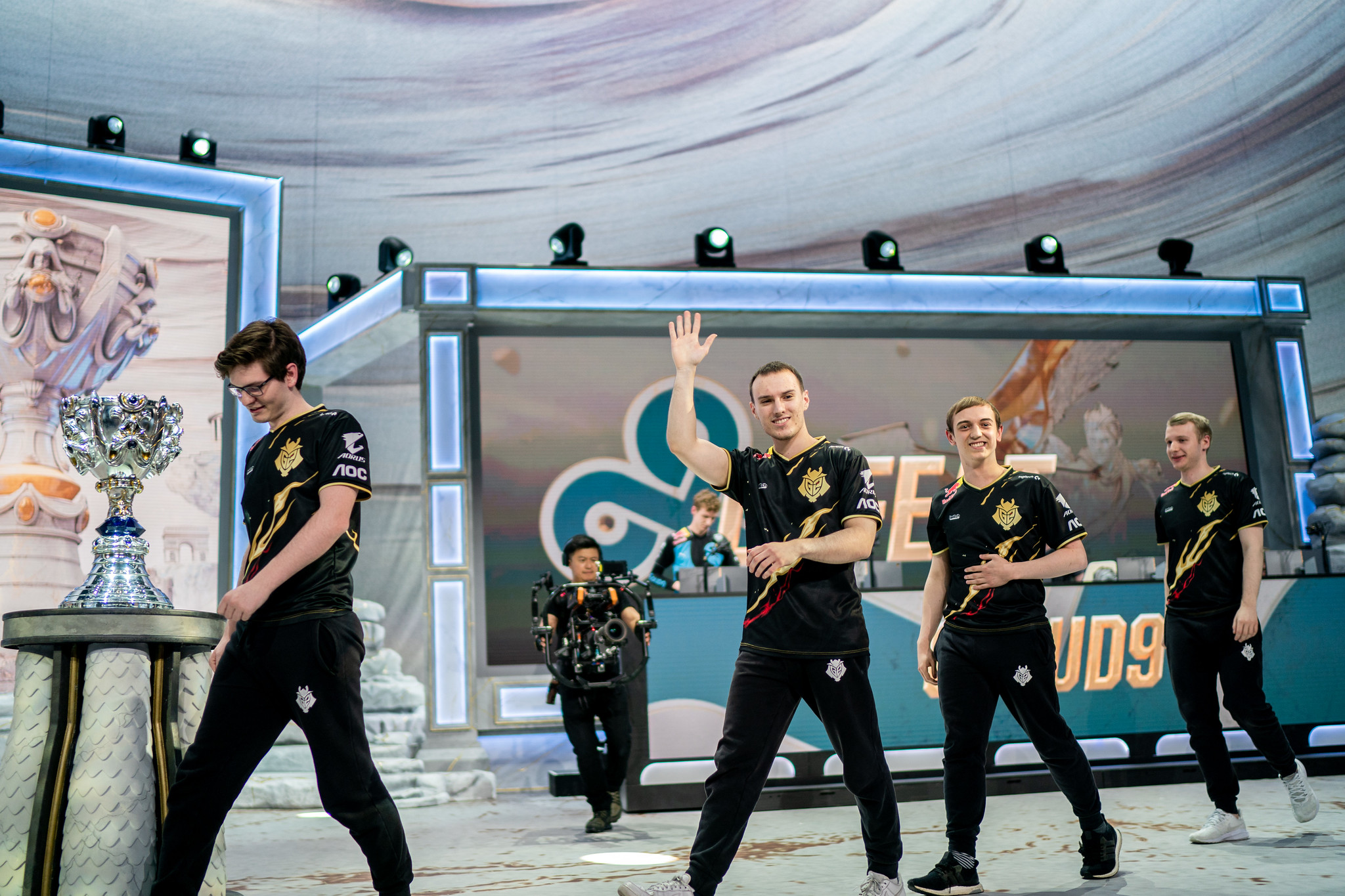 G2 Esports beat Cloud9 today in the fastest game of the 2019 League of Legends World Championship group stage so far.

The gold was fairly even throughout the first 15 minutes of the match. The distribution of that gold, however, is another story.

Licorice and Blaber, who finished the match with five and four kills respectively, collected the majority of C9’s resources. G2 ADC Luka “Perkz” Perković, on the other hand, got extremely fed in the bot lane and was able to use that momentum to carry his team to victory.

C9 bot laner Zachary “Sneaky” Scuderi abandoned the typical ADC champions for Cassiopeia and met little success in that endeavor. Sneaky finished the match 0/7/4 and was outfarmed by Perkz by 83 CS.

Despite the humiliating loss, there’s a silver lining in C9’s defeat. Blaber’s performance was promising because he was able to contain G2 star jungler Marcin “Jankos” Jankowski to an 0/4 start on Qiyana. Licorice had similar success in the top lane, pulling off an amazing one-vs-two to survive a Jankos gank and get a kill out of it as well.

C9 are now 1-1, tied with Griffin. Their Worlds journey is far from over and they still have plenty of time to iron out any kinks.

Fans can watch C9 attempt to jump ahead of Griffin in their match tomorrow at 12pm CT.