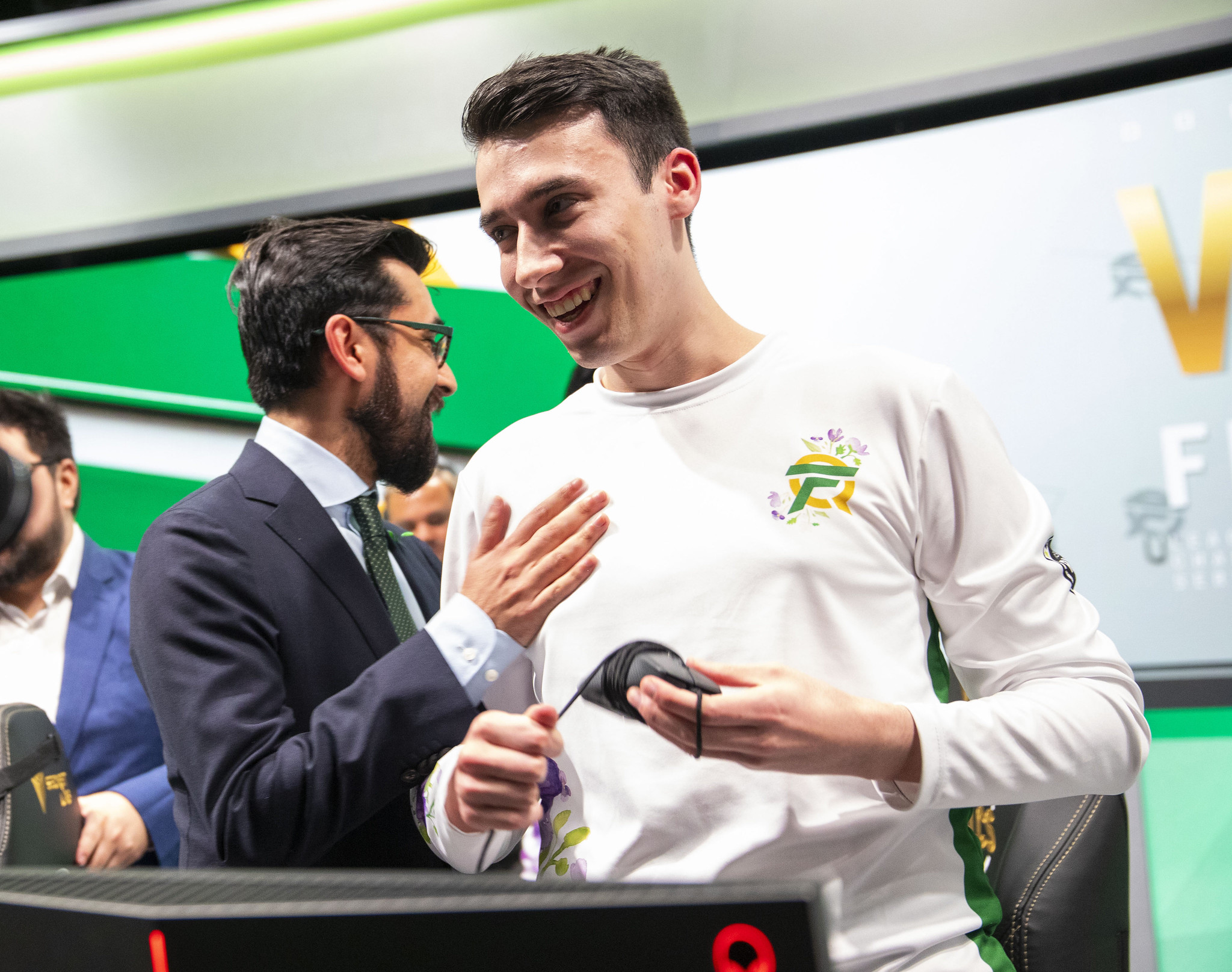 Five wins, 13 losses, and a ninth-place finish. That’s how FlyQuest ended their 2019 Summer Split in the LCS. It was clear that they needed a change, but when FlyQuest announced it signed Tristan “PowerOfEvil” Schrage and Lee “IgNar” Dong-geun, our League of Legends experts weren’t impressed.

In fact, Dot Esports rated FlyQuest as the eighth-best team in our preseason power rankings. As an outsider, it’s easy to be results orientated. It’s easy to see a 5-13 record and assume a lateral change likely won’t make a difference. So when FlyQuest pulled off a 2-0 this weekend, we were stunned. But for PowerOfEvil, this was the likely outcome.

“I expected us to actually do good, because we had a lot of success in scrims,” PowerOfEvil told Dot Esports after his victory against former team CLG. “The team atmosphere was really good. Overall, everything was going really good.”

When PowerOfEvil joined FlyQuest, he didn’t see a ninth-place team. Instead, he saw the makings of a team with impeccable synergy from week one. As PowerOfEvil recalled his impressions of FlyQuest before joining, he praised Jason “WildTurtle” Tran for his ability to consistently produce high damage numbers and was impressed by Omran “V1per” Shoura’s talent given his lack of experience. Most importantly, PowerOfEvil pointed out Lucas “Santorin” Tao Kilmer Larsen and IgNar.

Santorin has wanted to play with PowerOfEvil since his days on OpTic, according to PowerOfEvil.

“[Santorin] saw the potential in me and my last two years were really strong in NA,” PowerOfEvil said. “I think he first approached me after OpTic and then once more after CLG.”

Santorin’s inclination toward playing with PowerOfEvil struck the current Flyquest mid laner when he was evaluating the teams’ potential success. This was a sign their mid-jungle synergy could be strong.

“That’s really important that the mid jungle wants to play together and they want to work together,” PowerOfEvil said.

Season after season, League fans have seen the strength of robust mid and jungle duos. In 2019, FunPlus Phoenix ripped through teams to claim a world championship with the combination of Kim “Doinb” Tae-sang and Gao “Tian” Tian-Liang. Part of what makes Lee “Faker” Sang-hyeok and T1 so dominant is his ability to sync up with his jungler and move the map for the rest of his team.

Unlike the top and bot lane, mid has the freedom to pivot between all three lanes given its central position. Similarly, jungle is able to exert pressure across the map without being tied to a lane. When united, these two can single-handedly control the tempo of a game.

PowerOfEvil is likely well aware of this. Knowing he’d join a team with a mid and jungle who wanted to work together added to his expectations for FlyQuest’s week one success.

As for IgNar, the two were former teammates in the LEC. Both played on Misfits throughout 2017 when the team finished second in the summer and advanced to the Worlds quarterfinals where they were one game away from beating T1 in a best-of-five. The teamwork they’ve cultivated, though a few years old, set up FlyQuest for a self-assured kickoff, according to PowerOfEvil.

“We both know each other, we know what we need from each other,” PowerOfEvil said. “I felt that was really helpful for the first week too. We’re already like kinda on the same page.”

Fans saw a glimpse of FlyQuest’s organic synergy this weekend, particularly in their game against CLG. An early gank onto PowerOfEvil’s lane by Santorin set the tone for the remainder of the match. Whether it was PowerOfEvil lane swapping with bot to take the first tower with Santorin or IgNar setting up plays with his team to follow, FlyQuest looked like they had already played a season together. By 19 minutes, FlyQuest had taken three dragons and all of CLG’s outer turrets without losing any of their own.

FlyQuest’s 2-0 start showed the markings of a playoff team. But this is still the beginning. PowerOfEvil said that FlyQuest’s continued success will depend on their ability to adapt and improve. New patches will come out, new champions will be released, teams will improve, and FlyQuest must stay ahead of the competition if they want to remain at the top.

As the split progresses, we’ll find out if FlyQuest’s head start was an indicator of a rejuvenated team or if it was a rare performance not meant to be repeated. For now, PowerOfEvil believes this early lead will put FlyQuest on everyone’s radar.

“It shows that we’re actually a really strong team,” PowerOfEvil said. “We showed up today and we showed we actually can close out games—not like [the] Immortals TSM game.”

FlyQuest will continue their LCS season Feb. 2 with their match against Team Liquid at 2pm CT.