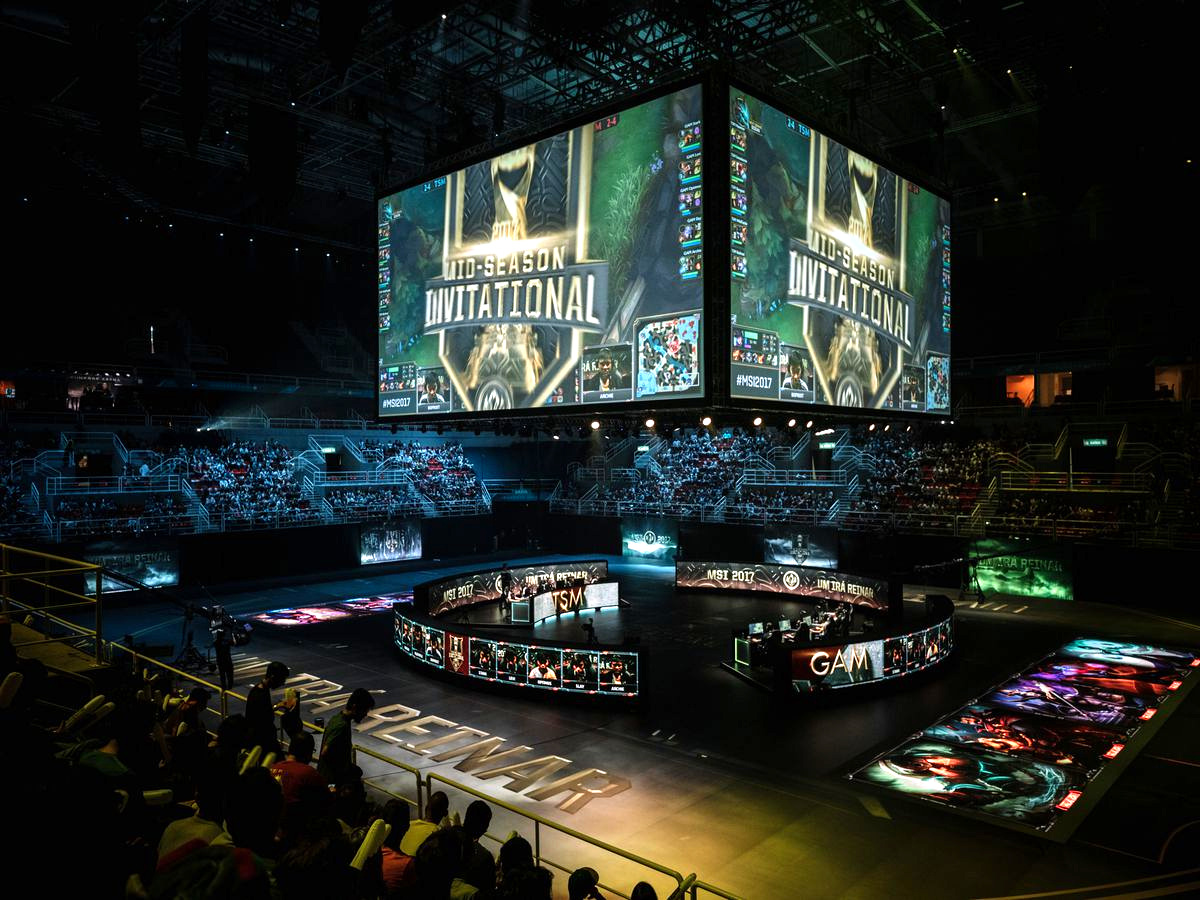 It’s a good time to be a North American.

Canada Day was last weekend. America’s Independence Day is coming up. Both events mark important milestones in the two nations’ separation from European founders. The next salvo in what has become a friendly rivalry across the Atlantic will happen in a few days when three North American LCS teams will head to Berlin to face their European counterparts in the new Rift Rivals tournament.

But for this next step, North Americans have less to be optimistic about. While Europe’s top three, G2, Fnatic, and Unicorns of Love, have looked increasingly dominant, North America’s top three of TSM, Cloud9, and Phoenix1 are decidedly less so. Last weekend’s matches was a great barometer—both TSM and Cloud9 lost winnable matches. Phoenix1 played a clean week, but are still just near last place at 3-7 on the split. The one good team that did sweep the week, CLG, is staying home.

So with North America’s best squads struggling so far, what chance do they have against Europe?

TSM: Will they stop experimenting?

TSM undoubtedly has the most to prove. After a banner split last summer, they washed out from Worlds in devastating manner. It was a big hit to not only their brand, but to all of NA—if the best NA team in history couldn’t hack it at Worlds, what hope did the rest of the region have?

TSM followed that disappointing performance with tepid appearances at IEM and MSI. Sure, they were working with a fill-in at ADC, Jason “WildTurtle” Tran, but the team’s issues went beyond one player. At MSI especially, jungler Dennis “Svenskeren” Johnsen looked lost on any champion besides Lee Sin and top laner Kevin “Hauntzer” Yarnell made numerous mechanical and play-calling mistakes. Even star mid laner Soren “Bjergsen” Bjerg picked up some deserved criticism for his passivity and inability to carry games.

The team has pivoted this summer by embracing an experimental approach aimed at getting the most data out of its drafts as possible, presumably to better prepare for Worlds. They know they can handle most NA squads and qualifying for Worlds shouldn’t be a problem, especially with the Championship Points they’ve already accrued from spring.

Hauntzer started the split by experimenting with split-push Kennen, but the team’s performance suffered. Things turned around after he switched to bruiser-type initiators who build Gargoyle’s Stoneplate, a new item this summer.

Bjergsen too started the split by trying utility, wave-clear heavy mids like Taliyah and Galio. Those have been en vogue around the world, but TSM didn’t have much luck. Since he switched to a diet of high-damage mages like Syndra, Cassiopeia, and Orianna, the team has had better luck.

As far as Rift Rivals, expect TSM to still try some different team compositions. Their preparation for last year’s Worlds was clearly lacking, and only a good showing this fall will atone for their mistakes. Don’t expect them to take Rift Rivals too seriously. They’ll want to play hard and sharp, but also see what works, especially against the distinct European meta.

TSM has the most talent of all three NA teams, but putting that talent to use is a continual challenge.

Cloud9: Are they more than second bananas?

Cloud9 was actually the lone North American team to make it out of the Worlds Group Stage last year. The problem is, that stage seems to have been the team’s peak. Sure they made another final last split, but a heartbreaking five-game loss to TSM followed by continued inconsistency this split has kept them in TSM’s shadow, despite a recent victory over their rivals.

The team still has to figure out its top lane. After a dispiriting game one loss to TSM in which he squandered a gold lead, Jung “Impact” Eon-yeong was been subbed out, at least for Jeon “Ray” Ji-won. Ray might be the better player against European teams that love to split push. Ki “Expect” Dae-han won’t be a problem, but Fnatic’s Paul “sOAZ” Boyer and Unicorns of Love’s Kiss “Vizicsacsi” Tamás could be.

Cloud9 also has to work out how to use mid lane to its advantage. Nicolaj Jensen continues to impress in lane, something that will be important in all three matchups. All three European mid laners are having good splits. But all three—UOL’s Fabian “Exileh” Schubert in particular—can be baited in lane. Jensen will not only have to win the mid lane, but roam aggressively to support the side lanes. His biggest fault might be his hesitancy to leave his lane, something that can’t happen against European teams comfortable with quick rotations.

Finally, Cloud9’s late game control will be tested against the best in EU. Fnatic and G2 love to pull you around the map, and UOL love to fight, which plays right into C9’s style. Do well, and C9 can prove that it not only can stand up to Europe, but also that it really is a top NA team.

Expectations are low for Phoenix1. Starting 0-6 in domestic play will do that. For most teams, heading to Europe and dealing with travel and time changes, while everyone else is staying home and practicing, would be a chore. For P1, it’s a golden opportunity.

This team needs all the stage time they can get. They’re still integrating rookie jungler Mike Yeung and veteran support Alex “Xpecial” Chu. Playing real games against quality squads, without those games counting against them in the standings, is exactly what this team needed.

There’s not much hope that they can really make the bracket stage, but that doesn’t mean P1 shouldn’t have goals for this week. For starters, they desperately need to get both Yoo “Ryu” Sang-wook and Noh “Arrow” Dong-hyeon going. There’s only so much Derek “Zig” Shao can accomplish split pushing. Arrow especially should have advantage in most of his matchups this week. The team should challenge him to crush his lane, and camp for him, consequences be damned.

So far this split, the three European teams are playing at a higher level than their NA counterparts. Each will test NA in different ways—G2 with late game control, UOL in chaotic teamfighting, and Fnatic with map pressure and rotations.

All three NA squads will have opportunities too punish UOL in the mid and bot lanes. It’s not uncommon to see the Unicorns fall down in the early game only to come back through vicious teamfights. The challenge will be to avoid that bait and use map control to snowball a lead. Unicorns are a dangerous squad, but they may be the easiest opportunity at a win.

Fnatic will really push in the early game. In that way, they’re similar to CLG, who have used scripted plays and rotations to their advantage for years. All three NA teams will be challenged to shut down ADC Martin “Rekkles” Larsson while not falling behind elsewhere. Fnatic is known for their style of strange comps and constant skirmishing, but the point of those skirmishes is to force their opponents into tough resource allocation decisions.

G2’s record this summer isn’t as pristine as it has been in the past. We already know TSM can beat G2. They did so at MSI with superior vision control, which turned into free objectives. That’s a good roadmap to use against the kings of Europe.

As far as North America’s chances at winning the tournament, well, they’re not good. Fnatic and G2 present coordination and control challenges no NA team has answered consistently even in their own region. Add in the travel, and it looks like Europe will defend home turf—this time around.