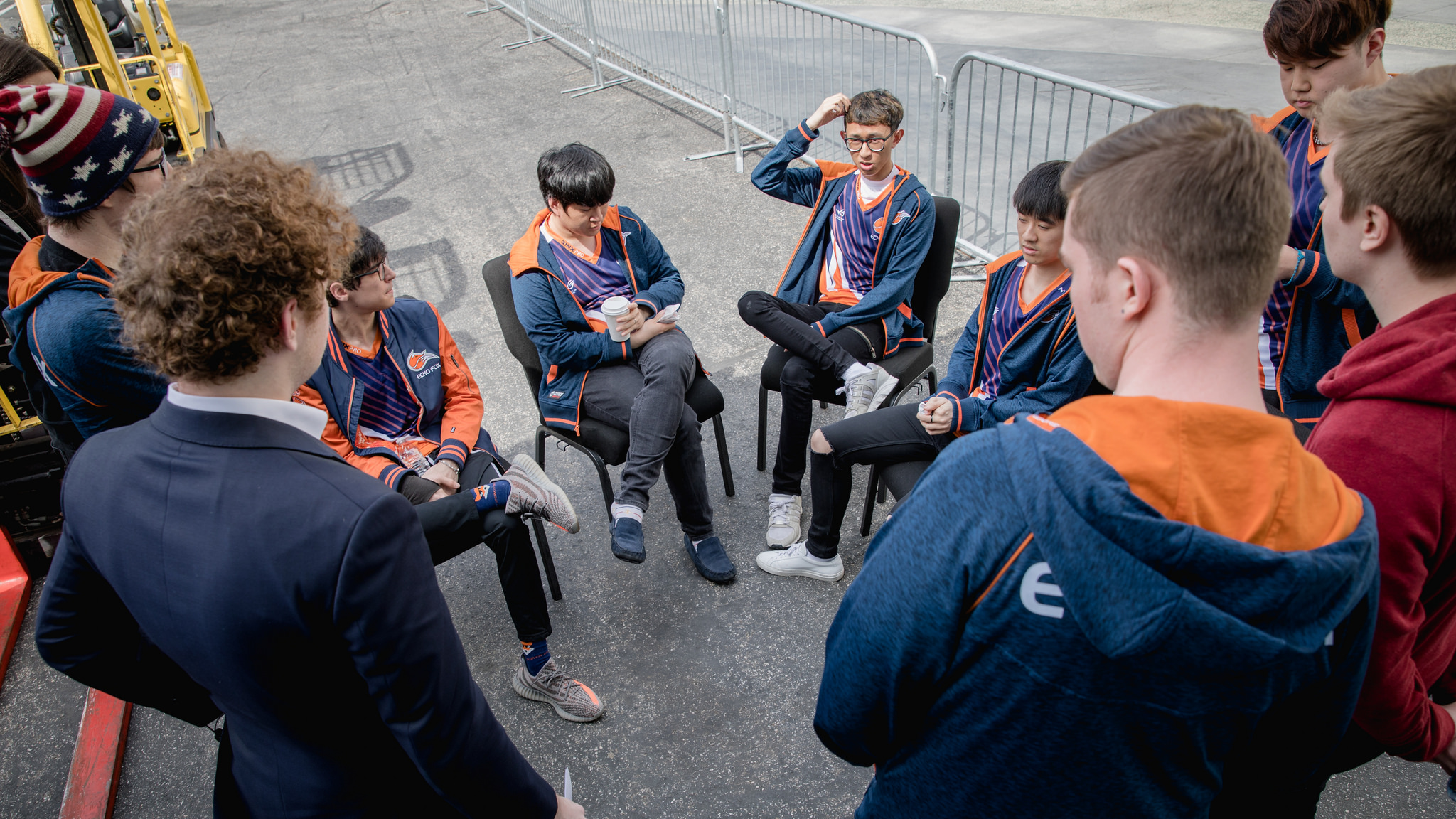 Echo Fox threw the already-chaotic NA LCS into further disarray last week when it suddenly announced that three starting players would be dropped. LCS fans had grown accustomed to little player movement during the season. That’s part of what made 100 Thieves’ earlier trade of jungler William “Meteos” Hartman so surprising.

But that was just one player. Echo Fox’s moves involved three, with two players coming up permanently from the Academy squad and a trade with C9 for a third. For a team that’s been desperate to reinvent itself, this could be the ultimate shot in the arm.

Or, it could be the last straw—it’s hard to tell with a lineup that was perceived as volatile even before the season. So which will it be? Salvation or ruin? We took a dive into the players involved to find out.

First, what was wrong?

Unlike some NA LCS squads, Echo Fox have long had a strong identity. They want to play around strong solo lanes that give jungle star Joshua “Dardoch” Hartnett room to thrive.

But that’s also their curse—they had become so set in their ways that opponents could count on them to react in a certain manner. They loved giving top laner Heo “Huni” Seung-hoon carry champions and asking him to play super aggressively. That puts the onus on Huni to balance the risk of pushing forward with his knowledge of the map to still stay safe.

Meanwhile, the bot lane was an island, left to fend for itself while plays were made elsewhere. In their best games, Echo Fox split people apart by finding picks and skirmishes where their individual talents could shine. But in lower moments, they would dive too deep to make plays and didn’t look like a cohesive unit in teamfights.

What Damonte brings to the table

The first change the team made this split was substituting Academy mid laner Tanner Damonte in for Kim “FeniX” Jae-hoon. Damonte has been on the fringe of the LCS for some time, getting some games on stage with Echo Fox last year. After a suspension for solo queue toxicity, it seemed like a good bet to try him out.

For the most part, the experiment has worked. FeniX is a solid player, but as the meta shifted away from mid lane mages, his effectiveness waned. Damonte has a similar champion pool on paper, but given the team’s struggles, it was still an understandable move.

What was more curious was the decision to drop FeniX altogether. Now the team has no backup plan—it’s Damonte or bust. The good news is that he’s had a few good games in the starting lineup—games that have been lost outside of mid lane. But we still have to see what unique qualities he can bring to the table, or how he’ll jell with Dardoch to control mid vision. Echo Fox surprisingly aren’t the worst in the league at vision control—their motto has always been, “ready, fight, ward.”

What about the bot lane?

The bot lane is where the mysteries really start. Let’s begin with Andy “Smoothie” Ta, an MVP candidate from last split who shockingly fell out of favor with C9.

Smoothie gives Echo Fox some leadership in all phases of the game. He’s known for recalling and roaming to other lanes, which fits with Echo Fox’s identity—especially if the mission is still to get Huni ahead.

The problem is, he was able to roam on C9 because his lane partner, Zachary “Sneaky” Scuderi, was excellent at holding waves at the tower without getting himself killed. Sneaky’s not known as a strong laner, but he’s self-reliant and enabled a lot of what Smoothie liked to do. Now he gets to lane with a rookie in Lawrence “Lost” Hui.

If we’re unsure of what Echo Fox has in Damonte, Lost is a total question mark. Mired on a bad Fox Academy squad, he’s had pretty dismal results this split. We simply don’t know if he’s a good enough laner to let Smoothie roam. Hell, we don’t even know if he and Smoothie can lane together. Echo Fox likely doesn’t know, either.

The other problem is Cloud9 weren’t known as an especially creative late-game team. Their late game often came down to asking mid lane and ADC to carry teamfights, which made sense given their talent advantages at those positions. Sneaky and mid laner Nicolaj Jensen saved them time after time.

That coincides with Echo Fox’s biggest weaknesses: Throwing the game after lane phase. Maybe Smoothie can give them some direction and teach them how to stay safe after 15 minutes. But we haven’t seen that effect on his teams in the past.

Where does it all lead?

Perhaps the most confusing aspect of the trade was the fact that Echo Fox were still tied for first place at 6-4 in the standings as of last week. This isn’t a desperate move like the ones Cloud9 and Clutch Gaming have made in recent weeks.

It’s hard to see the team maintaining a winning record for the next few weeks as they sort through the changes to the roster and coaching staff. Going .500 would be a miracle.

On the other hand, this clearly wasn’t a good enough roster to win the LCS or make noise in a potential Worlds appearance—so increasing variance makes sense. Finally, this sets up Echo Fox to figure out what to do with three younger players in a way the organization has never done in the past.

Echo Fox looked at the path the team was set on and decided a course correction was needed. While the timing is a bit questionable, we can’t argue with the basic premise that change was necessary.