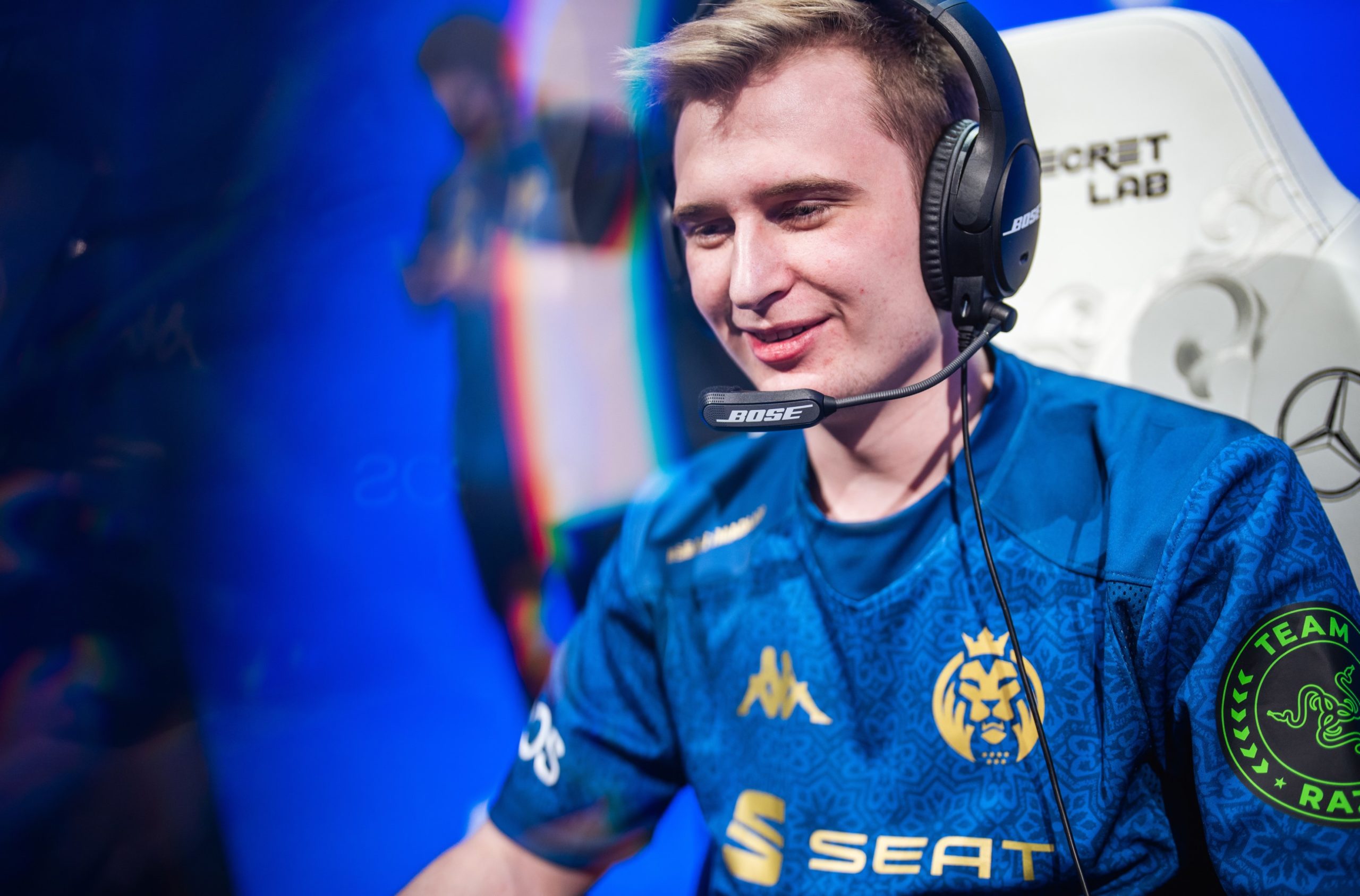 The undisputed best team from Europe, MAD Lions, had to squeak through the group stage of the 2021 League of Legends World Championship after tense tiebreakers and dramatic comebacks. Their quarterfinal opponents, DWG KIA, breezed through their group, becoming just the fourth team in Worlds history to post an undefeated group stage record.

The two teams’ individual roads to their quarterfinal matchup couldn’t have been more dichotomous. DWG KIA and MAD Lions each won multiple domestic titles this season, but when the focus turned to the World Championship, they went down different paths over the last two weeks. While DWG KIA skated through the tournament’s “group of death,” MAD Lions have already had to fight for their Worlds lives on three separate occasions.

Still, despite vastly different roads, varying international performances, and completely opposite starts to their respective Worlds runs, MAD Lions and DWG KIA—the best League teams from the West and the East, respectively—will throw everything on the line when they meet in a winner-take-all best-of-five on Oct. 24. The stakes couldn’t be higher.

DWG KIA and MAD Lions have been on a collision course since their first meeting at the Mid-Season Invitational earlier this year. In that series, MAD Lions were up two games to one against the defending world champions, pushing DWG KIA to the brink of elimination. Had they held onto their lead, they would have sealed one of the most improbable upsets in League history. Instead, they were dispatched by the ever-resilient Korean titans.

Both teams then went back to their respective regions without the MSI title since the trophy went to Royal Never Give Up of the LPL instead. But DWG KIA and MAD Lions found ways to return to the international stage at Worlds as the number one seeds from Korea and Europe, respectively.

These aren’t the relatively inexperienced teams that represented their leagues at Worlds last year. Both MAD Lions and DWG KIA have dominated their domestic scenes in 2021, and each squad boasts a full roster of internationally experienced players.

Just one of the 10 starters in this match (MAD Lions jungler Elyoya) is making his Worlds debut this season. When taking pedigree into account, it’s clear that MAD Lions and DWG KIA are two of the most tenured squads left at the World Championship. The difference? One of them has the Summoner’s Cup to defend.

Matchup to watch: Fireworks in the mid lane

It’s nearly impossible to discuss DWG KIA without mentioning ShowMaker, the practically undisputed best player in not just the Worlds top eight, but the world itself.

The last time ShowMaker faced off with MAD Lions, the one-time LCK MVP took over, posting a scoreline of 18/5/43 against the LEC champs earlier this year. Additionally, ShowMaker outclassed MAD Lions mid laner Humanoid in the damage per minute category during that series, posting a mark of 579 compared to Humanoid’s 434, according to League stats site Games of Legends. And once you take into account that ShowMaker had a CS advantage at 15 minutes in four of the five games in that set, it becomes painfully clear who has the upper hand going into their Worlds meeting.

Still, one lopsided best-of-five isn’t enough to discount Humanoid entirely. The second-year MAD Lions mid laner is among the best in the world at his position and has three consecutive appearances on LEC All-Pro teams to back himself up.

Humanoid even got an endorsement from ShowMaker when the LCK titan said in a pre-Worlds interview with Ashley Kang of Korizon that he has “always rated Humanoid high. And this time, he’s coming to Worlds by once again winning the LEC. I want to meet him.”

But if Humanoid is going to solidify himself alongside modern mid lane greats like ShowMaker and others, he has to beat them first. Should Humanoid get past DWG KIA and ShowMaker in the quarterfinals, he’ll have T1 legend Faker waiting for him in the next round of the World Championship. Becoming just the fourth Western mid laner in the last four years to reach the Worlds semifinals would do wonders for his résumé.

In a bout between the “best of the West” and the “best of the East,” we’re siding with history and taking DWG KIA to come out on top and advance to the semifinals by a narrow score of three games to two.

The defending world champions are on a warpath and look arguably more dominant than they did during last season’s title run. Plus, DWG KIA have already proven that they can handle the LEC champions on the international stage in a best-of-five.

That’s not to say that MAD Lions won’t put up a fight, though. They are well-experienced in grueling matches, having won six out of the seven best-of-fives that they’ve played in this year, with the only loss coming to DWG KIA back at MSI. Our gut feeling is that these two heavyweights will engage in an even closer battle than their first meeting, but the end result will be the same.

MAD Lions and DWG KIA will meet in the quarterfinals of the 2021 League of Legends World Championship on Oct. 24 at 7am CT.