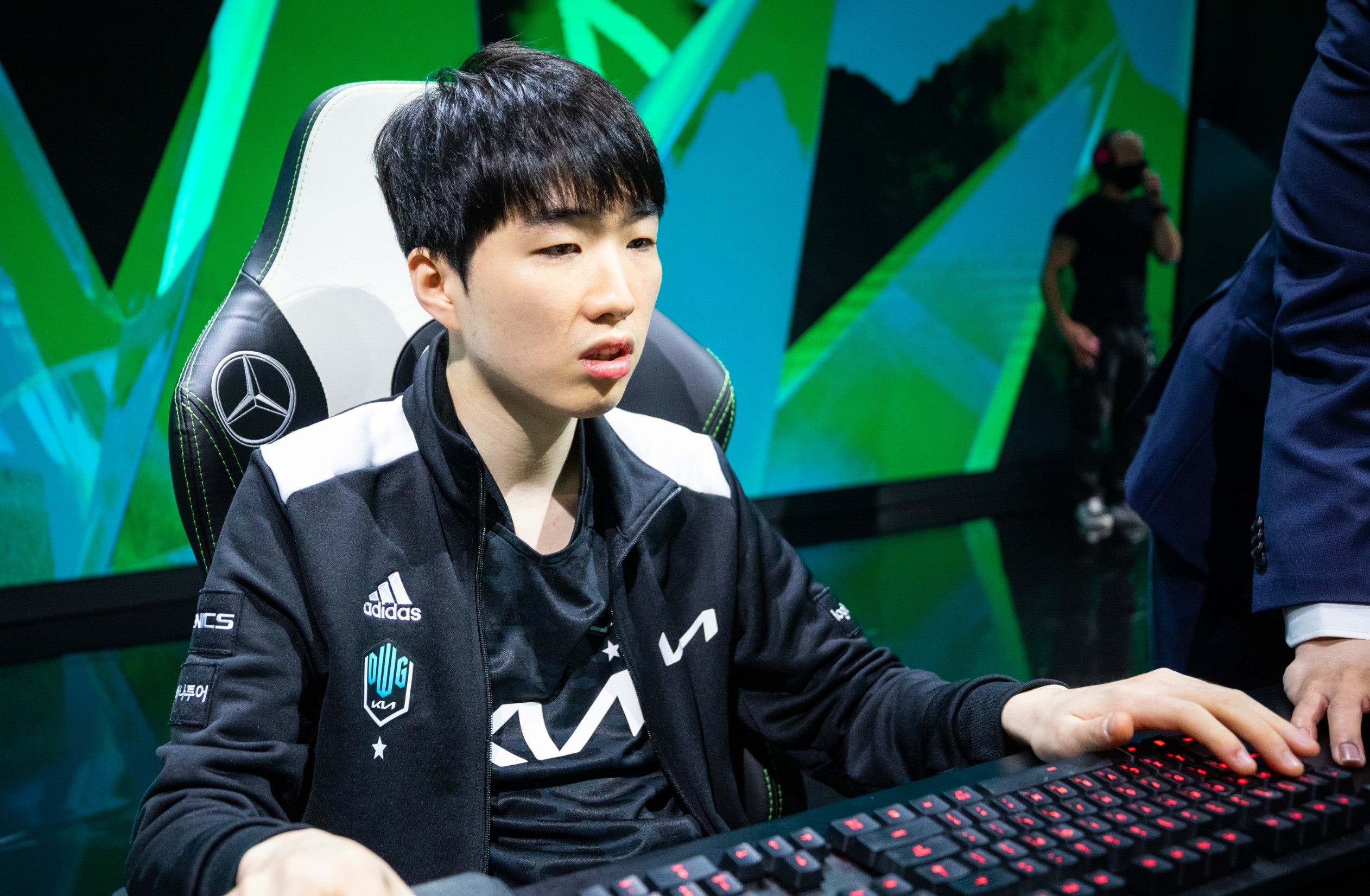 DWG KIA subbed out Ghost in favor of substitute jungler Malrang for today’s match, according to Ashley Kang of Korizon.

DK were upset during their last series against KT Rolster last week. While this move might look like a surprise to many, it makes sense since DK’s bot lane is currently their weakest point. Khan, Canyon, and ShowMaker are always even or winning their lanes, and their losses are usually due to the opposing bottom laner snowballing and then beginning to roam and impact the map.

While Malrang has been subbed in for the bottom lane position, his primary role is of a jungler. The current rumors in the scene according to Korizon’s Kevin Kim is that DK players will swap their roles and Malrang will be the jungle. Based on the activity of solo queue accounts of the DK players, the roles most likely to be played today is:

DK had a strong 2021 Spring Split but wasn’t able to replicate their championship-winning performance in the international scene. Even though they qualified for the MSI grand finals, they weren’t able to take down the LPL squad Royal Never Give Up. The big difference in that series for DK was the bottom lane, who wasn’t able to keep up with their Chinese opponents. It’s unclear if this is the reason for Ghost’s benching, but if DK is willing to substitute in a jungle player, there’s likely something serious brewing behind the scenes.

Catch DK in action with their new roster in the match against Afreeca Freecs on LCK’s Twitch channel right now.