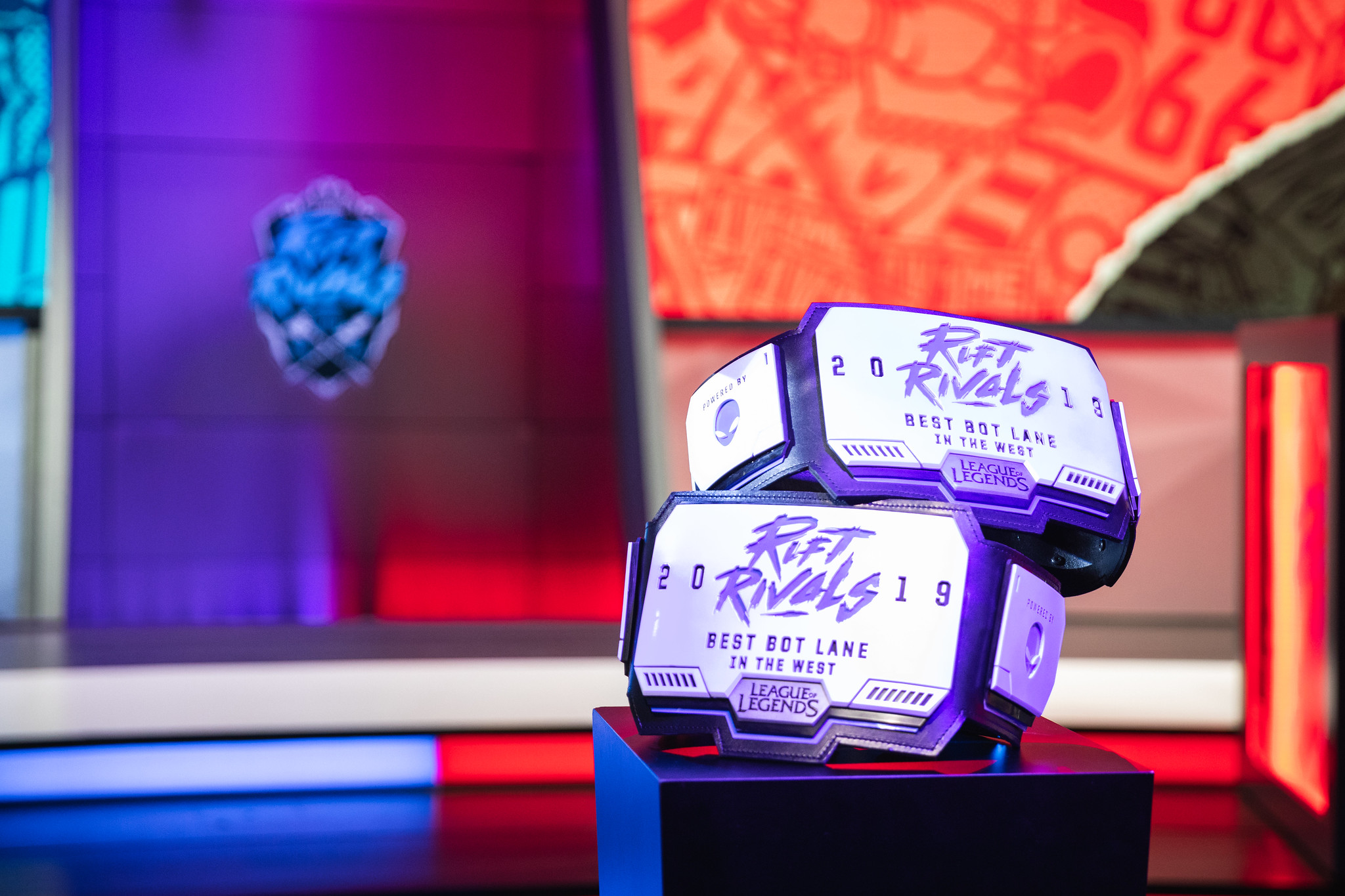 The 2019 version of NA vs. EU Rift Rivals got off to a weird start. The European players, who were traveling to North America for the second straight year, were openly dismissive of the competition. They viewed it as a vacation to Los Angeles’ sunny summer weather.

When the actual games got underway, it was clear that, vacation mentality or not, the LEC teams were way ahead of the LCS. That wasn’t a surprise to nearly anyone. The only NA team that seemed to do well was Team Liquid.

Afterward, TL bot laner Yiliang “Doublelift” Peng had strong words for Cloud9 and TSM, the other two LCS representatives. He called them “very lacking” in an interview and had more words for them on social media:

And you know the thing? Doublelift isn’t wrong. A massive gap has opened up between NA and EU teams, one that TL cannot fill by themselves.

Of the two teams in question, Cloud9 are better situated to move on and get better. They played Rift Rivals without bot laner Zachary “Sneaky” Scuderi due to an illness. Sneaky has his defects in the lane phase, but he’s C9’s longest-tenured and most important player, someone whom their whole late game strategy is built around.

C9 had to focus around Sneaky because last offseason, they lost star mid laner Nicolaj Jensen to TL. To replace him, they ironically looked to Europe, signing away Yasin “Nisqy” Dincer away from Splyce.

Nisqy has had some moments in the LCS this year. In fact, he just stomped TL with a Veigar game that kind of came out of nowhere. But he has been inconsistent overall, and that really showed at Rift Rivals. He died again and again to obvious ganks and didn’t have any lane control, an extension of his problems in the LCS.

After the tournament, Nisqy said that he learned he “had to play a lot more champions” in order to compete with the European mids. But he’s said in other interviews that he and Cloud9 have been experimenting with champion pools all year. This shouldn’t be a new thing halfway through the Summer Split.

The interesting thing about Nisqy is that, when they lost him, Splyce didn’t have to look elsewhere for an import replacement. They found Marek “Humanoid” Brázda from the European regional leagues and kept on trucking. They’re currently either the third- or fourth-best LEC team, depending on who you ask, and narrowly missed out on an invite to Rift Rivals themselves.

With top laner Eric “Licorice” Ritchie out indefinitely with a wrist injury, Cloud9 are facing the very real possibility of three losing lanes against good teams. That’s too much even for jungler Dennis “Svenskeren” Johnsen to overcome. Backup jungler Robert “Blabber” Huang continues to struggle in limited starts. Where is the upside for this team?

It starts with coach Bok “Reapered” Han-gyu, who has pulled magic out of his hat before. C9 have faced bigger odds before and overcome them, and it’s foolish to count them out at this stage. But it does feel like that, with Licorice out and Jensen gone, this team isn’t the same old C9 anymore.

We know for a fact that TSM isn’t what it used to be. Last offseason, management made the conscious decision to reboot the roster again, with three new players coming in. The results have so far been mixed.

TSM were clearly hoping that star mid laner Søren “Bjergsen” Bjerg would get his new charges up to speed. In some ways, that’s happened. Top laner Sergen “Broken Blade” Çelik make more mistakes than he should, but he also pops off sometimes. At the very least, it doesn’t look like a mistake that the team let Kevin “Hauntzer” Yarnell go for him.

The other positions have been less successful. Bot lane is completely invisible—ADC Jesper “Zven” Svenningsen is quietly putting together some awful lane numbers. Based on data from Oracle’s Elixir, he’s not much better than Sneaky at this point.

But the biggest problem has been jungle, where Jonathan “Grig” Armao and Matthew “Akaadian” Higginbotham are splitting time. The problem is neither of them looks like a great fit next to Bjergsen. Mid-jungle is a complex dance where two partners need to have an innate feel for each other’s thoughts and movements. So far, TSM’s trio dance has been awkward and halting, which plays into the favor of their opponents.

Some of the stuff is incredibly nit-picky, like Bjergsen not communicating the position of an enemy ward. That stuff probably happens a lot even in professional games, but you may not always know when it happens.

The problem is, the whole point of building around Bjergsen is that he knows all those details and has full control of the game. So far, it hasn’t looked that way at all. Instead of getting his junglers to play his style and become an extension of his brain, Bjergsen looks like he’s on an island. Even on set plays, TSM often find themselves matched by equal numbers of the enemy team.

TSM’s challenge feels more existential than what C9 face. The team has always been about its solo mid moniker—nobody knows what will happen if that isn’t enough. Unlike Nisqy, Bjergsen almost never loses lane. But if TSM can’t figure out how to support him, they’re going to continue facing win-lane-lose-game situations.