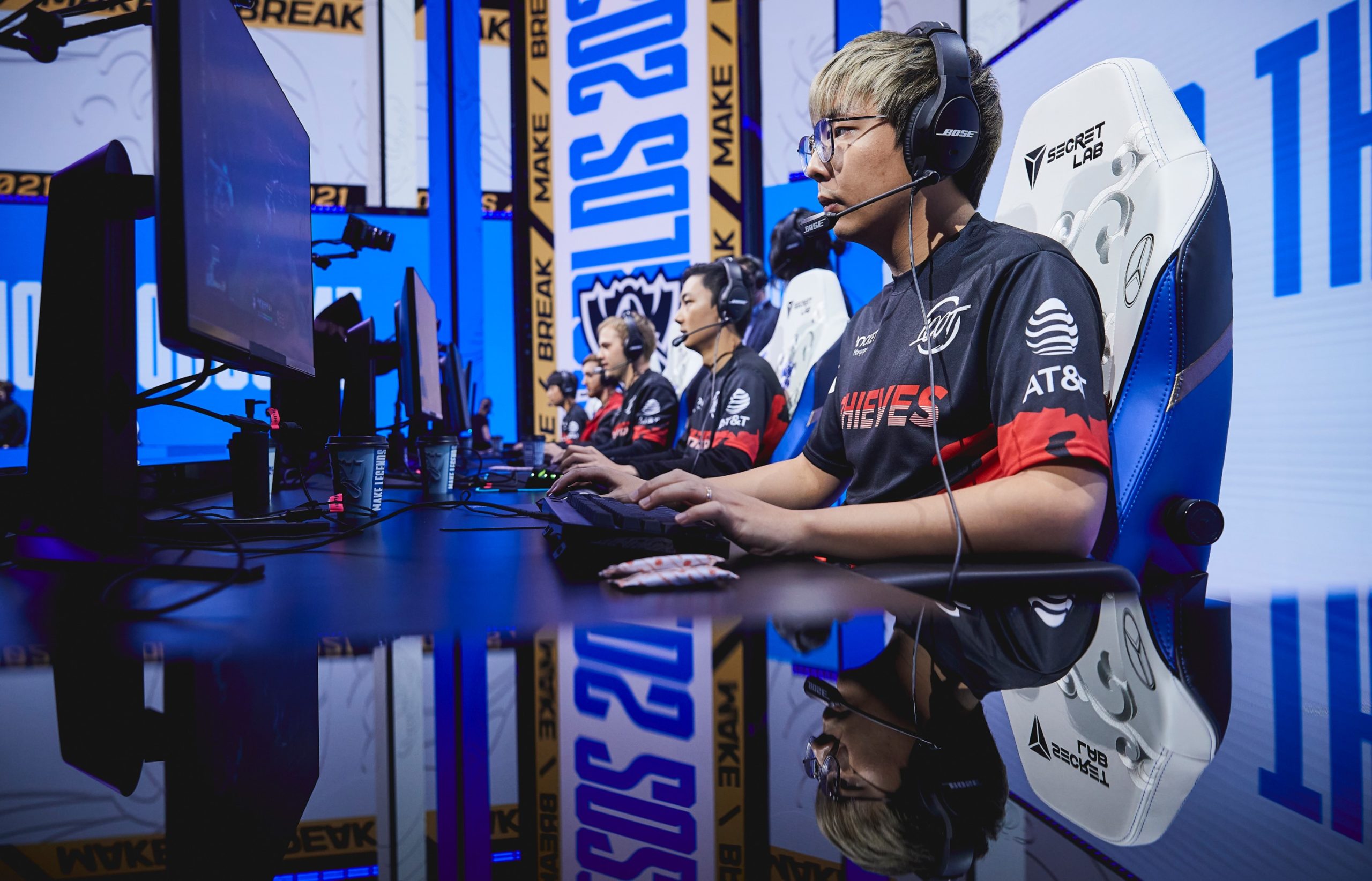 Everyone was able to take a deep breath after the first day of the 2021 League of Legends World Championship group stage, but the second day of the tournament’s main event refused to take its foot off the gas. At multiple points throughout the day, the supposed “game of the tournament” was played, only for another game later in the schedule to usurp the previous one of its title.

Now, after 16 full games have been played during the group stage, some groups are already appearing to be complete washes for certain teams, while others are as competitive as ever. Still, each team at the tournament has at least four games left on the board. There’s plenty of League left to be played.

The Worlds field of 16 teams will each wrap up the first round-robin of the group stage tomorrow. And with several teams already deep in a 0-2 hole, their tournament hopes could be on the verge of getting snuffed out. For now, though, each team at Worlds is alive in some regard and the tournament is only just starting to heat up.

Here are some of our biggest takeaways after two days of play at the Worlds 2021 group stage.

The LCK comes back to Earth

After wiping the first day of the tournament clean with four straight wins, representatives from Korea’s LCK posted a combined record of 1-3 on day two of the group stage. The region’s lone win of the day came early on in the schedule when DWG KIA took down Rogue of the LEC in a 37-minute back-and-forth thriller. Beyond that single win, though, Korean squads were cut down across the board with T1, Hanwha Life Esports, and Gen.G all failing to capture a victory.

Coincidentally, each of the LCK teams to falter today lost to a champion of a uniquely different region. T1 fell at the hands of LPL champions EDward Gaming, Hanwha Life lost to PCS champions PSG Talon, and Gen.G dropped their contest with LEC champions MAD Lions. But the schedule eases up for the LCK squads tomorrow, considering three of the region’s four teams will be matched up against opponents with losing or even records.

The gap (slightly) closes in Group A

Group A featured two East-vs-West matchups on day two of groups. Both Rogue and Cloud9 put up respectable fights against DWG KIA and FunPlus Phoenix, respectively. In the end, the last two world champions both defeated their Western adversaries today.

For Rogue, a weak early game against DWG KIA eventually transitioned into a hopeful mid-game propelled by stellar play out of AD carry Hans Sama. For C9, a strong early game bled into a mid-game throw pinned directly on the back of four side lane deaths from Perkz. For both teams, the result was the same: defeat.

While it’s highly unlikely that the two third seeds out of the LCS and LEC will advance out of Group A and stymie the chances of the two best teams in the world, close and genuinely winnable games against them could bode well for a chance at potential upsets during the later phases of the group stage. Rogue and C9 will swap opponents tomorrow, with C9 taking on DWG KIA and Rogue going head-to-head with FPX. Earlier this year at the Mid-Season Invitational, C9 and DWG KIA played each other four times, with the LCK champions winning three of the four contests.

Royal Never Give Up may have come into Worlds as China’s third seed behind FPX and EDG, but this year’s MSI champions are quickly reminding the global community that they’re one of the best teams in the world. RNG made quick work of a shorthanded Fnatic squad today, earning 34 kills as a unit and winning by nearly 14,000 gold. For any sole professional player, reaching the 10-kill mark in a single game is a rare feat. So for RNG to sport two players who eclipsed double-digits (Xiaohu and GALA) and one more to come just one kill away (Wei) against Fnatic is practically unprecedented.

Keep in mind that RNG kicked off their MSI championship run with a 12-game winning streak. Of course, they’re a ways away from breaking that personal record, but if RNG get rolling, they’ve proven before that they can be nearly unstoppable.

Worlds resumes tomorrow, Oct. 13, at 6am CT with a matchup between RNG and Hanwha Life Esports.