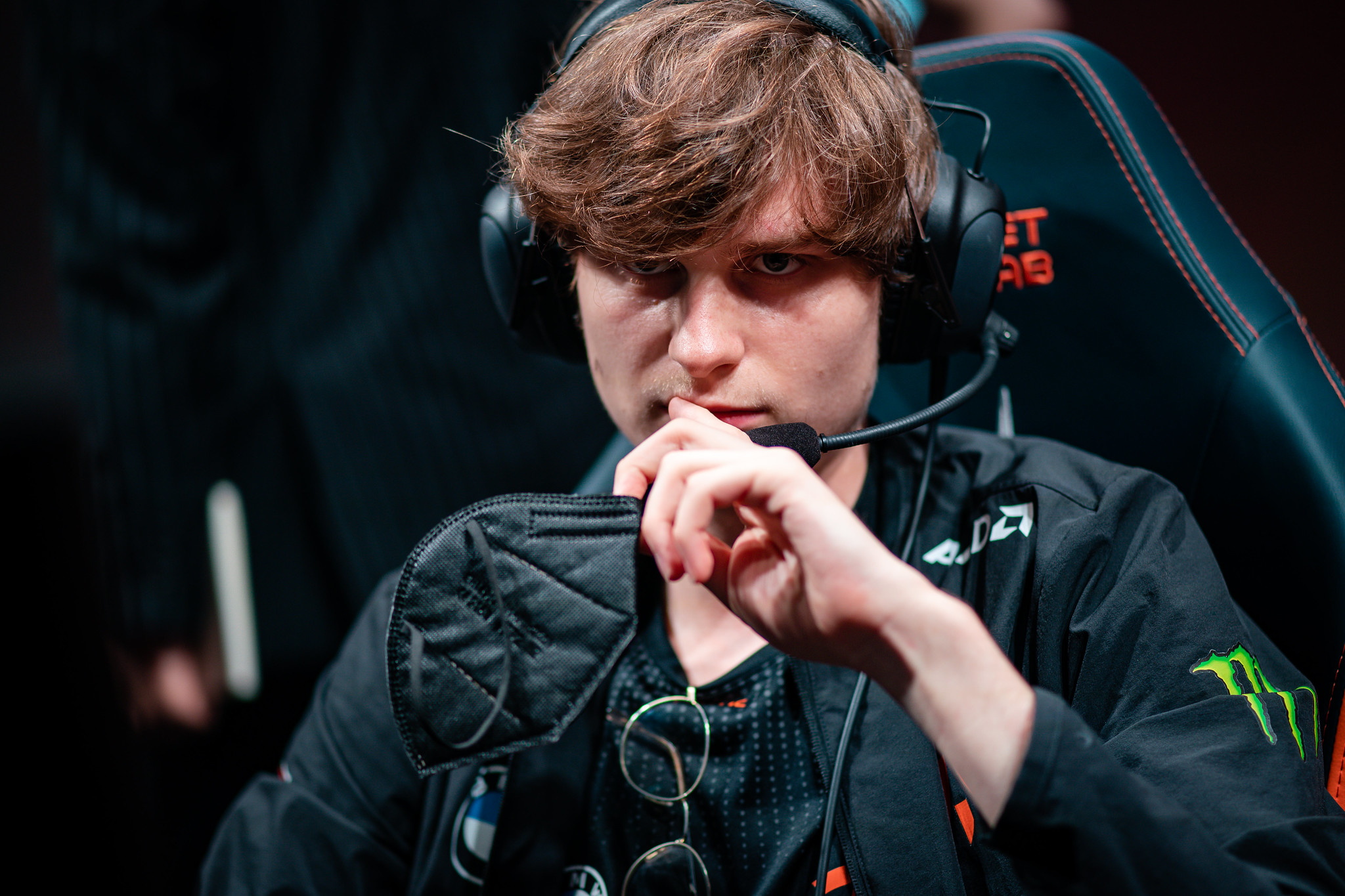 Fnatic starting ADC Elias “Upset” Lipp has returned home to Germany and won’t play for the organization’s League of Legends roster “until further notice,” according to a statement from today. Academy ADC Louis “Bean” Schmitz will take over his position temporarily for the team’s debut at the 2021 World Championship group stage.

Upset was “forced to return home” after an “urgent family matter,” the statement reads. The announcement says that the player “will until further notice not start” for the team during the group stage, but doesn’t confirm if Upset will join the tournament in the future.

ADC Bean has been scrimming with the team just once, sources close to the team told Dot Esports. Bean has been playing for Fnatic Rising in the NLC for the past year, and he’s considered one of the best AD carries outside of the LEC.

Fnatic surprised in the last LEC split after some risky changes in the offseason. Nonetheless, the team made it to the LEC Summer Split finals against MAD Lions, with Upset being one of their best and most decisive players. It remains to be seen how Upset’s departure will impact Fnatic at Worlds.

Bean and Fnatic will debut at the Worlds stage tomorrow at 8am CT, facing Korea’s Hanwha Life Esports.