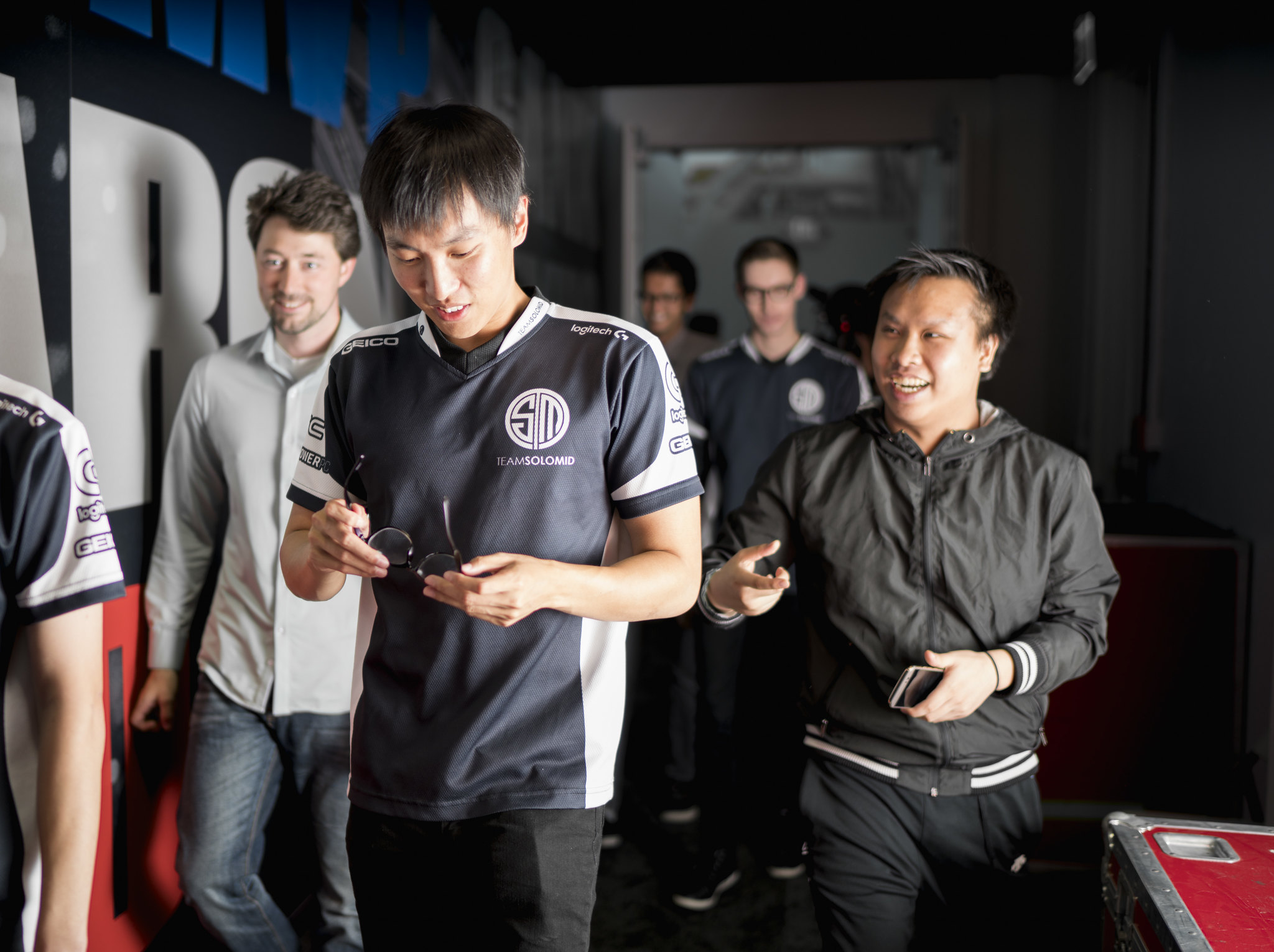 There are a lot of things to love about esports. The competition is unparalleled and exciting. The courage it takes for players to step in front of thousands of screaming fans and make big plays is awe-inspiring.

But under the surface, there’s another aspect of esports that many are aware of, but often don’t acknowledge outright. It’s the business of esports, which sees teams as moneymaking machines and players as disposable commodities. And the way sports leagues are structured to make money expose them to something unsightly but nearly impossible to eliminate: conflicts of interest.

The most recent issue that brought awareness of conflicts from the underbelly of esports to the forefront is from the LCS: The trade of star ADC Doublelift from Team Liquid to TSM. Many, including powerful voices in the media, cried fowl. After all, he was dating TSM’s president, Leena Xu. It seemed like either tampering before the trade or a conflict of interest within the team after.

In the end, the LCS did investigate the trade for compliance with the rules. The primary issue under review was likely the potential for tampering, since the conflict within TSM—Doublelift working for his girlfriend—isn’t really a league matter.

Riot reviewed records and interviewed the people involved. In the end, Riot approved the trade. The investigation was probably as complete as it could have been, but it was never going to uncover evidence of wrongdoing. The two teams would have been incredibly careless to leave a smoking gun for Riot to find. And any such evidence would have to be extremely explicit for Riot to act.

Of course, tampering is a real issue, but in a closed system like the LCS, it will grow increasingly impossible for evidence of such behavior to come to light. Most of these players and some of the executives are friends and have played with and against each other for years. They can communicate via numerous channels, most of which LCS officials have no purview over.

This is no different from traditional sports. The first day of free agency is often explosive in leagues like the NFL and the NBA. In many cases, reports of transactions leak before the official free agency period starts. This can only happen if teams and players are talking through back channels long before contracts are offered and signed. The leagues have gotten comfortable with that as long as nobody does something explicitly wrong. And even when that happens, the punishments are often a slap on the wrist because the leagues know it’s dealing with an impossible problem.

In some ways, the biggest issue with the Doubleift situation wasn’t even the trade itself. Before the trade, Doublelift lived with a ranking member of another LCS team. That breach of competitive integrity was arguably alleviated by his move to TSM. And don’t forget three years ago when TSM actually loaned Doublelift to Liquid to help them escape relegation.

Those sound like ridiculous breaches of moral rectitude, but they shouldn’t because modern sports leagues are clouded in a shroud of moral ambiguity.

Out of many, one

The easiest way to understand that ambiguity is to correctly understand the structure of franchised esports leagues, like the LCS. On its face, the LCS consists of 10 competing franchises playing a zero-sum game—for one team to win the title, the nine others must lose.

But that’s only the game. On the business front, franchises behave less like rival companies and more like divisions of the same company. Sure, there’s competition for sponsors and fans. But the whole point of franchising is to create greater value for all the teams by bargaining as a unified entity.

In this paradigm, teams compete but they also help each other since anything that’s good for the LCS is automatically good for all the franchises. Remember, these franchises paid expensive upfront fees to join the LCS. The only way to make a return on investment is to make the whole pie bigger, not just an individual team’s piece.

Applying that to Doublelift, his move to TSM is good for the league. It creates interest for one of the more popular players and teams and no wrongdoing was found. It sucks for teams that wanted to sign him but didn’t have Xu on their payrolls, but they’ll play ball because LCS teams are supposed to work together.

Isn’t this collusion? In most industries, yes. But in the U.S. and in Europe, sports leagues enjoy broad antitrust exemptions. That means the 10 LCS teams can legally collude for the betterment of the league. Just as they can collude while negotiating sponsorship agreements as a league, they can decide together how to deal with players, from setting salaries to determining how players can be transferred among teams. Sports leagues function as legal monopolies, which can leave the players in the dust.

The obvious example of a player left behind is TSM’s former jungler, Dardoch. The conflicts posed by Doublelift’s relationship with Xu and their mutual employment by TSM came to a head when, weeks after the trade, Xu was heard on Doublelift’s stream commenting on Dardoch’s employment status.

Specifically, Xu was caught saying that no other LCS team wanted to trade for Dardoch. This sucks for Dardoch’s reputation, but as long as he’s under contract with TSM or another org, it shouldn’t affect his earning potential, assuming that contract is guaranteed. And that sort of leak could have happened even if Doublelift had stayed with Liquid—him living with Xu is the issue, not the fact that he joined her team.

That’s an area that’s impossible for Riot to legislate. It’s not going to tell Doublelift and Xu to break up—as long as TSM is comfortable with it and the associated sexual harassment risk—their relationship is off-limits to LCS officials.

But the situation does underscore one area of concern with a franchised league. Because the teams can legally collude, there’s an especially vulnerable group of people: the players.

Riot tried to address this with an LCS Players Association. That Association isn’t toothless, but it’s still funded by Riot, which makes it conflicted itself. It’s time the players establish a formal union with a collective bargaining with the LCS. That likely wouldn’t have changed much with this situation, but it’ll benefit players in all future negotiations with the LCS monolith.

Esports is growing up and the players need to grow up with it.