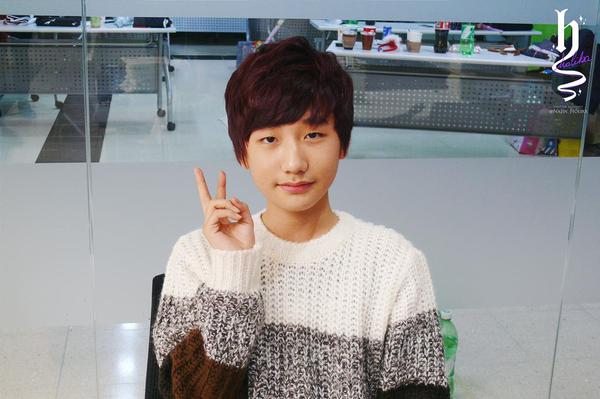 Yoon Wang-ho or otherwise known as “Peanut” (?? ??) has been a substitute for the Najin organization for the last half of the year. On February 3rd, Peanut turned 17 finally making eligible to play with the Najin squad in the League Champions Korea. The reason Peanut has been such a hyped player is the fact he achieved number 1 on the Korean solo queue ladder, an extremely difficult feat when you players like Apdo and Faker against you. He dethroned god himself Faker around September 2014 and quickly became the talk of the town for his outstanding mechanics in solo queue. He also currently maintains a 70% win rate with Rek’Sai in solo queue and has been floating around the top 50 for the last couple of months.

Peanut’s entrance into the competitive scene has been long awaited. Peanut is set to eventually replace longstanding Najin jungler Cho “Watch” Jae-geol (???). Watch has played in 3 world championships and has been a part of the Najin organization since its day of Najin sword with MaKNooN. However, the fan favorite has been a fairly mediocre level jungler for the past couple of seasons of Champions with a fairly poor performance during 2014 only spiking in the playoffs of OGN Summer. Watch will most likely be phased out for new blood in order for them to get time in the booth and to develop their talent. Peanut is definitely a step in the right direction for Najin as they have struggled with a match record of 4-7 only mainly beating up the bottom tier teams (KT, Samsung, IM). Peanut brings a refreshing amount of energy to the slumping Najin of the last couple weeks and has a champion pool mirroring Watch’s. Peanut is well renowned for his Rengar, Rek’Sai, and Lee Sin, champions that will fit perfectly in with Najin’s style of play.

Peanut made his debut on Rengar against SK T1 where he was able to output a massive amount of pressure even against former world champion Bengi. He had successful ganks on both the top side and mid lane and really got the ball rolling for Najin in his premiere game. Peanut maintained a 100% kill participation in game 1, being apart of all 7 kills. In following games 2 and 3 this number went down to 72-76% kill participation but was still extremely high for a player’s first time in the booth.

Najin didn’t end up winning the series, but the initial game was still an impressive start from the 17 year old. He did however have one major issue which was his warding coverage. Peanut only had 28 wards on average in this series and it seemed as though he still would need some time to up his ward quota. When Peanut returned in game 2 vs Jin Air his overall level of play wasn’t as impressive as his first series but he did have some growth in the warding department. Peanut’s warding increased from 28 wards placed on average in the first series vs SKT1  to 56 wards in the game vs Jin Air showing that Peanut is getting better and with time can be a top tier player Najin needs to develop.

With Peanut being picked up in the jungle and Rain (now renamed to TANK) in the midlane, Najin may be a serious contender come LCK Summer. I would expect Najin’s level to significantly go up by the time Summer hits as these player see more and more booth time.