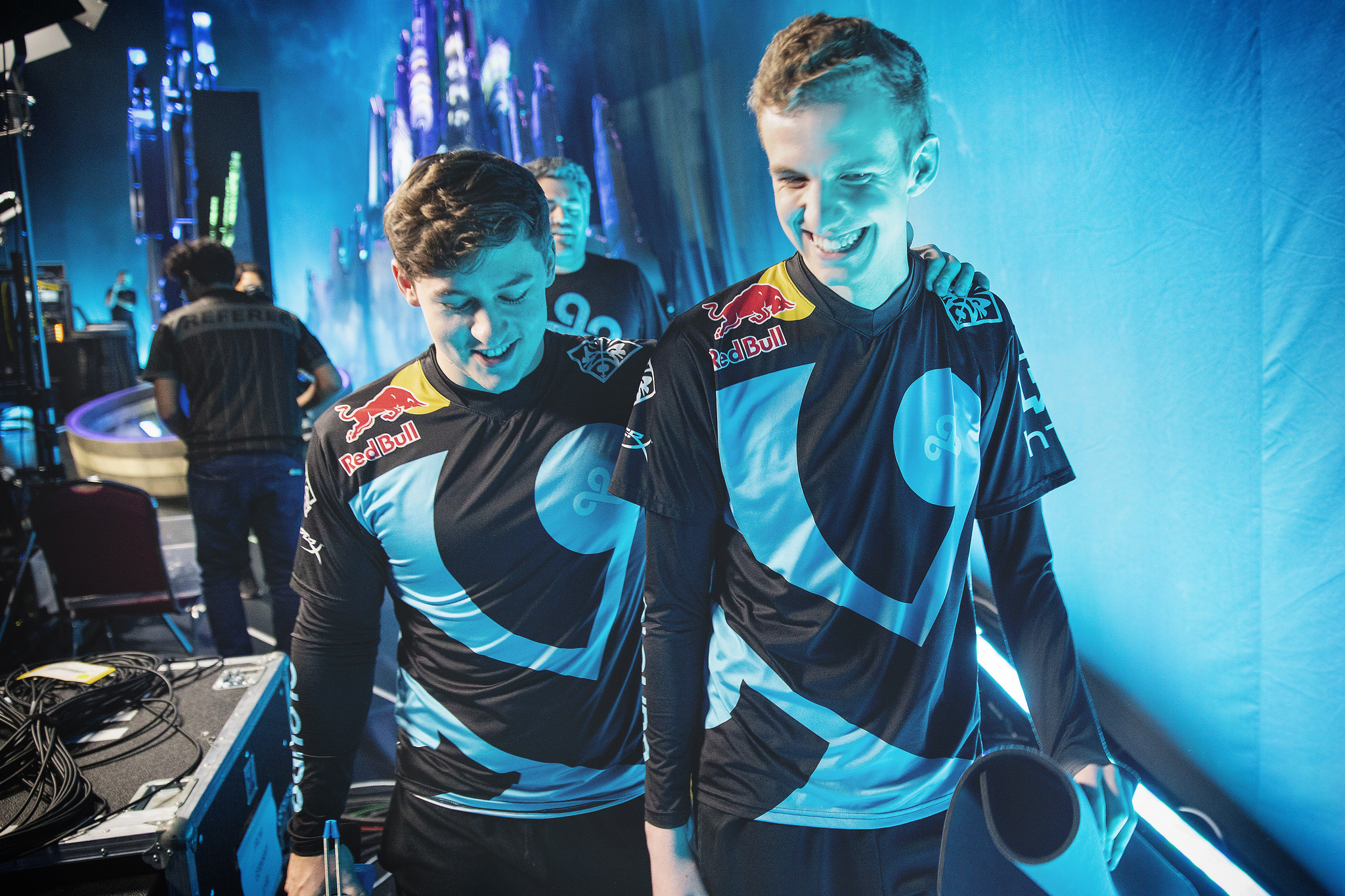 Alright so we know you saw the headline, and depending on who you are, you might be very angry. Or at least perturbed. For that, we’re sorry, but hear us out.

Yes, if you had asked us only one week ago, we’d say Fnatic should win the semifinals match against Cloud9 at the 2018 League of Legends World Championship, but we’re not so sure now. Fnatic were, in our eyes, one of the best teams at the tournament and one of the best in the entire world, after all.

That opinion held firm in our heads from the end of the 2018 EU LCS Summer Split all the way through to Fnatic’s glorious exit from the group stage. It was certainly true when we wrote about the EU LCS’ overall superior talent compared to its NA sister league. And yet, we think that C9 might actually have what it takes to win. Here’s why.

Throughout Worlds, we’ve started most analyses of Cloud9’s games saying “Cloud9 are the underdogs,” or basically just explaining that they have no chance at winning. At one point, though, our method of evaluation was forced to change. It didn’t change from, “C9 are the underdogs,” to “C9 are gods incarnate (yeah, that’s a Nicolaj Jensen pun),” or anything like that, though.

Instead, we went from thinking that Cloud9’s consistent winning was simply defying logic to realizing and understanding that our logic was just incorrect. Maybe C9 weren’t the underdogs after all, and maybe we didn’t give them enough credit. We may have been correct weeks ago at the end of the NA LCS, when we saw them go from last place to the finals only to get demolished by Liquid, but things have changed. Call it a Worlds buff, call it smurfing, call it whatever you want.

Coach Bok “Reapered” Han-gyu made some real head-scratching decisions this summer. He flopped around the starting roster more times than previously thought possible, and whether or not you want to call it luck, it definitely worked out. What C9 has now is a multi-man roster that’s flexible, understanding of their own strengths, and really fucking good. Want to know what changed our minds? The Worlds quarterfinals match against Afreeca Freecs. Talk about an eye-opener.

While it’s incredible (for Western fans) that G2 Esports and Fnatic also made it out, neither of those teams looked as consistent or in-control as Cloud9. And that performance is why we think C9 should actually be considered the favorites this weekend. Sure, Fnatic have been at the top for much longer, but if you evaluate strictly each team’s performance in the first round of knockouts, Cloud9 played objectively better than Fnatic.

One of the only western teams heading into the World Championship that truly and completely looked like they understood their strengths, weaknesses, and style was Fnatic. In fact, it’s possible they were the only team, and the only other glimpse we saw of that on another team was when G2 could get Heimerdinger in the play-in stage. And then the group stage started, and we were shown otherwise.

The two biggest surprises were Team Vitality, the European second seed that no one expected anything from pre-Worlds, and, of course, Cloud9. Both teams threw caution to the wind despite being placed in a group lovingly labeled as the Group of Death by the community. It seemed as though they knew they couldn’t out-macro any of these patient, late-game-centric Korean teams, so instead they just fought, fought, and fought some more. Actually, it didn’t just seem that way, that’s exactly what happened.

Last year’s champions, Gen.G, couldn’t keep pace with either team, and were forced to the very bottom of the group standings and didn’t even qualify for knockouts. Sure, Vitality didn’t qualify either, but they still beat Gen.G. The other team in the group was RNG, and they were knocked out by G2 in the first round of the playoff stage, leaving only Cloud9 standing in the semifinals.

And as barbaric as that sounds, that strategy is perfectly fine for C9. Why? Because the players are excellent mechanically, they know how to navigate fights and push limits—but they also know they have trouble navigating the map. That’s nothing to be ashamed of, and instead of trying to patch up a huge shortcoming in the short time between Worlds games, they elected to just exploit Eastern teams’ weaknesses by forcing fights. And it worked, because C9 are good at fighting. Funny how that works.

If you combine that fact with the fact that C9 looked really damn good in the quarterfinals, and you have one very strange truth that no North American fan expected to witness this year. Believing in Cloud9 as the region’s last hope isn’t a meme this year, and no one expects them to lose immediately when it counts.

They aren’t the bare minimum anymore. You can actually believe in them, because they’ve proven they’re worth believing in. They’re the reason the concept of an NA team in the Worlds finals doesn’t seem so outlandish, and that’s something to be excited about.